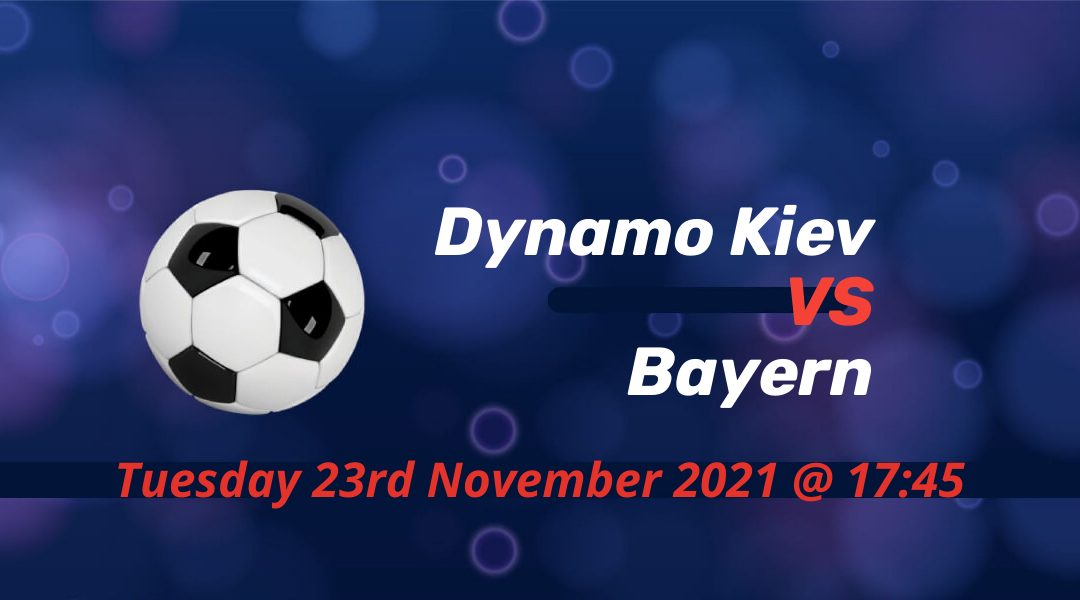 Bayern Munich hope to extend their winning streak in the Champions League when they travel to Kyiv to face Dynamo on Tuesday. The Bavarians are unbeaten away from home in Europe for nearly two years. Dynamo Kyiv pegged back after a good start with defeats home and away against Barcelona.

Before this season, Kyiv and Bayern last met at the turn of the millennium in the second round group stage of the UEFA Champions League. Bayern were 2-1 winners at home, but they faced a shocking defeat in the away fixture which was the final group stage game.

Bayern was already confirmed to win the group that also had another giant Real Madrid. Unfortunately for Kyiv, the win was not enough for them to progress as Madrid made it to the quarter-final on the virtue of head-to-head record.

Real Madrid knocked out Bayern in the semis on their way to winning the title in an all-Spanish final against Valencia. It was also Bayern who knocked out Kyiv in their last semi-final appearance in the Champions League the previous year. But they will always have that memorable win in Kyiv on the playing days of Bayern’s influential Sporting CEO Hasan Salihamidzic.

The match kicks off at 17:45 on Tuesday 23rd November 2021, and the entire match will be available on BT Sport.

Their form under Julian Nagelsmann made Bayern an instant get to go for the Champions League favorites. They also had a good run last season to defend their throne before getting crushed by PSG without star striker Robert Lewandowski.

The Polish striker hopes that will not hinder his chances of winning the Ballon d’Or this month. He wrote another history in the previous Champions League game against Benfica as he broke the record for the most consecutive wins at the stage.

He celebrated the occasion by scoring another hattrick on the night. Bayern scored five goals in a single game against Dynamo Kyiv and Benfica this season. Their narrow win in the competition was the 3-0 demolition of Barcelona at Camp Nou on the first matchday.

Bayern ruthless in the second-half in the Allianz against Kyiv

Eric Maxim Choupo-Moting completed Bayern’s dominant win over Dynamo Kyiv in their first meeting in the group. The Cameronian entered the scene after replacing Lewandowski, who scored a first-half brace. Leroy Sane was sensational on the night as he capped off his performance with a goal similar to fellow winger Serge Gnabry.

Kyiv will be missing Vladyslav Kulach, Denys Popov, Ibrahim Kargbo and Artem Besedin with a serious injury or illness. Vladyslav Supryaga and Vitaliy Mykolenko are doubts to make it to the decisive clash against Bayern.

Bayern had a COVID-19 outbreak scare before the international break, but they’re now all back into the squad.

Bayern is already through to the next stage of the competition. Their last game would see them face Barcelona at home with their old foe Xavi Hernandez now on the throne. If Nagelsmann is planning to give a rest for key players, he could opt for this one. Kyiv will be keen to grasp third place so that they will play European football after Christmas.