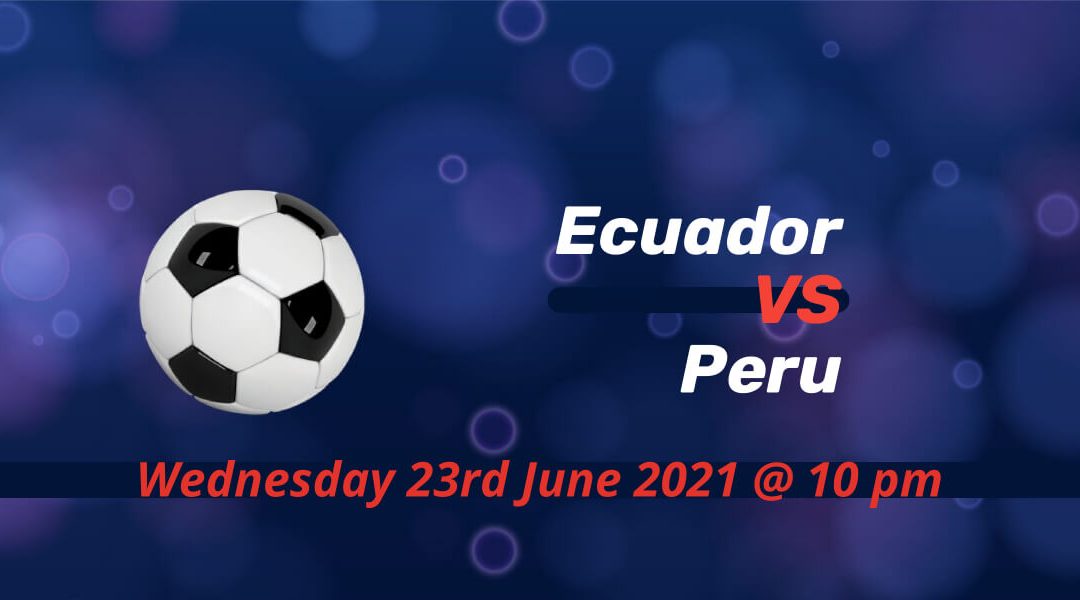 Ecuador search for their first win of Copa America 2021 when they face Ecuador in the fourth matchday. Both teams played two games in the competition so far, with the groups of the tournament consisting of five teams. Peru gets the better of Colombia in their last match after losing to hosts Brazil in their opening fixture. Ecuador only had a single point from two games.

Ecuador came close to collect their first three points of the tournament when they faced Venezuela. They went in front twice in the game, but there is only a point to show for their dominance at the end of the game.

With their talented youngsters having another strong game, Ecuador saw plenty of promise for the future. Still, the result could mean they’ll be the side knocked out of the group if they fail to pick up points against Peru and Brazil.

Gonzalo Plata put Ecuador in front with 20 minutes left to play, but Venezuela managed to salvage a draw late in the game. With Venezuela also picking up a hard-fought draw against Colombia, Ecuador now sits bottom of the group.

In the end, Peru managed to stretch their excellent record against Colombia in Copa America. Although Colombia had seven more wins against Peru, they lost to their neighbours in this tournament for the eighth time to their only two.

Yerry Mina, an attacking threat from set-pieces all game, scored the own goal that helped Peru take their first tournament points. After a 4-0 defeat to Brazil, the result puts Ricardo Gareca’s side back in contention.

They were also finalists back in 2019, and their approach in the first two games has been positive. Renato Tapia was the man of the match as he had an excellent game in the middle of the park with centurion Yoshimar Yotun and Sergio Pena, who scored his first goal for Peru.

Just before Copa America’s start, Peru secured their first win of the 2022 World Cup qualification with a 2-1 victory against Ecuador. The result was vital for Gareca’s side as they started the tough qualifiers on the wrong foot. Peru remained bottom of the qualifiers, with Bolivia having a better goal difference.

Ecuador has its entire squad ready for the big fixture after they failed to win any of their first two games of the group.

Luis Advincula scored against Ecuador in the qualifiers. Still, he was dropped from the Copa America squad as he preferred to focus on Rayo Vallecano. Peru’s 37-year-old all-time top-scorer Paolo Guerrero also couldn’t make the squad after playing that game.

With their final game pitting them against Brazil, Ecuador must win this game if they’ve to make it into the knockout rounds. A draw here could be enough if Venezuela also fails to collect any points going forward. For Peru, a point from this game could be enough for them before their last game against Venezuela.