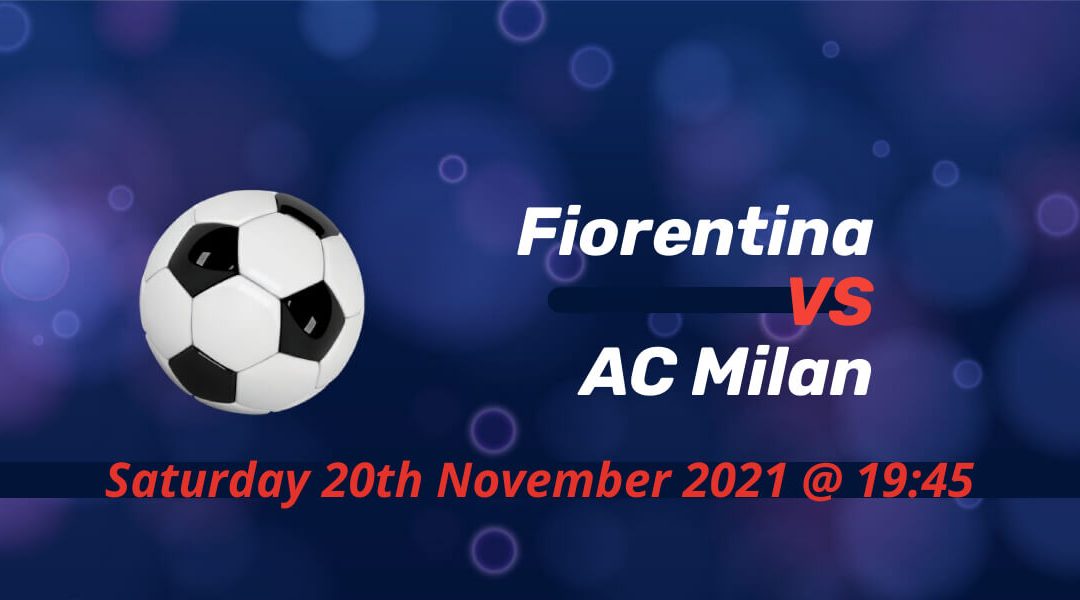 The final Saturday game of Serie A action will see Stefano Pioli return to Viola as Fiorentina host AC Milan. Milan currently sits second of the standing only trailing leaders Napoli by the virtue of goal difference. Fiorentina is in seventh but they lost to five of the top eight clubs this season.

The schedule list hasn’t been kind to Fiorentina in the early phase of the season. They already faced six of the Serie A teams in Europe. Their only points in that run came in a win against the underwhelming Atalanta on the third matchday.

They collected maximum points in their last two home games over Cagliari and Spezia with 3-0 wins. On the road, they had three games winning streak before they face newly-promoted Venezia.

But, including the shock defeat to Venezia, Fiorentina lost each of their last three away games by the same scoreline, 1-0. All in all, considering the relegation fights in recent seasons, Fiorentina had a good start. Before the calendar gets a bit easier, they’ll face unbeaten Milan, however.

It’s not always been easy, but Milan is still going at the same pace with Napoli at the top of the table. The return of talismanic striker Zlatan Ibrahimovic has been a big push for their title race.

Pioli has seen his side abolish pre-season predictions last term as they were in the hunt for the Scudetto the majority of the season. It’s early to conclude now, but Napoli and Milan are currently seven points ahead of the chasing pack that included champions Inter.

After a seven-game winning streak, Milan held to a draw in the derby against Inter before the international break. Hakan Calhanoglu scored in his first game against Milan since crossing over to Inter, but they take the point with pride as they already opened a big gap against their local rivals, who were dominant on the night.

Milan only lost twice in the last ten against Fiorentina

Both of Fiorentina’s last two wins against Milan came in San Siro. The last time they beat Milan at home was back in 2015 with goals from a free-kick and penalty-kick from current Chelsea and Atalanta stars, Marcos Alonso and Josip Ilicic.

Nikola Milenkovic, who was one of the stars in Serbia’s shock win at Portugal to book a ticket to Qatar, is out due to suspension. Fiorentina will also not have the services of star names Aleksandr Kokorin, Nico Gonzalez and Erick Pulgar.

Alessio Romagnoli is currently out as the Milan skipper has a muscle injury. Fellow defender Davide Calabria and Mike Maignan are also long-time absentees.

Milan prevailed in ten of their twelve Serie A games, but with the international break interruption, it’d mean they will play Sassuolo next without a win for nearly a month if they don’t return from Florence with three points. Fiorentina hope to languish around the top of the table.