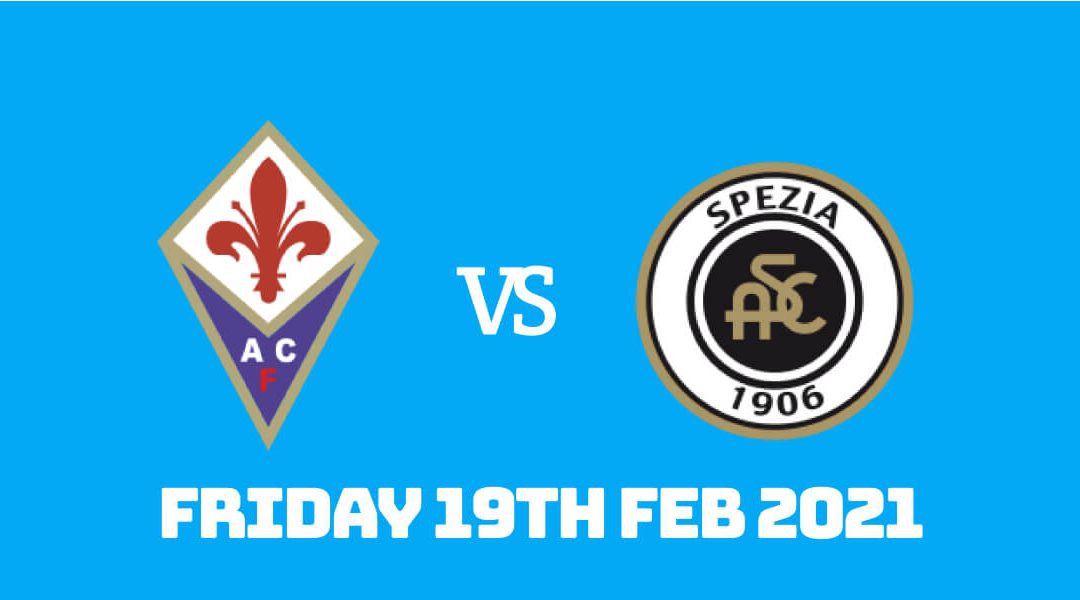 Spezia hope to win three successive Serie A games for the first time when they visit Fiorentina on Friday. The debutants stunned AC Milan last week as they ended Stefano Pioli’s side impressive away record. For all the talent in their squad, Fiorentina still languished in 16th place trailing their Friday guests by two points.

Fiorentina in the wrong end of the standings

The Violas suffered their tenth defeat last week at Sampdoria. They’ve had a solo win away from home this season. Surprisingly, it did come against the champions Juventus, who signed Fiorentina’s star man Federico Chiesa in the summer.

Dusan Vlahovic, who opened the scoring at Juve’s Allianz Stadium, netted his eighth goal of the season against Sampdoria, but the Genoa club took the three points. The Serbian striker is the only Fiorentina player to score more than five goals in the league this season.

And, if we take out mercurial midfielder Gaetano Castrovilli, there is no other player in the squad who scored more than two goals. Even defender Nikola Milenkovic is the only other player with a couple of goals or more in Fiorentina’s abysmal season in front of goal. Only Parma scored fewer goals than Cesare Prandelli’s men in Serie A.

Christian Kouame only missed a single game this season. Still, most of his appearances came off the bench as he only netted one league goal. Franck Ribery struggled with injuries, but he’s the team’s top assister alongside Cristiano Biraghi. January signing Aleksandr Kokorin is expected to make the difference in the second half of the season.

Spezia are enjoying a superb first Serie A season

Successive wins against Sassuolo and AC Milan put Spezia nine points clear of the drop zone. Vincenzo Italiano’s side only won two games from their first fifteen Serie A encounters. But a win at Napoli kickstarted a superb run for the Little Eagles.

In addition to Gennaro Gattuso’s former and current sides, Spezia beat big names Sampdoria and Roma since the turn of the year. Their two encounters with Paulo Fonseca’s side were memorable, in particular. They knocked out the capital side in the cup before being denied a spectacular 3-3 draw in the league in injury-time a mere four days later.

They lost at home to Udinese in their next game after that but collected the maximum six points against teams in the top half of the standings. Spezia came from behind to inflict Sassuolo’s first home defeat of 2021 in the league.

But the surprising result came last week when two second-half goals helped them beat league leaders Milan in a memorable night at Alberto Picco. Giulio Maggiore and Simone Bastoni scored their first goals of the season in a memorable 2-0 win for the minnows. Milan failed to score away from home for the first time in over a year. What makes it more impressive for Spezia is the visitors had no shot on target the whole game.

In their seven meetings so far, Spezia’s best record is three draws including in the corresponding fixture earlier this season. Fiorentina were two goals ahead inside the first four minutes, but Spezia fought back for a point in an entertaining 2-2 draw in October 2020. The previous six clashes were in Serie B during the 1930s.

After scoring his first goal of the season at Torino, Ribery missed the last two games due to a muscular problem. The former Bayern Munich wing wizard is expected to return on Friday night, however.

Unlike Fiorentina, Spezia will miss several players in this fixture. Top-scorer M’Bala Nzola is still on the sidelines with an ankle injury. Defenders Bastoni and Martin Erlic will sit this one out after picking up their fifth yellow of the season in the hard-fought win over Milan.

Fiorentina to climb above Spezia with a home win?

Spezia would find it difficult to cope with two more absentees from an already depleted squad. However, they’ll aim to keep their good run in the league. Fiorentina have a decent record against the bottom half teams in the new year as they hope to distance themselves further from the red zone.