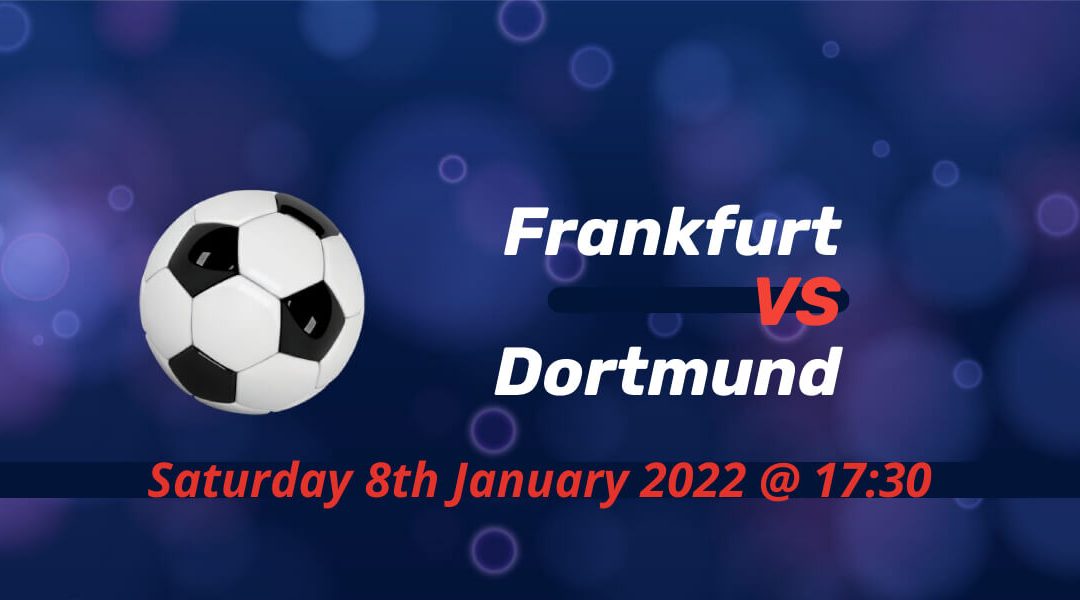 Borussia Dortmund will be away at in-form Eintracht Frankfurt in their first game of the new year. The two teams collected the most points after Bayern in Bundesliga in 2021. Frankfurt started the season on the wrong foot, but they ended it in style. In contrast, Dortmund saw their gap with Bayern Munich extended from a point to a whole nine in a space of two weeks.

Glasner a doubt for the game

Oliver Glasner is the latest coach to suffer from a scooter injury that left him with facial surgery. The Austrian helped VfL Wolfsburg to a Champions League berth, but his relationship with the club’s high officials didn’t point to longevity.

At Frankfurt, the start was difficult for the defensive-oriented coach. Besides a win at Allianz Arena, Frankfurt only had success in their Europa League campaign where they ended up qualifying top of their group.

But they also come to their senses in the Bundesliga. It’s mostly indebted to their resilience. A flurry of late goals started an unbeaten streak for Frankfurt and they ended the year climbing to sixth with a win over FSV Mainz 05.

The match kicks off at 17:30 on Saturday 8th January 2021, and the entire match will be available on Sky Sports.

Dortmund fans unhappy with the board

This would be a final transfer window for Michael Zorc. The club’s legendary player also enjoyed success at the office with Dortmund making a name for themselves to profit heavily from transfers.

As Zorc is bidding farewell to the club, the fans also seemed to have been bored of the process. The transfers helped the club’s finances, but it’s not a suitable approach to stay competitive.

To make matters worse, Dortmund is not expected to sign any players this January despite many rumors linking them to the likes of Karim Adeyemi and 17-years-old Mohamed-Ali Cho.

Haaland the star in the reverse fixture

Dortmund played spectacular football in the first matchday at home against Frankfurt. Erling Haaland was unplayable as he was instrumental in all five goals of a 5-2 victory. Frankfurt’s defensive capitulation was a big surprise with Glasner known for shoring up the defense in his days back at VfL Wolfsburg.

Dan-Axel Zagadou and Marius Wolf tested positive for COVID-19. Youssoufa Moukoko and Gio Reyna are back in team training, but this game could be a tough deadline for the duo. Manuel Akanji is also out of action after knee surgery.

An entertaining match is in the store

Goals are guaranteed when these two play head-to-head. It was the game of the round at the start of the season. We can’t expect a similarly gung-ho approach from the sides on Saturday, however. Dortmund and Marco Rose need results after a disappointing end to 2021. In Frankfurt, Glasner is now more stable at the helm than the first three months.