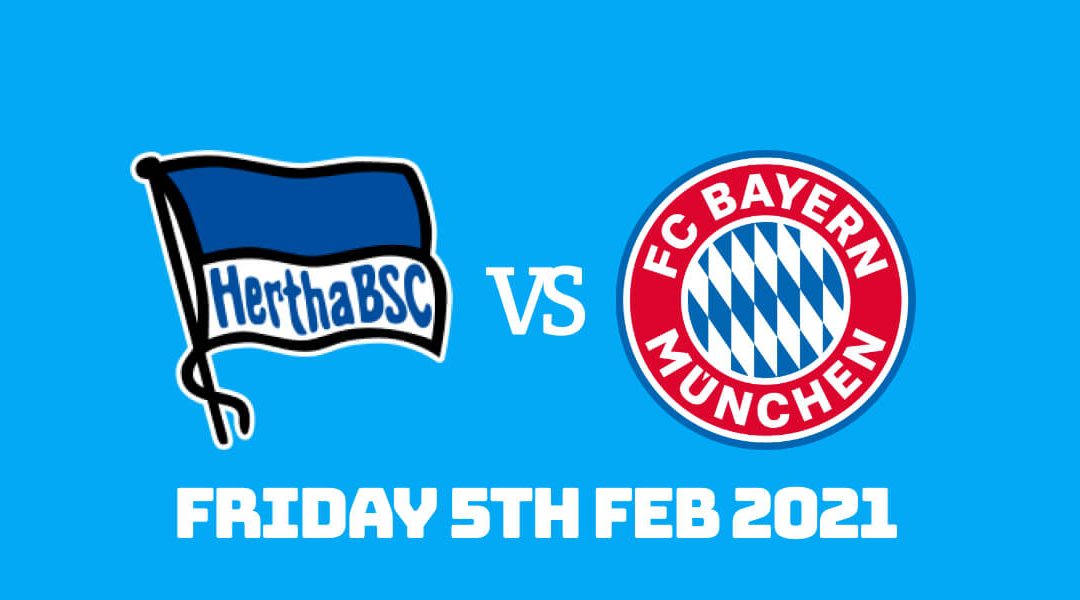 Bayern Munich would be the visitors in Pal Dardai’s first game back at Olympiastadion after he replaced Bruno Labbadia at the helm of Hertha Berlin. The Old Lady showed an improved performance in the Hungarian’s second managerial debut, but ended up losing 3-1 at the in-form Eintracht Frankfurt. Bayern maintained their seven points lead at the top with a routine 4-1 win against Hoffenheim.

Hertha look to make up for lost times

The capital club separated with coach Bruno Labbadia and general manager Michael Preetz after Hertha slumped to yet another unexpected relegation battle. The much-traveled Labbadia helped Hertha to a tenth-place finish last season after taking over in April.

The start of the new season was underwhelming, however, despite more new players joining the team in the summer. Hertha couldn’t even score a point per game when many pitted the side for a European push at the season start. There were protests around the stadium before the 4-1 loss to Bremen, which brought changes to the club.

Dardai’s second debut was bittersweet. He shared a great moment with Fredrich on the touchline after Krzysztof Piatek scored a poacher’s goal to put Hertha ahead at Frankfurt. But the Eagles put on a strong performance to take all the points as Hertha slipped to their tenth league defeat of the season.

The match kicks off at 19:30 on Friday 5th February 2021, and the entire match is available on BT Sport.

Bayern are preparing for the Club World Cup

Bayern would fly to Qatar for the Club World Cup immediately after their game at Hertha on Friday. In this pandemic time, FIFA is still convinced it’s possible to stage a mini-tournament involving long flights. Bayern would play their semifinal game on Monday with the final of the showcase staged three days later.

There was already controversy of COVID protocol breaching at Bayern as Corentin Tolisso shared images of him getting a tattoo without following the safety measures. The World Cup winner with France was fined by Bayern and he missed the home game against Hoffenheim. He issued an apology as he’s already back to team training.

Bayern managed to avenge the earlier 4-1 defeat at Pre Zero Arena by the same scoreline. Thomas Muller reaches double figures for league goals for the first time since 2015-16. Meanwhile, Robert Lewandowski scored his 24th goal in only 18 appearances. With Joshua Kimmich, Kingsley Coman and Muller, Bayern have the top three assist leaders in this season’s Bundesliga.

They can easily surpass the 100-goals mark they achieved last season. The defence is still having difficulties, however, even with Manuel Neuer’s excellent performances every week. Ihlas Bebou had two great chances for Hoffenheim before Bayern opened the scoring last Saturday and Neuer still had to make some great saves despite the comprehensive 4-1 scoreline.

Bayern only lost once against Hertha since 2009

Hertha’s only win at the expense of Bayern this decade was back in 2018. Only three players who started the game for Hertha are still in the club. Robert Lewandowski scored all the goals as Bayern beat Hertha 4-3 in the corresponding fixture earlier this season.

Hertha would continue to miss captain Dedryck Boyata and tricky winger Javairo Dilrosun, who was instrumental in the 2-0 win against Bayern in 2018. Both players are not expected to return to the side before March.

Leon Goretzka and Javi Martinez are currently out of the team due to contracting the virus as Tolisso’s return would help in providing more options for Hansi Flick in midfield. Flick is expected to shuffle his side to handle the tight schedule list as they will be heading to Qatar in search of another silverware.

Dardai is known for the defensive organization in his first spell at Hertha that saw him bring European football to the capital club. Flick could make some changes to the side with the Club World Cup in mind as well as the Champions League return later this month.