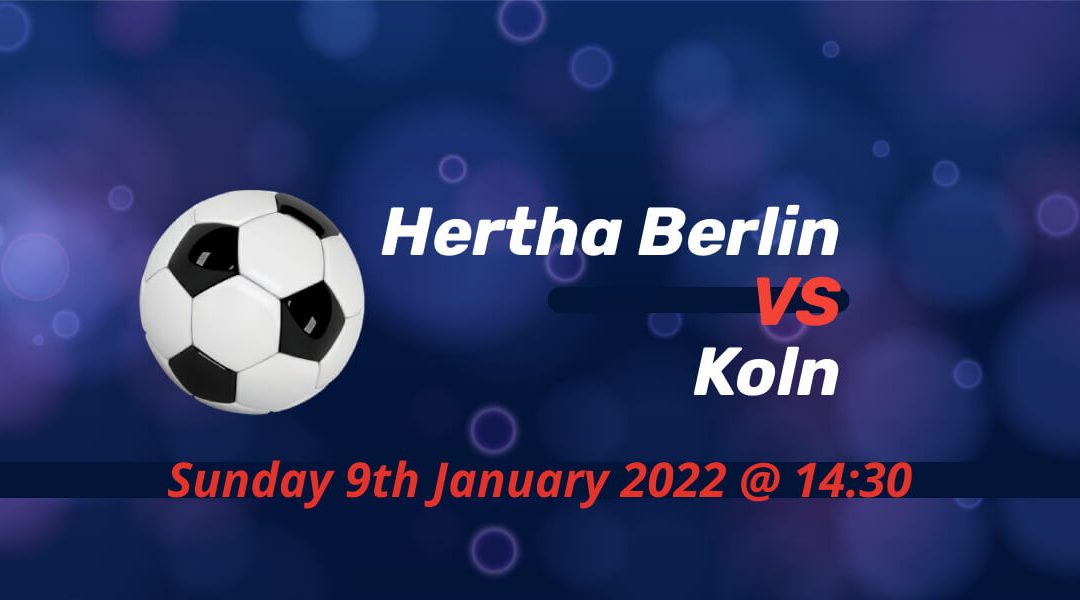 Sunday’s Bundesliga action starts with Hertha Berlin hosting FC Koln in Olympiastadion. It’ll be the only game of the weekend with fans allowed to a stadium in Germany’s top division. Hertha ended the year on a positive note as they collected seven points under Tayfun Korkut in four games. Koln finished with a top half finish after a late win against VfB Stuttgart.

The headline was Bayern extending the lead at the top to nine points, but for Hertha, it was a case of climbing up places in the standings. The hard-fought win helped them to 11th, their highest position in the season.

Sascha Richter was instrumental as he netted two screamers while Ishak Belfodil scored for a first time since the final matchday of the 2018/19 season. Hertha enjoyed one of their best performances despite missing top-scorer Stevan Jovetic to injury.

The defense was also very key to the win, however. When Julian Brandt opened the scoring for Dortmund, many expected an easy night for Marco Rose’s men. But the defensive setup under Korkut has shown improvement except in the 4-0 defeat at Mainz.

Steffen Baumgart is easily the most liked coach in Bundesliga at this time. His enthusiasm and charisma transmit to the team and reflect in how they play football like his Paderborn days.

He turned 50 this week as all his previous clubs – including Union Berlin, where he was a fan favorite in short time of playing for the club – celebrated him. Now his focus would be on maintaining a top-half finish in Ruckrunde.

Koln were hot and cold in the first half of the season. After a solid start to the campaign, their away performance left them stuck in the middle of the standings. They ended the year with a first away win of the season at Wolfsburg before Anthony Modeste netted another late winner against Stuttgart.

The reverse fixture was a welcome return for Baumgart in Bundesliga after his time in Paderborn. Jovetic opened the scoring to became only the second player to net in all top five leagues, but Koln responded well to open a 3-1 lead before the hour mark. Modeste also celebrated his return to the team with the equalizer before Florian Kainz’s double.

Hertha is one of the teams affected the most with COVID-19 in Bundesliga. Midfield duo Santiago Ascascibar and Lucas Tousart as well as promising defender Linus Gechter and winter signing Fredrik Bjorkan are all out of the side for this reason. Marton Dardai, Rune Jarstein and Lukas Klunter are on the sidelines. Krzysztof Piatek is expected to finalize his move back to Serie A.

Meanwhile Koln has no COVID-19 cases in the side. The tireless midfielder Elyes Skhiri joined Tunisia for the AFCON.

Both Hertha and Koln would look to start the year with a win. Europe could be a long way off for Baumgart’s men, although everything could change in Bundesliga beside Bayern’s position at the top. For Hertha, the target remains to avoid the drop despite the major investements in the side in past few seasons.