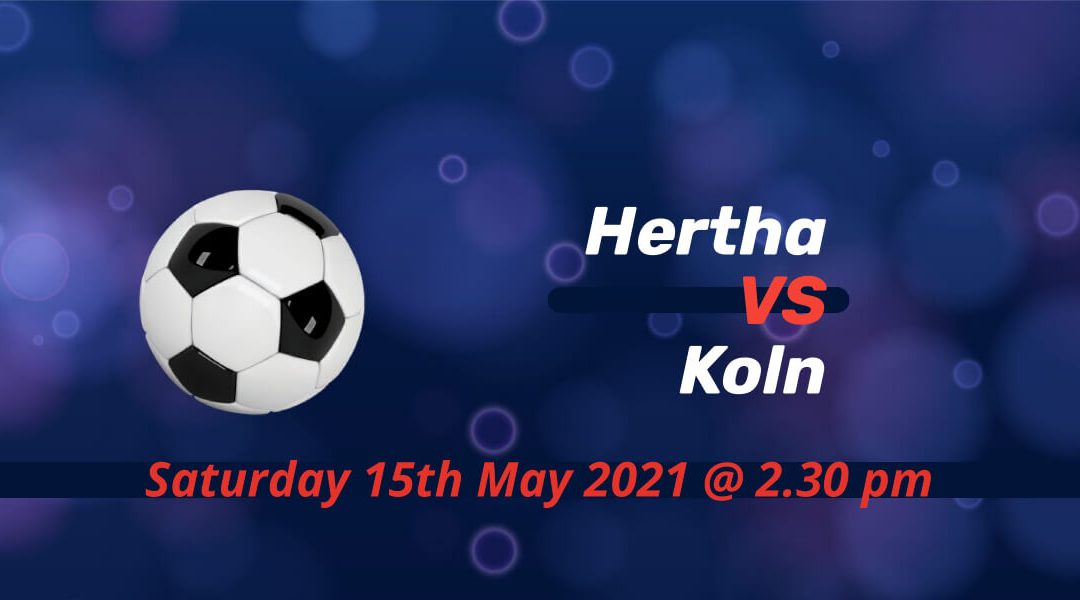 Four members of the side testing COVID-19 meant Hertha had to spend two weeks in quarantine in the crucial part of the season. Like promotion hopefuls Holstein Kiel in Bundesliga 2., Hertha came out strong to make sure of their league status.

They started the tight schedules with a hard-fought goalless draw against Mainz. There was another similar scoreline against another of the sides in the relegation fight, Arminia Bielefeld, on the weekend.

But there were two crucial wins on either side of those games. They trashed Freiburg 3-0 at home. Boyhood Hertha guy Jessic Ngankam was the matchwinner as they beat Schalke in an exhilarating football game on Wednesday.

Freiburg were in a difficult phase of their season, but Christian Stretch’s side managed to come out with all the points from Rhein Energie Stadion on the weekend. Koln, who played a superb first-half at Augsburg the previous matchday, only turned for the second half.

And, Ondrej Duda, who was the star player on matchday 31, couldn’t convert a spot-kick as Koln was finally punished with some efficient counterattack displays. A 4-1 win resulted for the guests.

Friedhelm Funkel is forced to recharge his batteries after back-to-back wins against RB Leipzig and Augsburg. They’re only better than Schalke in the standings as they might need to collect maximum points from the remaining two games to be automatically safe. Koln have already started making plans for next season as former Paderborn miracle worker Steffen Baumgart is appointed as the coach.

Goalless in the reverse fixture

There was little inspiration from both sides in the first half of the season, and it was on display in the goalless draw at Koln. Hertha Berlin won six of their last ten games against the Cathedral club.

Rune Jarstein is out of the rest of the season, as well as the Arsenal loanee Matteo Guendouzi. The former signed a contract extension at Hertha, but the Frenchman could be back to his parent club if the two sides don’t reach an agreement. Sami Khedira is still on the sidelines, while Jhon Cordoba and Luca Netz also target the new season for a comeback.

On the contrary, there is no injury news in Koln’s camp.

Six-pointer with the next game the decider

Only two rounds of games left to play, and these two relegation-threatened sides faced each other. Hertha Berlin are in a much better place now after collecting seven points from their scheduled matches. Another defeat for Koln could mean they will be relegated again.