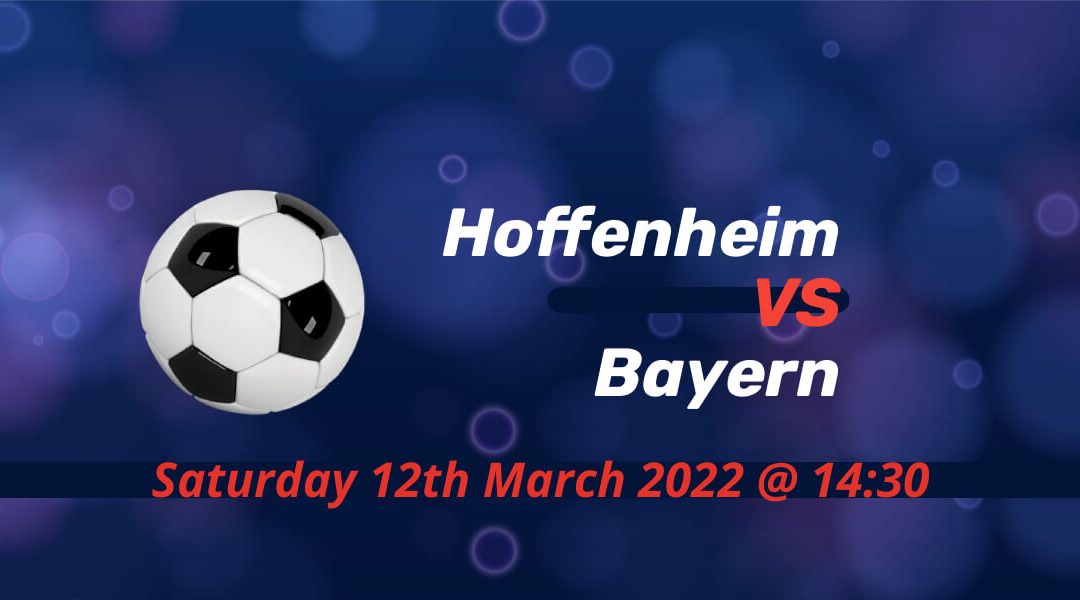 TSG Hoffenheim hope for another historic night against Bayern Munich when the two sides lock horns in one of the early Saturday Bundesliga fixtures. Bayern progressed to the quarterfinal of the Champions League with an aggregate 8-2 win over RB Salzburg while their opponent is on a four-game winning streak in Bundesliga.

They didn’t have a bad performance when they lost four straight games, and it was shown once Hoffenheim got back to winning ways in the Bundesliga. Hoeness’ side now sits in fourth place with only nine rounds left to play.

As it’s a trend this season, Hoffenheim created enough chances to finish their game against FC Koln with a big win, but they only won by a single goal from Stefan Posch, whose only other strike also came in the first round against the carnival club.

Ihlas Bebou and Andrej Kramaric had a magnificent record against Koln in recent meetings, but they were both wasteful on the night. With RB Leipzig and SC Freiburg finishing their game 1-1, Hoffenheim climbed to the Champions League berth.

The match kicks off at 14:30 on Saturday 12th March 2022, and the entire match will be available on Sky Sport.

Manuel Neuer, Robert Lewandowski and Thomas Muller wrote new records in the Champions League as Bayern eased past Salzburg with a joint-best 7-1 win to book their place in the quarterfinals.

Lewandowski scored the fastest hattrick in the competition as Muller climbed above Thierry Henry in the all-time top-scorer list to seventh place. Neuer is now the record Champions League appearance maker Bayern goalkeeper, getting past his chairman Oliver Kahn in the process.

As Bayern had difficulties in the first leg of the tie and they didn’t have the best of times in the Bundesliga, the result is a big relief for Julian Nagelsmann’s side. They will now hope to wrap up the title in Bundesliga as we enter the final weeks of the league season.

Hoffe hope for a repeat of their lucky charm

When Bayern scored seven the last time in the Champions League, they lost heavily to Hoffenheim four days later. After their superb win against Tottenham Hotspur, Bayern lost to Kramaric’s Hoffenheim by a 4-1. But it was only one of the four defeats Bayern suffered against this opposition in their history. The reverse fixture also ended with Bayern’s dominance as Lewandowski scored a rare strike outside the box.

Havard Nordtveit, Sebastian Rudy, Ermin Bicakcic and Robert Skov are all unavailable due to a lengthy injury. Benjamin Hubner is back from his injury that kept him out for more than a season, but he’s now tested positive for COVID-19. Dennis Geiger is also a doubt for Hoffenheim.

Leon Goretzka, Alphonso Davies and Corentin Tolisso are out for Bayern Munich.

After their first draw since matchday 1 when they hosted third-placed Leverkusen, Bayern will now face a team in fourth. Hoffenheim showed they can handle the big games this season with a strong performance against Dortmund and Leverkusen.