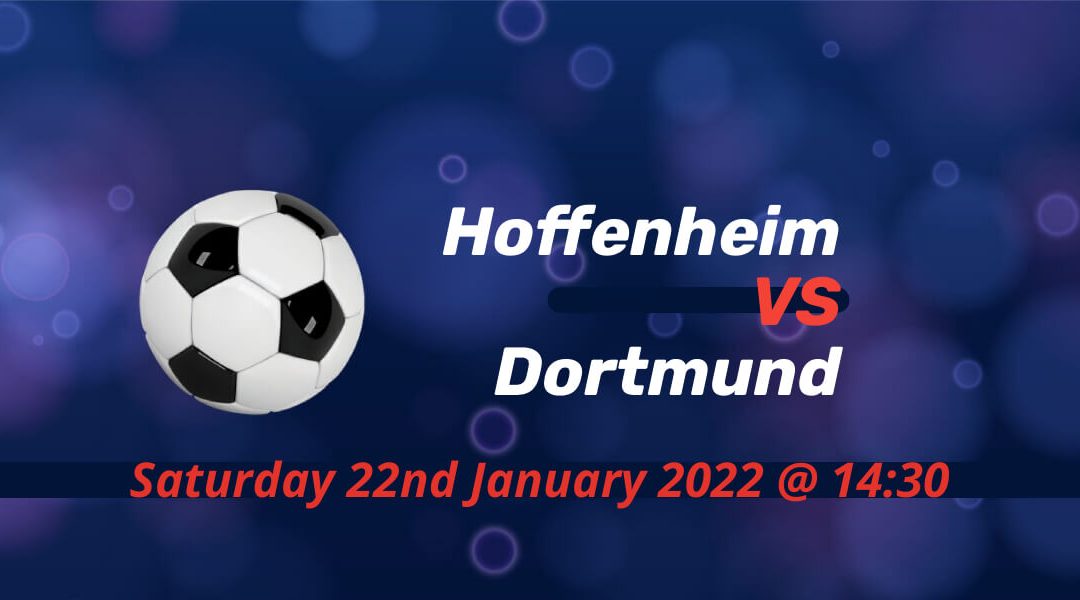 TSG Hoffenheim would be the next challenge for Borussia Dortmund after Marco Rose’s side was knocked out of the cup. Dortmund is still hopeful of a title race in Bundesliga as they could close down the gap with Bayern to three points once again before Julian Nagelsmann’s team face Hertha Berlin on Sunday. Hoffenheim’s seven-game unbeaten streak came to an end last week by the other side from Berlin, Union.

They still sit in the Champions League place, but Sebastian Hoeness would look to put behind last week’s defeat. They started 2022 with a similarly excellent performance to do the double over Augsburg but faced a defeat at Union.

In a game that pits two teams aiming for Europe, Hoffenheim did score the opener, but they lost the plot with Urs Fischer’s side now leveled with them on points tally in the Bundesliga’s standings.

Andrej Kramaric is waiting for his 100th goal for the club as he’s goalless in three months. But his striking partners have been in superb form with Hoffenheim already working hard to extend their contracts at the club.

Champions Dortmund knocked out of Pokal

This weekend's Pokal action see two more casualities. Koln, Dortmund and Gladbach made the number of Bundesliga teams to lose to a second-tier team since last season in Pokal to ten. They triumphed last season in Berlin with Erling Haaland and Jadon Sancho too much to handle for Nagelsmann’s RB Leipzig.

The Norwegian did score this time around as well from the penalty spot, but the second-division league leaders did the majority of the job before the halftime break at Millerntor.

Axel Witsel has been poor this season and his form culminated with an own-goal after Etienne Amenyido opened the score as early as the fourth minute. Dortmund’s only chance of title seems to rely on the Europa League.

Hoffenheim came from a goal behind twice when the two sides met in the Hinrunde. But Haaland had the last say as he netted the winner spectacularly in the injury-time shortly after what could have been a crushing equalizer by Munas Dabbur.

Diadie Samassekou is on AFCON duty while Ermin Bicakcic, Marco John, Pavel Kaderabek and Robert Skov are still out of action.

Emre Can joins the injury list that still includes the US international Gio Reyna, who is yet to return to full fitness.

Although it’s not a tough game in store for Bayern at Berlin, Dortmund showing their credentials once again away at fourth-placed team would go a long way for the existence of the title race. As for Hoffenheim, just like the first time the sides met this season, they’re expected to target Dortmund’s defensive liability. Both sides target to recover quickly from their midweek exit from DFB Pokal.