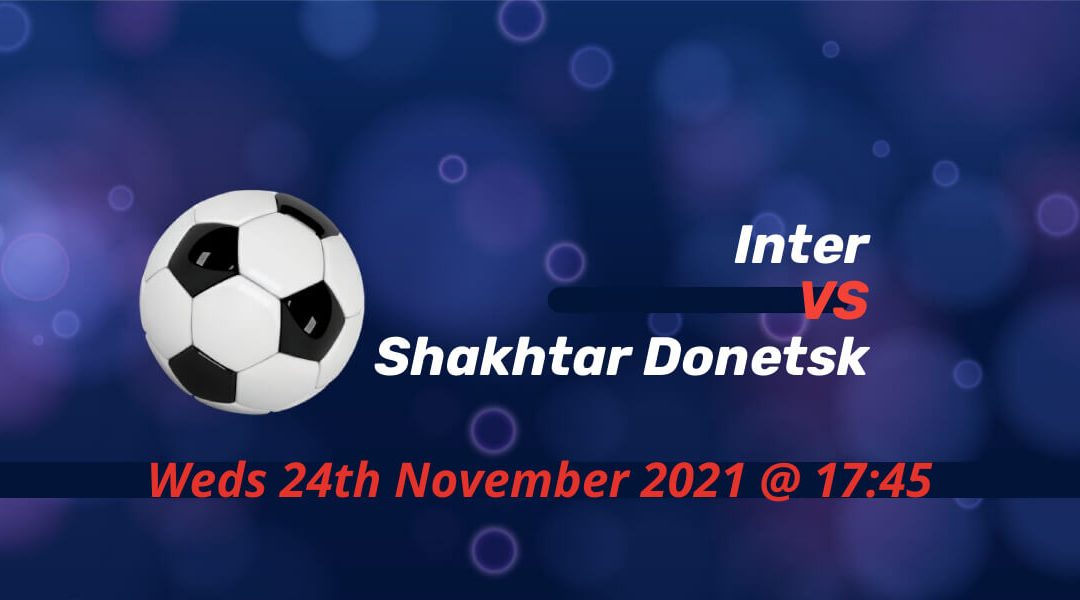 Inter host Shakhtar in one of Wednesday’s early Champions League games eyeing qualification to the knockout stages. Double wins against Moldova’s Sheriff put Inter in the top two as they hope to forget last season’s disappointment. Shakhtar scored their first goal last round, but their third defeat in four games.

Inter fared well in the Champions League this time around

Back then, the Germans made it to the next stage alongside Real Madrid. Shakhtar managed to transfer to Europa League, a tournament they reached the final the previous year.

But Inter had a much better spell this time around. Although they failed to score in the first two games against Real Madrid and Shakhtar, the performance was promising. But they needed to get the six points against the unlikely debutant from Moldova. Thanks to two 3-1 wins over Sheriff, they could now seal qualification before the final round.

The match kicks off at 17:45 on Wednesday 24th November 2021, and the entire match will be available on BT Sport.

This is not what we accustomed to in the last few years. Shakhtar has been so enterprising and competitive in Europe. Now they find the going tough. The team is full of creative players and lethal strikers, but they had to wait more than five hours of Champions League football for a goal.

Like last season, they did cause problems for Real Madrid away from home. But the Spanish giants prevailed at the end with Karim Benzema’s double. Young striker Fernando scored Shakhtar’s goal on the night.

With the surprise appearance of Sheriff, who did get six points from the first two games including an unbelievable win in Madrid, Shakhtar can still dream of remaining in Europe in 2022 — be it in the Champions League or Europa League.

It was a 0-0 draw at San Siro in the final matchday that resulted in Shakhtar joining the Europa League while Conte’s Inter knocked out of Europe entirely. It served as a blessing in disguise for Inter as they concentrated on the Scudetto race. The sides’ first meeting earlier this season also ended goalless.

Yevgen Konoplyanka and Lassina Traore are Shakhtar players currently on the sidelines.

It was essential for Inter to get back on track in the Champions League after the bad memories last season. If they get the win against Shakhtar on Wednesday, it will be their third on the trot and it will be enough if Sheriff loses to Madrid at home. For Shakhtar’s dream of Europa League football, they will need to collect maximum points from both this game and Sheriff in the final round.