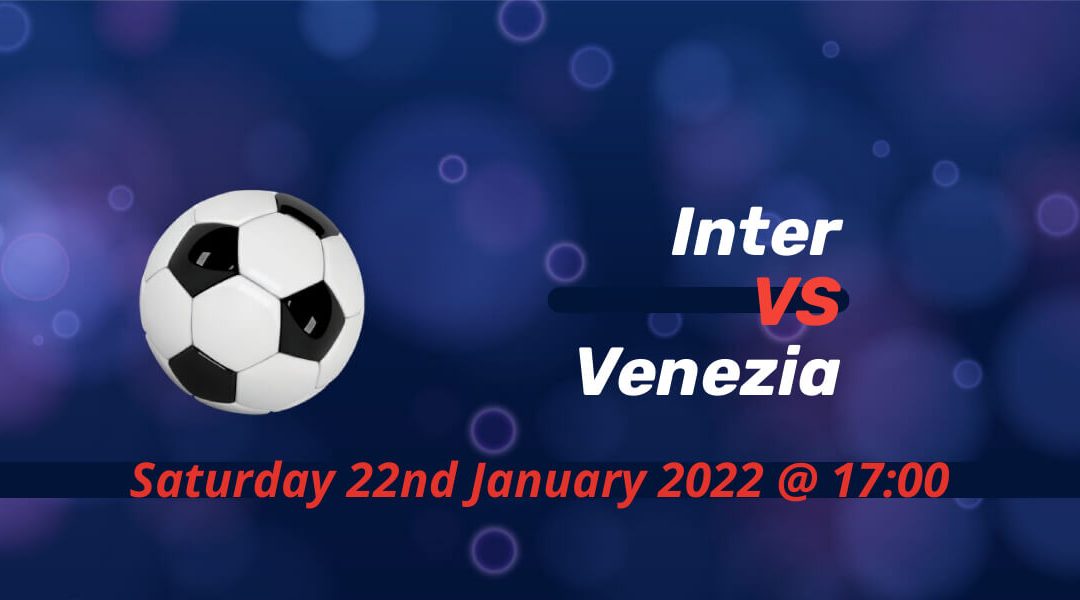 Serie A leaders Inter face newly-promoted Venezia on Saturday. Inter had to go through extra-time to secure their passage to the quarterfinal of Coppa Italia on Wednesday. Venezia, 17th in the standings, lost to Atalanta in the cup last week.

Simone Inzaghi is satisfied with what his altered side showed in a cup win against Empoli in midweek. Andrea Ronocchia scored an injury-time equalizer before Stefano Sensi decided the tie on the verge of halftime of extra-time.

Alexis Sanchez, who netted the winner in the final kick of a Supercoppa victory against Juventus, opened the scoring for Inter before the newly-promoted sides took the lead in the second-half.

The result and the names on the scoresheet show Inter’s squad depth is one of the best in Serie A. They have a game in hand that could see them extend the lead at the top to five points ahead of Milan, who lost unexpectedly to Spezia.

The match kicks off at 17:00 on Saturday 22th January 2022, and the entire match will be available on BT Sport

Venezia is filling the heat

The postponement of their game against bottom-placed Salernitana didn’t help, but Venezia is currently winless in eight games. They’re also out of the cup with the defeat in Bergamo.

Three of those results ended in 1-1 draws, but Venezia conceded 16 in the five defeats at that timespan. They picked up their first point of 2022 last time out against fellow newly-promoted side Empoli.

Nigerian striker David Okereke leveled the score off the bench for his fifth goal of the Serie A season. It’s only their 16th goal of the season while they conceded 51 on the other end.

Venezia were last in Serie A back in the 2001-02 season. But their game against the champions wasn’t straightforward for Inter. New signing Hakan Calhanoglu’s long-range strike was the difference between the sides at Pier Luigi Penzo until the final moments. Lautaro Martinez’s penalty five minutes into stoppage time doubled Inter’s lead in the game played on the 14th matchday. Venezia also failed to win any of their seven Serie A  matches since that day.

Inzaghi has his core squad ready for the decisive month as Inter awaits the knockout round of the Champions League.

Inter looking to consolidate their lead

Inter is the bookie’s favorite for the title. With results like Milan’s defeat at Venezia and Napoli’s dismal run, Inter is in perfect shape to all but wrap the title in the coming two months. Last week’s goalless draw against Atalanta ended Inter’s eight-game winning run, but they’re now unbeaten for more than three months.