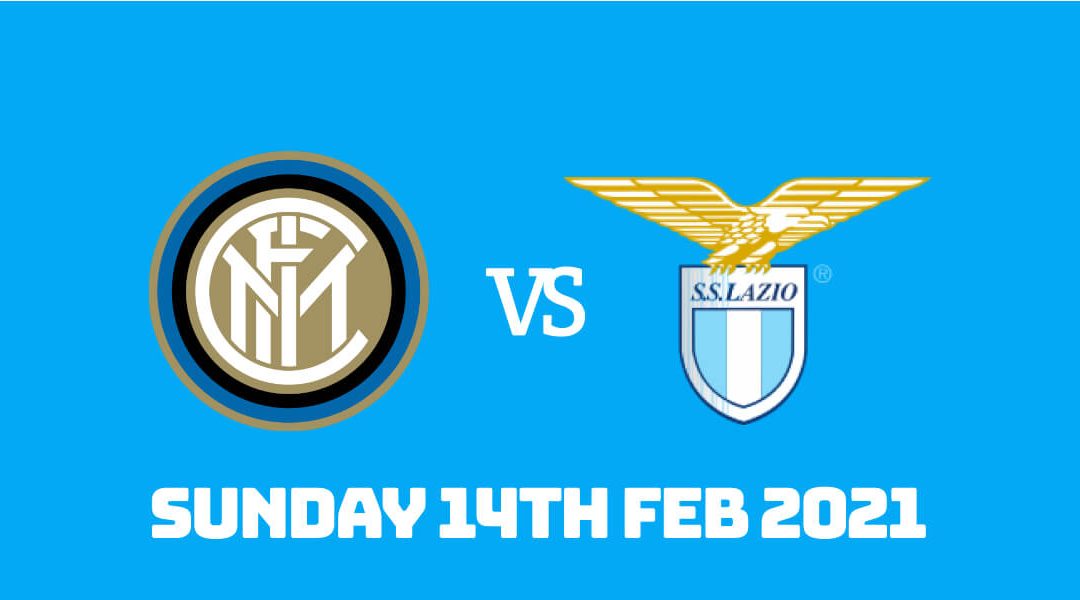 Inter hope to make a big statement in the title race when they host Serie A’s in-form side, Lazio. Antonio Conte’s side failed to make up for the first-leg defeat in the Coppa Italia semifinal midweek with the goalless draw that saw Juventus reach the final. Lazio won each of their last six league games as they collected 19 points from the possible 21 since the start of the year.

Conte’s side only lost a single game since their defeat in the Milan derby back in October. But there have been plenty of unnecessary dropped points in recent weeks including at the bottom half of table teams Sampdoria and Udinese.

One positive note is they didn’t concede a goal in their last four games. Romelu Lukaku scored two goals in both games against Benevento this season. Lautaro Martinez also returned to scoring ways in the 4-0 win against the newcomers.

Last Friday’s game at Fiorentina was also a comfortable one for Inter. Nicolo Barela, who is tipped to become Inter’s next captain, scored yet another great goal before Ivan Perisic made sure of the points with a tap-in in the second half.

In recent weeks, Conte saw big signings Christian Eriksen, and Alexis Sanchez thrives in the side with one of the biggest squads in the league. However, they failed to break Juve’s resistance in Turin on Tuesday, as Serie A remains their only hope to end the season with a title.

The match kicks off at 19:45 on Sunday 14th February 2021, and the entire game is available on Premier Sports.

Simone Inzaghi and Lazio in the rise again

Awaiting their big Champions League tie against the recently crowned World champions Bayern Munich, Lazio is in their best form since the lockdown. Their title charge came to an end quickly last season after a poor run of results when the league resumed after interruption.

The story was similar at the season start this term. Lazio were outside the top six until their excellent win at Atalanta. They were eliminated from the cup by the same opponent, but Simone’s side prevailed in the second meeting in four days between the sides.

Summer signing Vedat Muriqi is finally making progress as he scored his first league goal of the season against Atalanta. With the Kosovan international’s improved form, Inzaghi has more options for a linkup with Ciro Immobile upfront. After his record-breaking season last term, Immobile cooled down. Still, he gets his 14th league goal when he netted the winner against Cagliari last week.

Nothing to separate Conte and Inzaghi in head-to-head games

Conte and Inzaghi have faced each other three times with one win each for both managers. Inter don’t have a good record at home against Lazio in recent times, with a single win from the last five fixtures including two defeats in the quarterfinals of Coppa Italia.

Arturo Vidal is still out of action with a knee injury, but the Chilean is the only player in the treatment room for Inter.

Pepe Reina gets an extended run in goal with Thomas Strakosha nursing a knee injury. At the same time, new-signing Mateo Musacchio provides more options for Inzaghi in place of injured Luiz Felipe. Luis Alberto, Jean-Daniel Akpa-Akpro and Francesco Acerbi are expected to start despite doubts about their fitnesses.

It’ll not be a straightforward game for Conte’s side, but they’ve to win this one to assert their place in the title race. Lazio, who were outside European places all season, can also dream of the title if they can make a statement win at San Siro. Inter has more firepower upfront as they scored 15 more goals than the capital club this season. This is the second big Serie A game of the weekend after nine-time consecutive champions Juventus’s trip to Napoli.