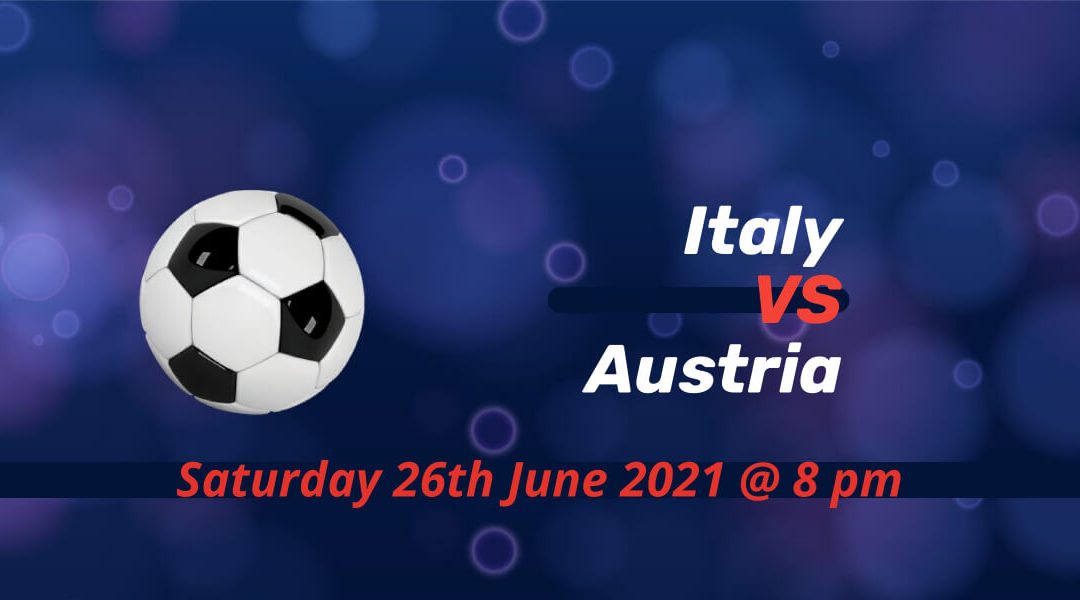 Wembley Stadium will be the venue for impressive Italy when they take on Austria, who won two of their group stage games. Roberto Mancini’s side had a clean slate as they scored seven goals without reply on their way to the round of 16. Franco Foda’s side only dropped points against the Netherlands.

Italy in a mission

The big footballing nation never scored three goals in a single European championship game before this edition. But, somehow, they managed to do it twice against Turkey and Switzerland, both of whom are considered dark horses.

Mancini had the chance to rotate his squad for the final fixture, as did Wales, with Matteo Pessina’s goal helping them to a perfect record in their group. If we add the games before Euros, Mancini’s side is easily the best in-form side in the world.

The talk was centred on the selection headache for Italy’s midfield. Marco Verratti returned to the field against Wales. His performance and sheer experience could see him challenge Manuel Locatelli for a place in the starting lineup.

Austria fixed their issues against Ukraine

Austria played a good game against North Macedonia. Still, their best performance of the group stage came in the final fixture. After a disappointing showing against the Netherlands, Foda’s side came to their senses with a dominant display.

If it weren’t for the lack of efficiency, Austria would have recorded the tournament’s biggest scoreline. A team full of talented Bundesliga players, Austria could go far if they keep their determination.

David Alaba is the star of the team with their midfield spoiled for choices, easily the best part of the squad. Questions could be raised on the goalkeeping options, but Austria would hope to build upon their best performance of 2021.

Italy unbeaten in 13 against Austria

Ten wins and three draws – Italy has a superior record in games against Austria as they’re unbeaten since 1960. In all their past three fixtures in tournaments – World Cup 1978, 1990 and 1998 – Italy came out as the winner. The 1934 semifinal is the only time they faced each other in the knockout stages, and Italy progressed to lift the second World Cup.

Austria’s Valentino Lazaro, who is still technically an Inter player, is the only player from both camps who is ruled out of the game due to a muscle injury.

Italy find themselves to be one of the favourites after the 36 group stage games. They’ve yet to concede a goal, and their attacking unit has been productive. However, Austria could still present a stiff challenge with their supreme midfield having the qualities to challenge Italy’s well-balanced counterpart.