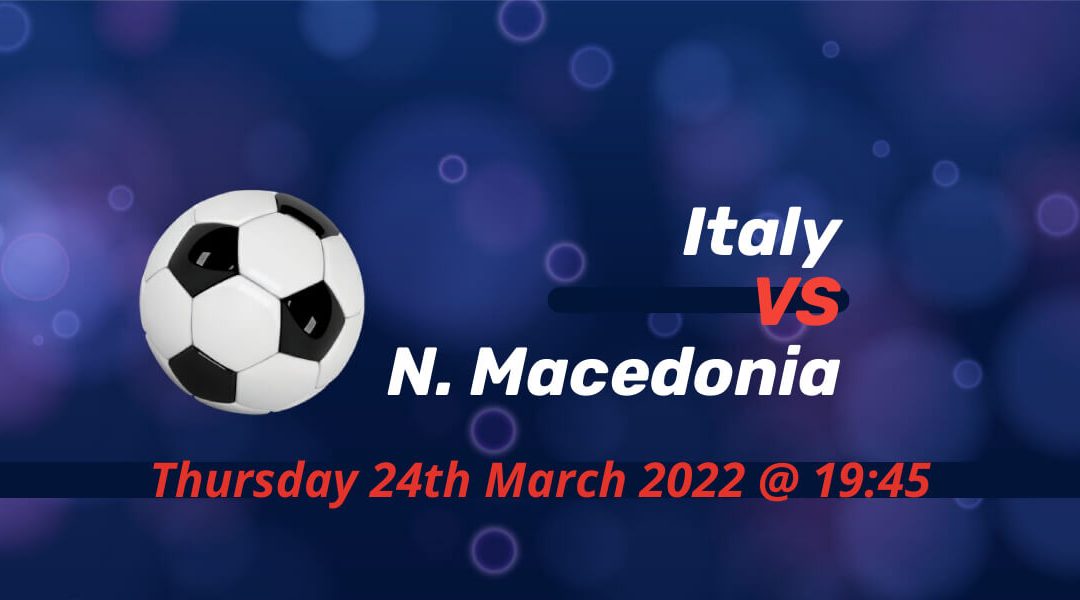 Italy look to ease their way to the final qualifying World Cup when they face North Macedonia on Thursday. The guests had their first-ever tournament last summer in Euro 2020. And it was a competition won by Italy, but they fell off heavily after that as they lost an automatic qualification spot to Switzerland.

Italy started the World Cup qualifying campaign with a form that could’ve seen them seal progression with games to spare. But, in the end, failing to beat Switzerland in both games caused them to be forced into a playoff round.

After three successive wins, they failed to beat Bulgaria and Switzerland in successive games. A 5-0 victory against Lithuania put them in pole position before the final two matches of the group stage.

But the European champions had another two straight draws. This meant they missed out on a World Cup spot despite finishing the campaign undefeated. Their goalless draw at Northern Ireland on the final matchday ended all hopes of booking their ticket to Qatar without a playoff round.

The match kicks off at 19:45 on Thursday 24th March 2022, and the entire match will be available on Sky Sports.

A historic win in Germany, two 5-0 victories and solid defensive performances – North Macedonia had it all in their group stage campaign of the 2022 World Cup qualifiers despite finding themselves in a tricky group.

Although the win in Duisburg attracted more media attention, the manner in which they beat more experienced sides in Romania and Iceland to the playoff spot has been remarkable from Igor Angelovski’s side.

Following their maiden tournament appearance, North Macedonia showed it’s not a fluke. They comfortably beat Henrikh Mkhitaryan’s Armenia and Euro 2016 quarter finalists Iceland in the final games to have a chance of qualifying for a World Cup for the very first time.

Third meeting of the sides

The two countries also met in the last World Cup qualifiers. Italy won the away fixture 3-2 thanks to Ciro Immobile’s brace in the final 15 minutes. In Turin, North Macedonia surprisedly got a point as Italy missed out on automatic qualification. They were also knocked out on the playoff by Sweden as Italy, who also got eliminated from the group stage twice after winning it in 2006, missed out on Russia’s World Cup.

Manuel Locatelli is unavailable after testing positive for COVID-19 while Leonardo Bonucci is a doubt despite being named in the final squad. Mario Balotelli missed out on the final list, but Cagliari’s Brazil-born Joao Pedro was selected for the very first time.

Although Goran Pandev, who is now plying his trade at Parma, is retired, Napoli’s Eljif Elmas is the key man for North Macedonia. They don’t have any injuries or suspensions for the big game on Thursday.

Italy is expected to go through

It won’t be straightforward, but Italy will benefit from their superior squad and the fact they play the one-off fixture at home. It’s not going to end for North Macedonia until the final whistle goes, however, as they hope to record another massive win away from home against a European giant.