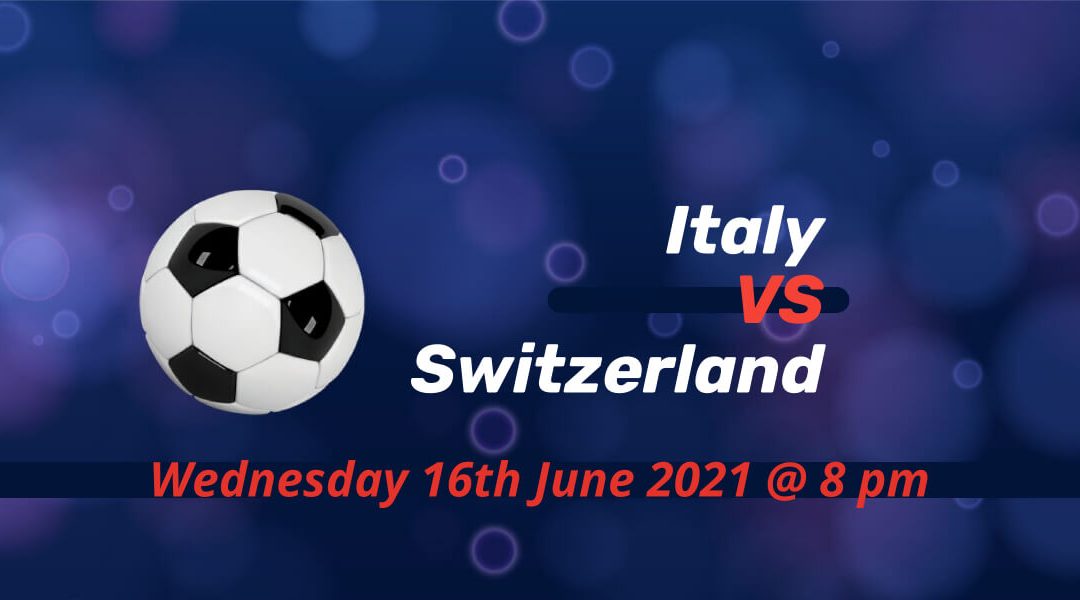 After their excellent opening day win, Italy face Switzerland as they stay at home for all the group stage games. A stunning second-half performance helped Italy to a confident 3-0 win against Turkey on Friday. Switzerland lost precious points as they could only draw 1-1 to Wales the following day.

Italy score three for the first time in Euros

Roberto Mancini’s side struggled to make the most of their overwhelming dominance in the first-half against a packed Turkey defense. The game was expected to bring an end-to-end football, but Italy faced a team who fancied a point against the group’s favorites.

The second-half went differently as Italy attacked with venom and created enough clear-cut chances that finally paid off. Merih Demiral scored the opener after Dominico Berardi’s fine work in the right flank.

Ciro Immobile and Lorenzo Insigne followed up with goals to their names as Italy scored three goals for the first time in the European Championship game. The midfield also had a solid game with Jorginho and Nicolo Barella starring Italy forced to take the initiative against a packed defence.

Switzerland also faced an equally defensive side in their Euros opener. They couldn’t break the deadlock in the first-half, similar to Italy. But Breel Embolo, who had one of his best games to date, put Switzerland in front with a header from a corner kick.

But they couldn’t kill off their next chances before Wales equalized with a rare chance. Although Yann Sommer had two excellent saves, most of the chances came at the other end for Switzerland.

Haris Seferovic had a solid first-half, but he didn’t have the cutting edge to finish off his chances. Mario Gavranovic made an impact after coming off the bench, but he was denied an excellent strike because of a close offside call.

Italy undefeated against Swiss since 1993

Italy only lost against Switzerland twice since their game at the 1954 World Cup. All the last three meetings ended in draws, however, in friendly games. The two will also lock horns in the 2022 World Cup qualifiers as they’re seeded in the same group.

Alessandro Florenzi could miss out as a calf injury led him to be substituted off in the halftime break against Turkey.

Switzerland could be tempted for some changes with some of the best performances coming from the substituted players like Dennis Zakaria and Gavranovic.

Three points here would mean Italy could go through to the quarterfinal without expecting results in the game on the final day. For Switzerland, they’ll try to make up for the regret of squandering their lead at Wales in their opening fixture.