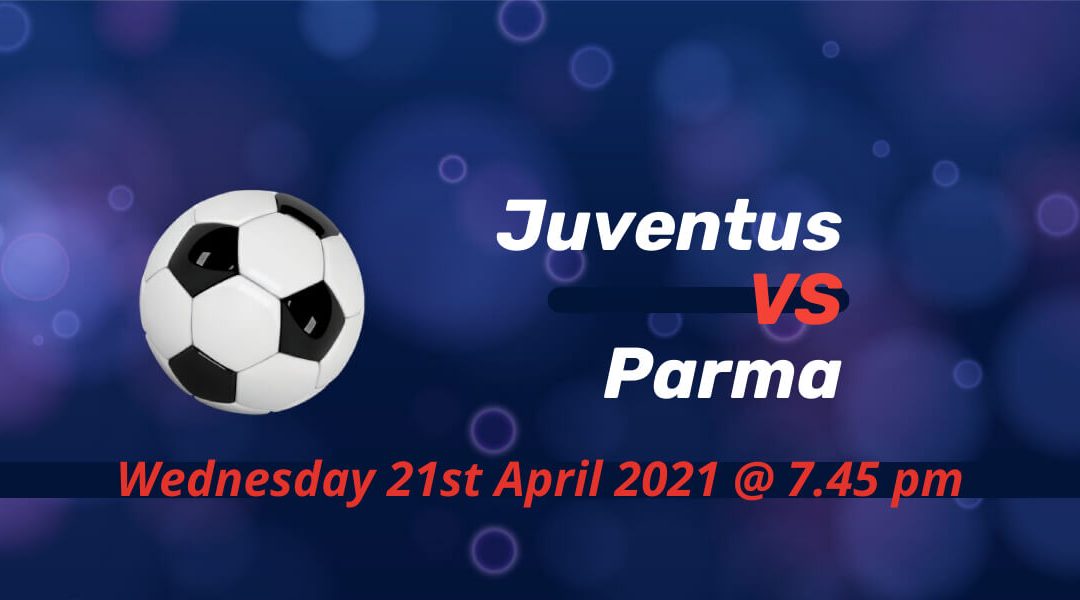 Juventus and Parma face each other after they suffered defeats via late goals on the weekend. It was Parma’s loss that proved costly as Cagliari managed to extend the gap to five points after their sensational win. Juve lost at Atalanta, but they remained in the top four as Napoli failed to beat Inter.

Andrea Pirlo’s side lost another game in the weekend as they’re now 13 points behind league leaders Inter. After winning each of the last nine Scudetto, the time finally comes for Juve to pass the torch, and it’s for their old coach, Antonio Conte.

However, they’re safe from moving out of the top four, with Napoli only managing a draw against Inter Milan. A win here would put Juventus to get past the weekend disappointment. The Old Lady failed to win any of the four matches in which Cristiano Ronaldo didn’t feature this season.

The match kicks off at 19:45 on Wednesday 21st April 2021, and the entire game will be available on Premier Sports.

Another near miss Parma

It was another close call for Parma at Cagliari. The point difference between them is only two points, with both need to step up the effort to get out of the bottom three. The away side was leading, heading into the extra time.

Giuseppe Pezzella and Jurja Kucka helped Parma open a two-goal lead in the first half once again. But Cagliari was brought back into the game before Dennis Man put Parma 3-1 ahead. Parma struggled to keep leads in 2021, and the rest of the game should this perfectly.

Cagliari scored two injury-time goals to pick all three points in a dramatic finale. Parma are now ten points far off safety, while Cagliari also need to pick up more points to avoid relegation. The last seven games will be the final Serie A matches for Parma, at least for another year.

Parma only won once in the last 14 against Juventus

Juve have a superior record against Parma in recent times. They only lost once in the last 14 meetings with Parma, who struggled to keep up with their 1990s and early 2000 form. Including a 7-0 victory in 2014, Juventus won ten of these fixtures. The reverse fixture ended in a comfortable 4-0 win for Juve at Ennio Tardini. Cristiano Ronaldo scored twice, while Alvaro Morata had a hand in three of the goals.

Federico Bernardeschi could feature back if he recovered from COVID-19 in time for Wednesday’s game. Juve might have to do without Ronaldo once again, however.

Parma is one of the Serie A clubs with a lengthy injury list. Including attackers Hernani, Yann Karamoh and Roberto Inglese, Parma currently has eight players on the sidelines.

Juventus to get back winning ways?

They might not be as bad as Schalke, but Parma would need to win most of their remaining games if they have the chance to stay in the league. For Juventus, they still have to keep their focus on finishing in the Champions League spot as Napoli showed their credential despite failing to level on points with the nine-time champions.