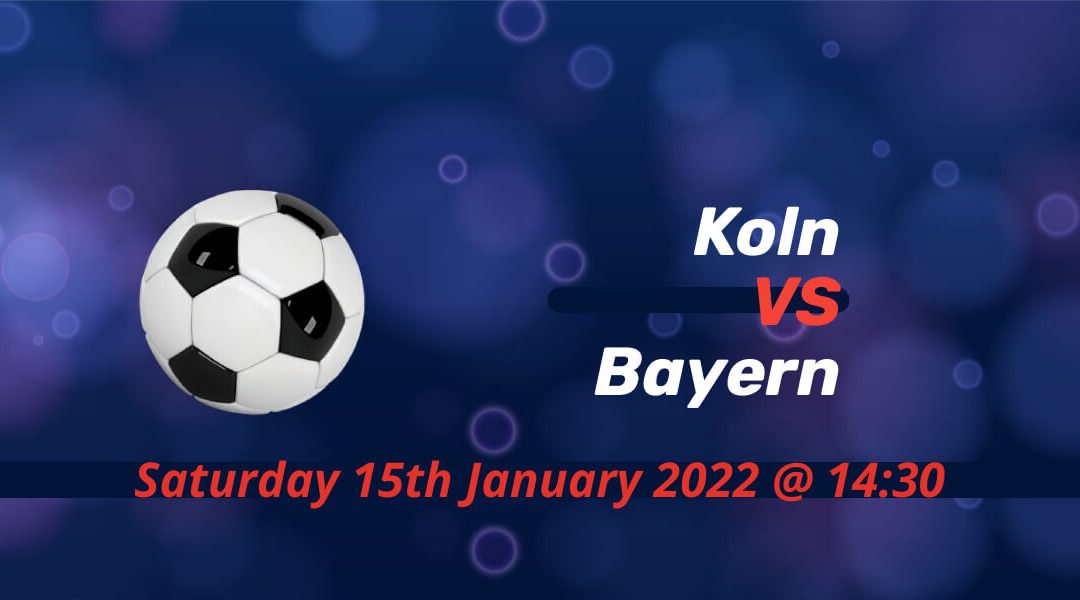 Bayern Munich face an in-form FC Koln side with most of the players who missed the Gladbach game back on the side. Julian Nagelsmann’s side lost for the third time in the Bundesliga last time out with a bench full of uncapped players. Koln recorded a third consecutive win with Anthony Modeste on the scoresheet once again with his header.

Modest wasn’t part of Koln for quite a while, but he’s now one of the best strikers in the Bundesliga. Only Robert Lewandowski, Patrick Schick and Erling Haaland scored more goals than him in the league this season.

And, in one particular area, he’s clear of any player. Modeste netted 9 of his 12 goals with his head. That includes his first of the season against Hertha, the last goal of the 2021 Bundesliga season versus Stuttgart and opening the new year with a similar style at Hertha.

As a result, Koln managed to win three successive games for the first time in two years. Ondrej Duda scored against his old club before Jan Thielmann confirmed the win in injury-time, capitalizing on Hertha’s scorer Vladimir Darida’s mistake.

The match kicks off at 14:30 on Saturday 15th January 2022, and the entire match will be available on Sky Sport.

Bayern beaten by a bogey team

Although they netted half a dozen against them on the day they were confirmed champions last season, Bayern failed to win any of their three games this term against Borussia Monchengladbach.

While it was a strong Bayern side that lost 5-0 in the Pokal, Nagelsmann had to rely on plenty of second-fiddle options after 13 players out of the side with COVID-19, African Cup of Nations and injuries.

Robert Lewandowski opened his account for 2022, but the absence of Manuel Neuer was one of the most damaging. Sven Ulreich conceded twice in space of as many minutes as Gladbach returned to winning ways.

The reverse fixture was another one in which Modeste netted a header. Bayern were 2-0 up before Modeste and Mark Uth – who often scores against the Bavarians – leveled the scoreline in the space of two minutes. Serge Gnabry gave Bayern maximum points shortly after as Nagelsmann won his first away game in charge of Bayern.

Ellyes Skhiri is with Tunisia national team duty for the African Nations Cup.

From Bayern, Eric Maxim Choupo-Moting and Bouna Sarr are also in Cameroon for AFCON. Dayot Upamecano, Alphonso Davies, Neuer, Omar Richards and Leroy Sane all returned to full training after missing last week’s game due to COVID-19. Leon Goretzka isn’t going to undergo surgery while Kingsley Coman, who extended his Bayern contract to 2027, could also make the squad after his injury issues.

A full-string Bayern could be too much for Koln

Koln will have to face a Bayern team full of options as Nagelsmann welcomes back his first-team players during the week. Baumgart’s side would aim for Europe, but Bayern will be hoping to return to winning ways on Saturday.