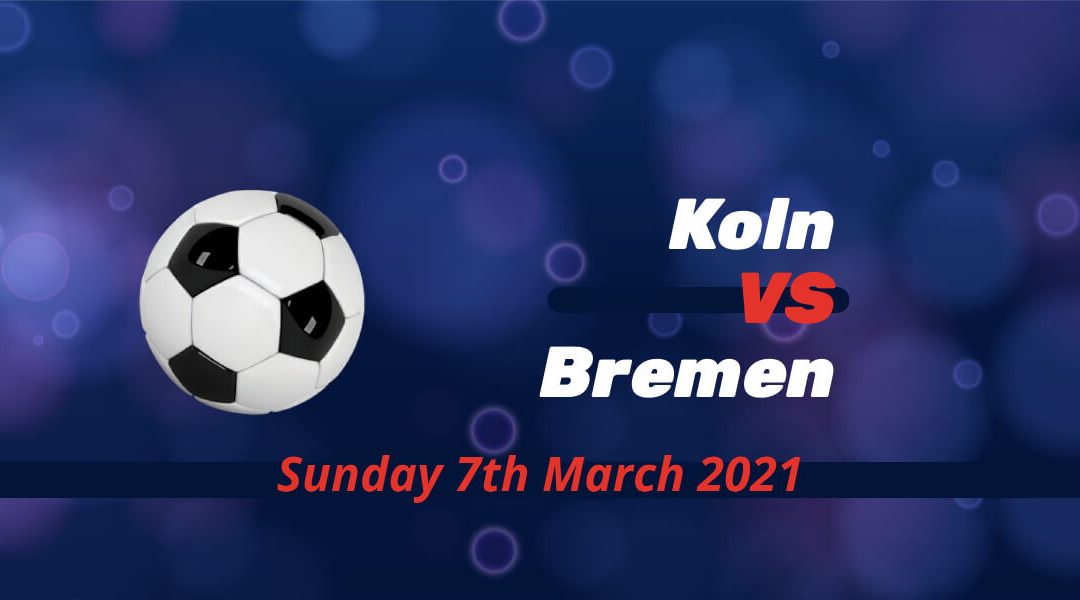 After their comeback win against Bundesliga's in-form side Eintracht Frankfurt, Werder Bremen travel to Koln on Sunday. Florian Kohfeldt's side would face another relegation-threaten side Arminina Bielefeld in the rescheduled fixture in midweek. Koln lost three successive games in Bundesliga, including last week's 5-1 reverse at Bayern.

Koln could be in trouble if the bottom three improve

The goalless draw on Friday night's meeting of Bundesliga's bottom two clubs is great news for Koln. They remained three points clear of the red zone before a critical game against Bremen. As long as there is no movement from the bottom three, Gisdol's side would get chances to get out of the relegation equation.

Successive wins against Bielefeld and Borussia Monchengladbach were key in distancing Koln from the bottom three teams. They put on one of their best performances of the campaign in a 3-0 win against the newcomers as Koln won at home for the first time this season.

The derby win at Gladbach gave them more hope for safety and the bragging rights for the Rhein region. Elvis Rexhbecaj, on loan from Wolfsburg, scored both goals against Marco Rose's side. Koln lost three games on the bounce since then, scoring only a single goal in the process against Frankfurt, Stuttgart and Bayern.

Bremen shock Frankfurt to close on the top half of standing

The expectation was not so great when Bremen hosted Frankfurt on Friday night with the visitors' sensational form. To make the matter worse, Bremen conceded an early goal via a familiar combination of Filip Kostic and Andre Silva.

The win lifted Bremen eight points clear of the danger zone as they look to have a far more comfortable end to a season. They will also be in action in midweek as they will be on the road to Bielefeld. Bremen's cup game against Jahn Regensburg is also postponed after a COVID-19 outbreak in the lower-division side.

Bremen struggled at home throughout the entire season last time out, but they managed to save it for the final day. Yuya Osako scored twice against his former club to lift Bremen to a playoff spot in the last hour at Fortuna Dusseldorf's expense. The Green and Whites saved themselves with a playoff win in away goals rule against Holstein Kiel.

The two teams have almost identical records in head-to-head games. Bremen won 39 times against Koln, who in turn came out victorious in 38 games against their Sunday visitors. It was Koln who scored the most goals in the fixture, however, with 175 to 174.

Sebastian Bornauw (back trouble) and Jonas Hector (thigh problems) are not expected to make the squad for the game against Bremen. Florian Kainz is also out with a long-standing injury.

Summer signing Patrick Erras, who is yet to convince Kohfeldt, is the only outfield player on the sidelines at Bremen.

A competitive one to end in a draw?

There is little between the two sides, both historically and in the current form. Koln registered an impressive win at Gladbach before Bremen's heroic display last week against Frankfurt.