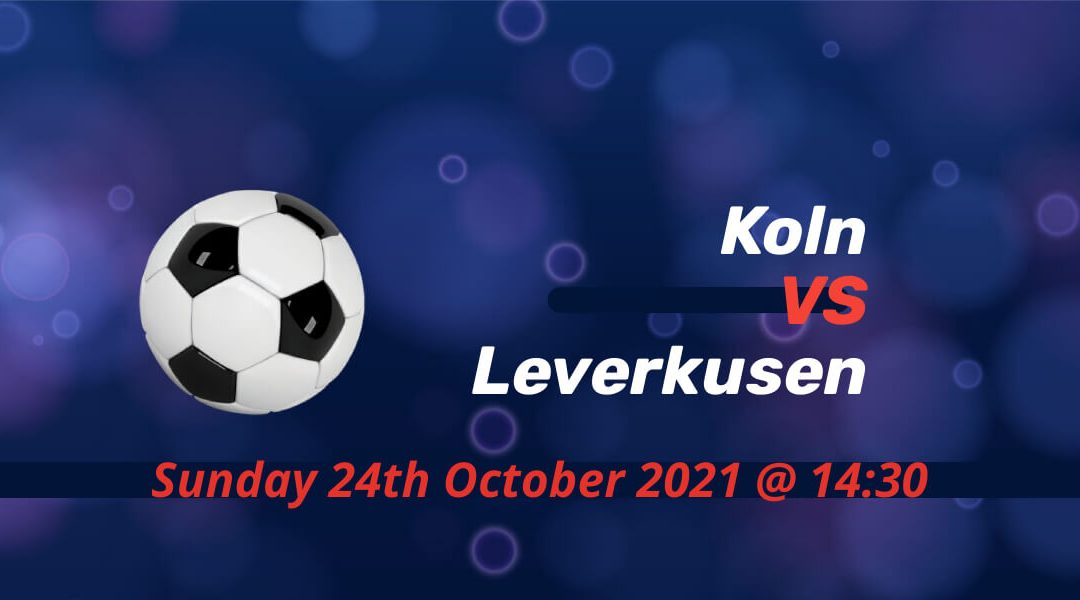 A derby will take place in the Bundesliga on Sunday as FC Koln and Bayer Leverkusen hope to regain confidence after conceding five last week. Both teams had a super start to the campaign under new coaches, but the defeats at Hoffenheim and Bayern Munich, respectively, provided a reality check.

In their last home game, Koln fans were all out to show their affection to the new boss. Steffan Baumgart is a popular choice for Koln, and he started the campaign in some style.

The style of football the team plays is far from the one that we associated with Koln in the past seasons under previous coaches. They also managed to remain in the top half of the standings with nearly one-third of the season completed.

But Koln looked clueless in their 5-0 crushing at the hands of Sebastian Hoeness’s Hoffenheim last Friday. Baumgart bemoans the lack of movement from his side and they didn’t create enough in the final third. Ellyes Skhiri’s absence is one of the major factors in Koln’s lackluster performance.

Bayern Munich showed no mercy in back-to-back games to record massive wins in Bundesliga and Champions League. After scoring for fun in Leverkusen, they showed they’re also one of the best teams in Europe with another heavy victory in Benfica.

It ended Leverkusen’s five-game winning streak in all competition. Their only defeat of the season until that point was a 4-3 loss in an entertaining game against Borussia Dortmund.

Leverkusen also saw their perfect European record end on Thursday, but it’s a good result against an experienced side in Seville. Two late goals meant the group leaders share the spoils ahead of the return fixture in Leverkusen.

Leverkusen scored ten in their last three games against Koln

Last season’s encounters ended with Leverkusen netting seven without conceding a goal. After successive defeats to Koln, they managed to return to winning ways in the derby with three wins on the trot. Leverkusen won five of the last ten games against Koln.

Jannes Horn is still out with a hip injury. Skhiri’s lengthy absence is more of a worry for Koln, however, after the Tunisian returned from the international break with a knee injury.

Andrich, who scored the equalizer against Real Betis, will be back on the side after missing the last Bundesliga games with a red card suspension from the win at Stuttgart. Midfielders Charles Aranguiz and Exequiel Palacios returned from their respective national team duties sustaining injuries.

Both look to restore the clock

Last week’s defeats were damaging for both sides, but it won’t change the fact that they’re going in right directions with the appointment of new coaches in the offseason. Leverkusen will be hoping to return to Champions League while it’s all about survival for now in Koln’s agenda.