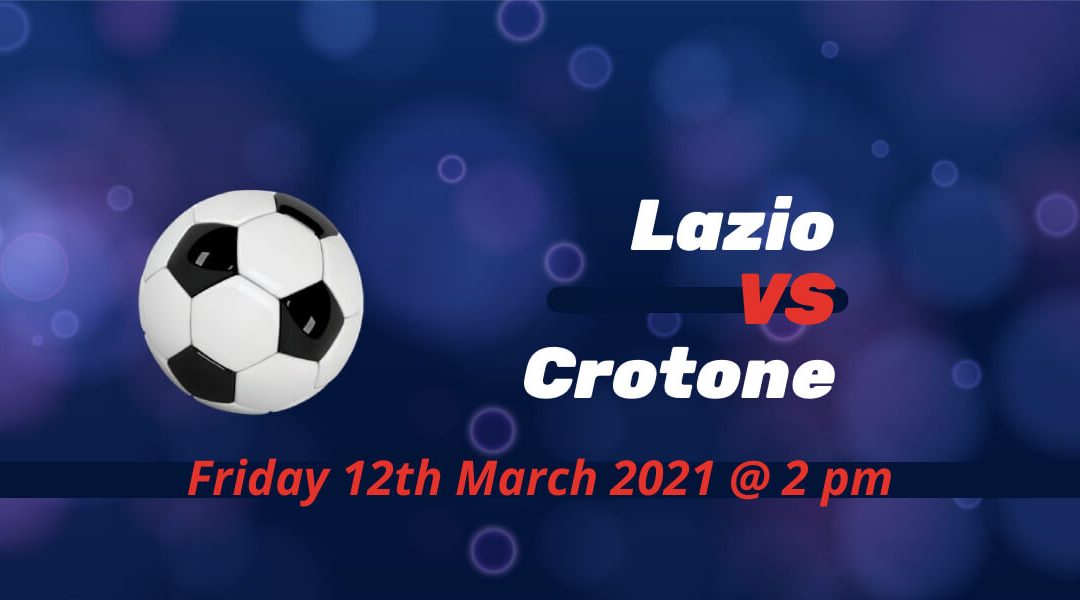 In a rare Friday afternoon Serie A fixture, Lazio entertain relegation-threatened Crotone. The White and Sky Blues lost to defending champions on Monday at Allianz Stadium, and they face a daunting task next midweek at Allianz Arena. Crotone returned to winning ways after seven successive defeats with a 4-2 success over Torino.

Lazio are heading towards no European football

Simone Inzaghi’s troops were a surprise title contender until last season’s Serie A interrupted due to COVID-19. Still, things haven’t been the same since then. Although they managed to progress from their group when returning to Champions League, Lazio also struggled this term in Serie A before a change of fortune in 2021.

After a 1-1 draw at Genoa, Lazio won six successive league games to climb to fifth in the standings. But one win in the last four means they’re now dragged into seventh as the fight for European places enter the crucial period.

Lazio’s home game against Torino is postponed after it was initially awarded as a forfeit win for the capital club side. Torino couldn’t travel to Rome for the game as their city officials banned the team from travelling in the wake of a COVID-19 outbreak in the Turin club.

Crotone still bottom of the pile after Torino win

Torino returned to action last weekend, but they lost at cellar-dwellers Crotone. Simy scored twice for the home side as he reached double figures playing for a club at the bottom of the standings.

Adam Ounas, on loan from Napoli, scored a solo goal at injury-time on a memorable night for Crotone. The Algerian also assisted Crotone’s third goal for Arkadiusz Reca. The result ended a seven-game losing streak for Crotone. They won for the first time since the 4-1 success over newly-promoted Benevento.

Crotone are yet to win away from home this season. All four of their wins came at Ezio Scida as all they show after 13 away games is two draws. They currently sit seven points shy of the safety zone, with Torino and Parma also stuck in the bottom three.

Only one defeat in five for Lazio against Crotone

Lazio won three of the previous five games against Crotone, who first climbed to Serie A in the 2016-17 season. Crotone’s only win against Lazio came when Lazio played the entire second-half with ten men in a 3-1 defeat.

Lazio were 2-0 victorious at Ezio Scida earlier this season, with strikers Ciro Immobile and Joaquin Correa on the scoresheet on either side of the half. Immobile scored four goals against Crotone in six games.

Luiz Felipe and Manuel Lazzari would need more time to return to the side after their respective injuries. Inzaghi could opt to make some changes, although their Champions League hopes are minimal after a 4-1 defeat to the recently crowned World champions Bayern Munich on home soil.

Libyan midfielder Ahmed Benali and Luca Cigarini missed a large portion of the season. They both are not expected to return for Friday’s fixture at Rome.

Lazio to push for the European spot?

Lazio are expected to win such fixtures with ease, considering the challenge they face until the end of the season. Both Atalanta and Napoli are motivated to make it to top-four, while it’s more of a case of Europa League qualification for Lazio.