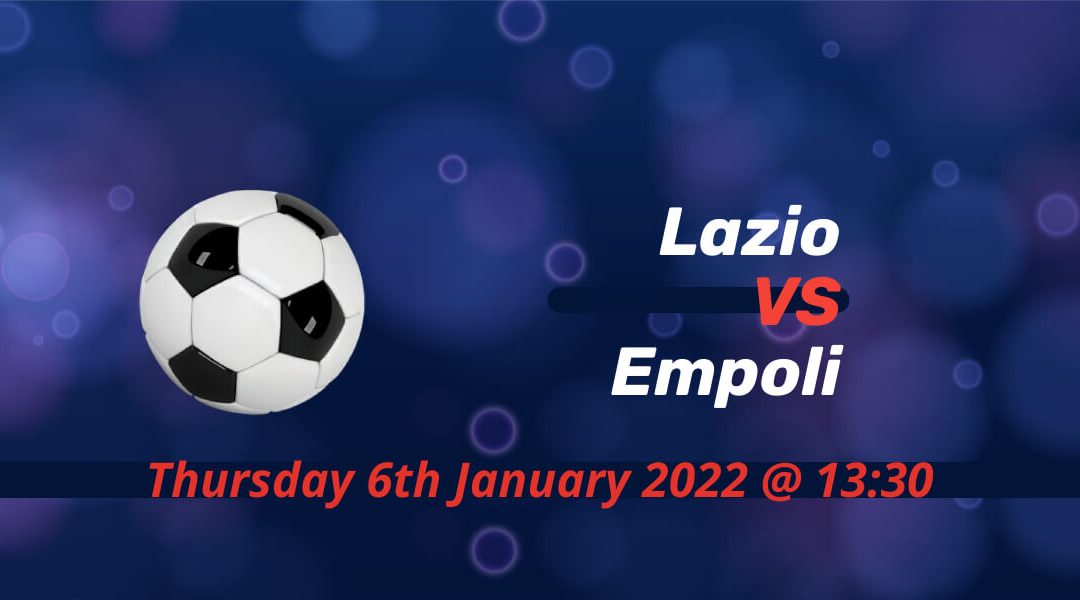 Free-scoring Lazio looks to continue their winning streak when they host newly-promoted Empoli on Thursday. Mauricio Sarri’s side revived their European qualification dream by beating lowly Genoa and Spezia in their final 2021 fixtures. Empoli stunned the top teams in Serie A including Lazio in the first half of the season as they end the year in ninth place.

Lazio scored three or more in four of their last five

After going scoreless in defeats to Juventus and Napoli, Lazio improved in the final third in the final month of last year. But they couldn’t hold their advantage in a crazy 4-4 draw against Udinese while they lost for a fifth time on the road in a 2-1 defeat at Sassuolo.

The story is different at home. Only Juventus, through Leonardo Bonucci’s double from penalty-kick, beat them at Stadio Olympico this season. Six of their nine league wins this season came in front of their fans.

Pedro scored a stunning goal in their last game away at Spezia as the experienced Spaniard is playing a pivotal role since leaving Roma for Lazio. Without their top striker Ciro Immobile, Francisco Acerbi and Luis Alberto were also on the scoresheet for a 3-1 Lazio win.

Empoli turn out to be one of the surprise packages

It’s not a new name for Serie A enthusiasts, but Empoli did surprise many with a solid half-season after being promoted to the top division once again by winning Serie B last term as they did back in 2017-18.

But they aim to stay long in Serie A this term. There are enough signs for it to happen besides the abysmal form of the currently three bottom sides in the standings. Empoli finished the year strong with a five-game unbeaten streak before the defeat to title hopefuls AC Milan.

The highlight of their return to Serie A was away victories at Juventus before repeating the success at Napoli. In what was Cristiano Ronaldo’s final game for the Turin side, Empoli secured a shock victory that put them on the way to a fine first half of the season.

But they started the season with a 3-1 home defeat to Lazio. It was the sixth time in the row Empoli lost to the blue side of the capital city. Filippo Bandinelli opened the scoring for Empoli, but they conceded three goals before the half-time break in a fiery start for Sarri’s era.

Center back Francesco Acerbi is out with a hamstring injury. Lazio will also be without Mattia Zaccagni, who is tested positive for COVID-19.

Nicolas Haas, Ardian Ismajli and Emmanuel Ekong are unavailable for selection for the trip to Rome for Empoli.

Lazio would be the favorite here, but with Empoli’s strong record away from home against European hopefuls, this could be tricky. Empoli is currently 16 points clear of the relegation zone, which is unimaginable when they get promoted to Serie A.