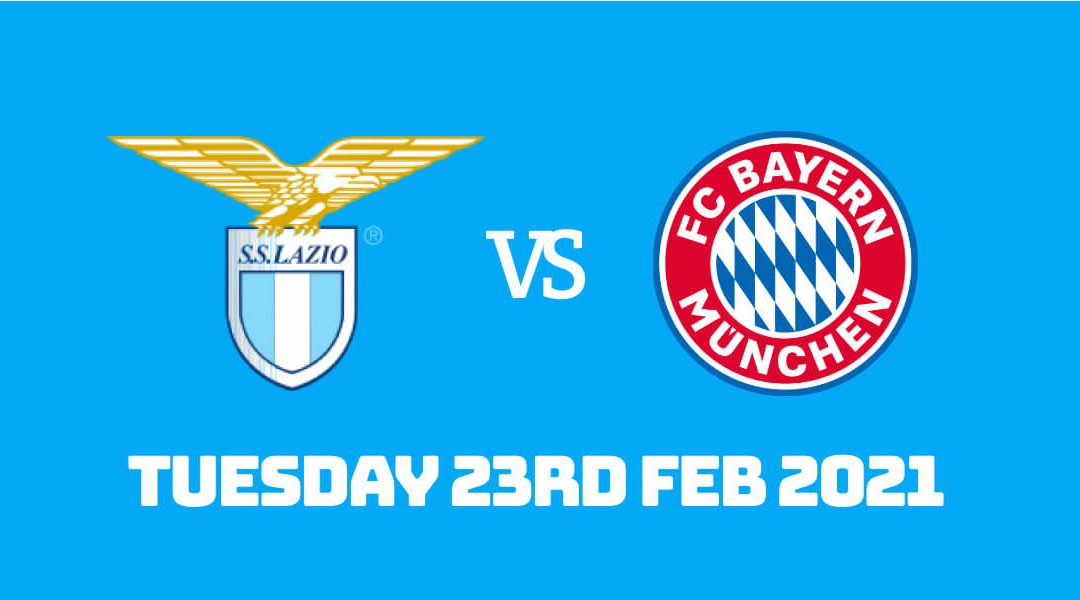 An in-form Lazio side target an upset as they host defending champions Bayern Munich in the first leg of Champions League round of 16. The Bavarians had another sloppy first half at Frankfurt after their Club World Cup triumph as their lead at the top of Bundesliga standings reduced to two points. Lazio returned to winning ways after their first league defeat of the year at Inter the previous week.

Lazio back on track to fight for a top-four finish

This season hasn't been easy for Simone Inzaghi. Still, he's finally got his mojo back as they now eye a Champions League berth for the second year running. Luis Alberto's deflected effort against Sampdoria helped them remain in the race for Europe's premier competition.

It was the seventh goal of the season by the Spanish attacking midfielder. Sergej Milinkovic-Savic provided his eighth Serie A assist of the season as Lazio held on for a successive 1-0 home win. The two midfielders are vital cogs of Lazio's attacking play, with Ciro Immobile enjoying another productive season upfront.

Meanwhile, their defensive record shows improvement as they kept four clean sheets in their last seven league games. They only had three before that point in the Serie A, which kept them away from European places until matchday 20. Lazio has a chance to climb places, with a trip to Juventus being their only big test in the next eight Serie A fixtures.

Bayern seemingly clinched the Bundesliga title for the ninth season running after a decent start to the new year, but RB Leipzig entered the race after Hansi Flick's side lacklustre first-half performances in back-to-back games. They conceded two goals each in the first 45 minutes at Arminia Bielefeld and Eintracht Frankfurt.

The first of which was a bit understandable as Bayern spend the previous week in different conditions in Qatar from the snow-covered Allianz Arena. Three goals, including a stunning volley from Robert Lewandowski, after the break saved the day for Bayern as the 3-3 draw was hardly disappointing, taking all things into account.

But Bayern's defensive fragilities are again on display when Frankfurt won at home against them for the second time in a row. Lewandowski is once again on the scoresheet as he aims to beat Gerd Muller's 40-goals tally, but Flick's team badly miss the service of midfield lynchpin Thomas Muller.

A first meeting between the clubs

The two teams have never faced each other in a competitive game. World Cup's record goalscorer Miroslav Klose, currently an assistant manager at Bayern, spent five memorable seasons at Lazio before ending his glamorous playing career.

Lazio took four points in their duel against Borussia Dortmund in the group stage this season, but they had to settle for a second-place finish as they drew four games.

Thomas Straskosha is still out of action with a knee injury meaning Pepe Reina will face his old club. Luiz Felipe and Stefan Radu will not be available in defence, while Manchester United loanee Andreas Pereira hopes to recover in time.

Benjamin Pavard and Muller are out of the side with positive COVID-19 tests, while Corentin Tolisso suffers another injury setback. Serge Gnabry could also miss the trip due to a hamstring injury.

Bayern to look for a bounce-back?

It'll be a close game, with the tension from the last meeting not quickly fWe saw that the Champions League could be a welcome break for teams struggling in their domestic league in last week's games. Bayern would hope for more of the same as they hope to kill the tie with a first-leg away win. Lazio would certainly ask Bayern's substandard defence some questions, however, as we can expect an entertaining end-to-end encounter.