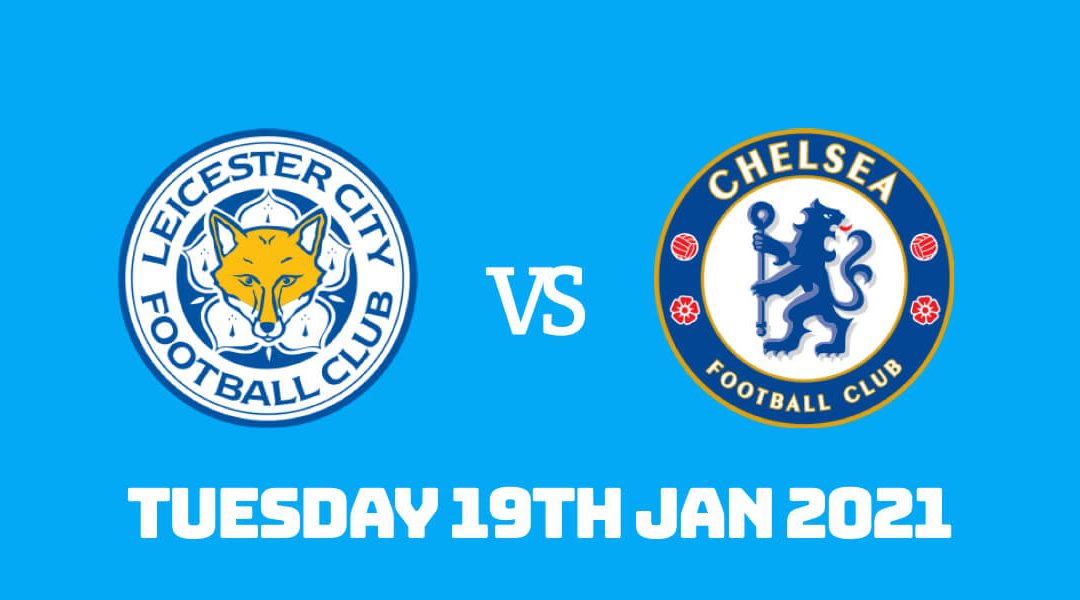 Leicester plays Chelsea at the King Power Stadium, which promises to be an entertaining and revealing match. Please keep reading for our free betting tips and predictions.

Can Leicester summit the Premier League?

Last season saw Leicester perform incredibly well in the first half of the season, only to crumble as the season went on and slip out of the top 4 as the season progressed.
They won't want to repeat this, and players like James Maddison and Harvey Barnes can only benefit from the experience.

Leicester's 2-0 win against Southampton in the last match cemented The Foxes as credible title challengers in 2021. Unbeaten in six matches, winning 4 and losing 2.

Leicester have performed brilliantly in the second half of matches this season, winning 6 when drawing at half-time.
The only blot on the copybook is Leicester's recent head-to-head form against Chelsea as they are without a win over the last 4 Premier League matches they've hosted.

The match kicks off at 20:15 on Tuesday 19th January 2021 and the entire match is available on Sky Sports.

Lampard & Chelsea in need of another win

Chelsea ended their three-game winless streak by winning 1-0 at Fulham last time out. However, that was still nervy as 10-man Fulham only succumbed in the 78th minute. Chelsea has made a habit of scoring late in games, with Mason Mount's goal against Fulham being the 11th time Chelsea have scored past the 75th minute mark. Leicester has a better record for goals after the 75th minute, having scored 12 past that point.

There are other similarities between the two sides. Both Chelsea and Leicester have averaged goals of 1.83 per match and goals conceded of 1.17 per match. However, Chelsea has failed to make those stats count and languish in 7th, a win would only move them up to 6th, 2 points adrift of the 4th and they will have played a game more.

Against Fulham, Mason Mount scored Chelsea's 800th away goal in the Premier League. More importantly, it was Chelsea's fourth clean sheet away from home this season. That's a massive improvement on the last term when they only managed a solitary clean sheet.

Brendan Rodgers hopes Jamie Vardy has recovered enough after being subbed against Southampton due to his chronic hip problem. Dennis Praet is still injured, but Caglar Soyuncu could make the squad having last started on 3rd December 2020.

Frank Lampard will have to do without midfield general N'Golo Kante due to suspension (5 yellow cards). Aside from Kante's absence, Chelsea has a full-strength squad and needs to justify the pre-season expenditure outlay