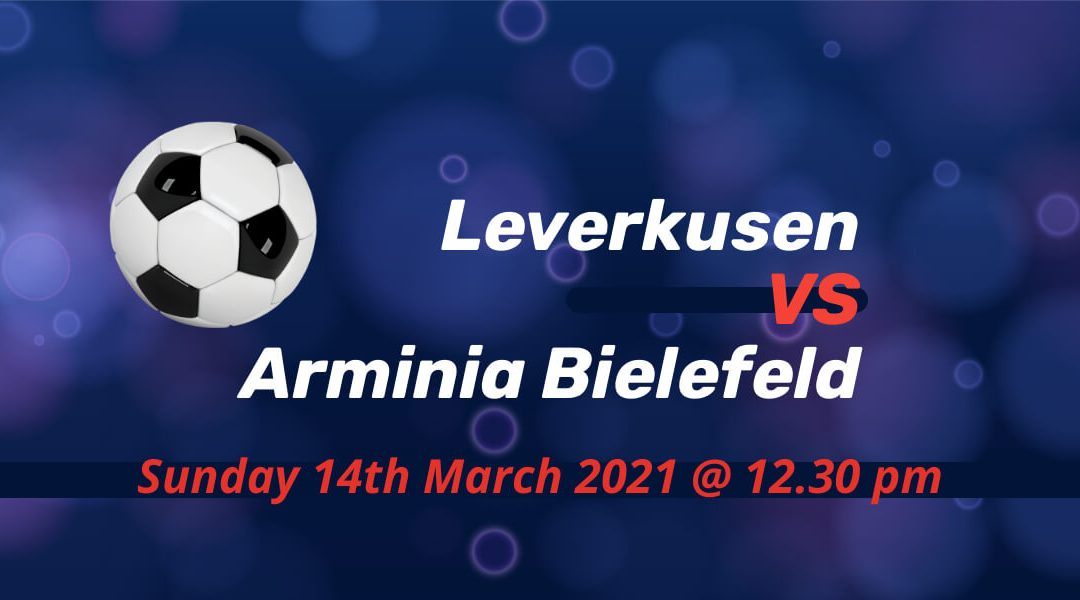 Bayer Leverkusen hope to end their inconsistent run with a first successive win since December when they host Arminia Bielefeld. The visitors lost a crucial six-pointer in the race to avoid the drop in midweek with a 2-0 defeat against Werder Bremen. Leverkusen returned to winning ways by beating equally struggling Borussia Monchengladbach last Saturday.

Another chance for Leverkusen survival

At times, Leverkusen played great football in 2021, but the results have been disappointing. They lost five times compared to the only defeat in the first half of the season, which did come against the mighty Bayern Munich.

Peter Bosz’s side couldn’t get the formula as they keep losing the plot with the Champions League spot at stake. Luckily for them, other teams in contention also had a patchy time as Leverkusen are only three points behind fourth-placed Eintracht Frankfurt.

With the next two games also tying them with teams in the relegation fight in the form of Hertha Berlin and Schalke, Leverkusen could sit in a Champions League place if they win these three fixtures. They would also face another two teams in the bottom half of the standing next up in Hoffenheim and Koln before the big one against Bayern.

Bielefeld missed a big chance to climb up the table

After Hertha Berlin’s win at Augsburg, Bielefeld had a chance to regain their spot in a rescheduled fixture. Still, they squandered it with a lack of finishing their chances and game management. Frank Kramer’s team is yet to score a goal in 180 minutes of action.

The goalless draw against Union Berlin followed with the 2-0 defeat against Bremen as the new coach only getting a point from his first two home games. Bielefeld had chances, but they were wasteful in front of the goal. The same accusation couldn’t be targeted at the visitors as they slotted home two second-half chances.

Nathan de Medina, who replaced injured Jacob Laursen, was sent off with a rough challenge fifteen minutes from time. The 23-year-old fullback is the first player to see a red card from Bielefeld this season, a good record for a team in the drop zone.

Bielefeld with no shots in goal in the reverse fixture

Bielefeld didn’t manage a single shot against Leverkusen when the sides met earlier this season. It was only the second time that happened in Bundesliga since data started to be recorded.

Yet Leverkusen were not at their best that day either and only secured the win through an unlikely source two minutes from time. In face, Bielefeld scored even though they didn’t test Lukas Hradecky’s goal all game. That’s because the Finland international scored a comical own-goal after Leon Bailey’s opener. Aleksandar Dragovic decided the game with a brilliant goal to save the day for Leverkusen.

Hradecky is out of this game as the ever-present goalkeeper faced his first injury setback at the club. Niklas Lomb replaced him initially, but Bosz turns to his third goalkeeper Lennart Grill after his mistake against Augsburg. Florian Wirtz and Timothy Fosu-Mensah are the latest players on Leverkusen’s lengthy injury list.

Leverkusen to win back-to-back Bundesliga games for the first time in 2021?

In the first of the three Bundesliga fixtures on Sunday, Leverkusen have the chance to send a statement in their Champions League pursuit. Bielefeld are in the worst run since the promotion, but they showed they could hold their own against Bayern last month.