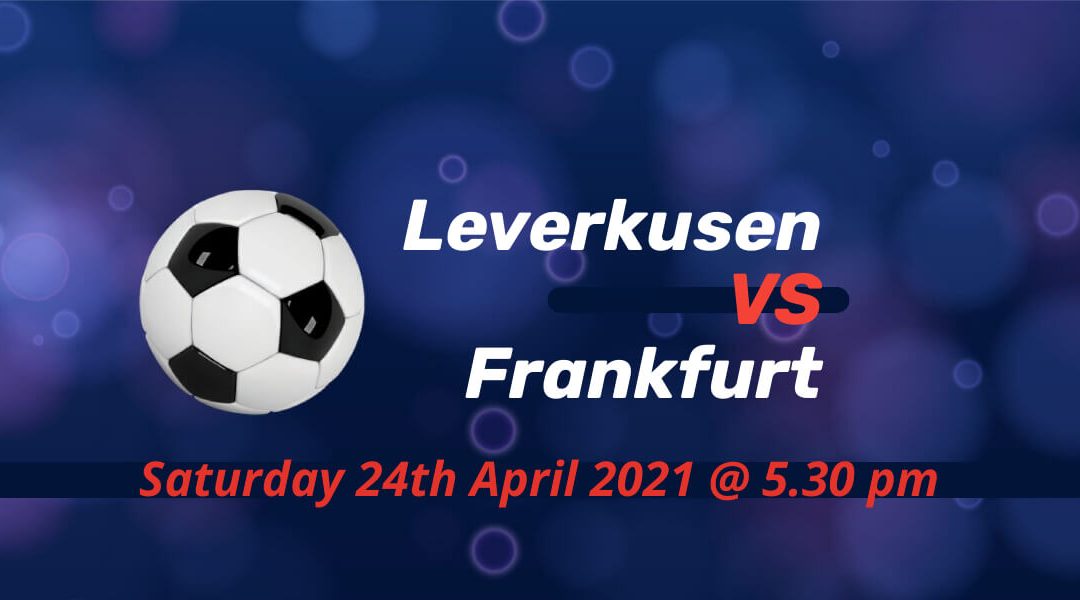 Eintracht Frankfurt are looking to cement their fourth place when they travel to Bayer Leverkusen on Saturday. The hosts can only think of the Europa League spot after their defeat at Allianz Arena in midweek. Frankfurt is hoping for a first Champions League appearance.

Wolf yet to win a Bundesliga game away from home

It was Hannes Wolf’s 12th away Bundesliga game in midweek when Leverkusen faced champions-elect Bayern. The game ended with a comfortable victory for Bayern, who could have added to a more telling scoreline than the final 2-0 result.

Wolf only collected three points from his first 12 away fixtures. Before working at Hamburger SV and Germany’s youth team, Wolf was in charge of VfB Stuttgart before he was sacked midseason.

Although he won all five of his first home games at Stuttgart, he didn’t manage to gain results on the road for the Swabian club. The story is similar here since he joined Leverkusen as an interim coach. He won both of his first two home games, but they failed to score in both away games at Hoffenheim and Bayern.

The first game after Adi Hutter’s departure news didn’t go according to the plan for Frankfurt. The Austrian’s future club dispatched Frankfurt 4-0 as the Eagles had a tough time against a bunch of players who showcased their talent for Hutter.

It all restarted talk of how such news made official during the season hurt a club’s position. A similar fate befell Gladbach after Borussia Dortmund activated Marco Rose’s release clause earlier in the month.

But Frankfurt reacted well to the defeat with a fine performance and three points against Augsburg. Martin Hinterreger returned to the side and scored to break the Bavarian’s resistance. And the second goal followed a familiar combination play — Andre Silva scoring from Filip Kostic’s well-timed cross.

Three wins each in the last six meetings

The head-to-head record is very balanced between the two teams. Both have three wins to their name from the last six fixtures. And Leverkusen eliminated Frankfurt from the cup after the latter won the reverse fixture in the Bundesliga 2-1. And there are some fine goals scored in their two games this campaign, including those from Amin Younes and Nadim Amiri.

There are no new injuries in Wolf’s camp as long-time absentees Julian Baumgartlinger, Timothy Fosu-Mensah, Santiago Arias and Paulinho are still not expected to feature on Saturday night.

The story is similar at Frankfurt as Almamy Toure and Ragnar Ache, the only players who are out of the squad for the trip to Leverkusen.

A battle for European places

Frankfurt are sure to play at Europe in midweek as they would end up at the newly-created Conference League at the very least. Leverkusen still have to fight to finish in the top five as their 2021 form is entirely different from their strong start to the season.