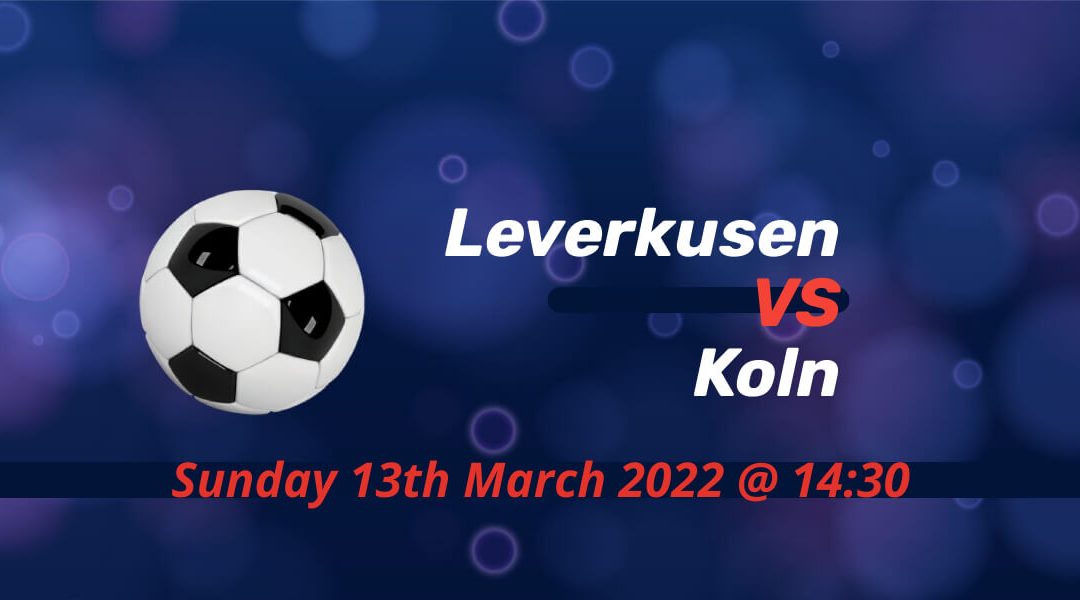 Bayer Leverkusen hope to have a calmer time than their Thursday’s frantic encounter when they host FC Koln in one of the four Sunday Bundesliga games. Koln had difficulties in recent weeks as they lost at home last Sunday to fellow European hopefuls TSG Hoffenheim.

Leverkusen return home from Bergamo with a promising result

It was hectic as expected. Leverkusen facing Atalanta could’ve only been a full-throttle attacking football showcase as both sides are among the most entertaining teams in Europe’s top-five leagues.

And it had plenty of twists with the tie going to halftime with Atalanta taking a 3-2 lead to Leverkusen. Werkself started the game on a backseat, but it was an end-to-end game and Charles Aranguiz scored a beauty moments after his free-kick effort ricocheted off the post.

But it was a turning point of the match as Atalanta dominated proceeding from this moment until Moussa Diaby netted a valuable strike for Leverkusen late in the second-half. Atalanta should’ve been in front by more goals than their three strikes as Leverkusen boosted their chances for the return leg.

Koln struggled for goals in 2022

Since their 2-2 draw against newly-promoted VfL Bochum, Koln failed to score more than a goal in any of their last five games. Anthony Modeste scored winners in fights against direct rivals SC Freiburg and Eintracht Frankfurt.

In their last away fixture, Koln failed to beat cellar-dwellers Greuther Furth. And last week it was Stefan Posch’s sole strike that helped Hoffenheim take home three points in an open encounter against Koln.

But Steffen Baumgart is happy with the performance against Hoffenheim. Although not in the level of their opponents, Koln created enough chances in the game to at least grab an equalizer late on the night.

Comeback draw for Koln in the reverse fixture

Two quickfire goals from Patrick Schick and Karim Bellarabi seemed to set Leverkusen for a heavy victory in the first meeting of the clubs. But Koln pegged back in the derby with two second-half strikes from the inevitable Modeste.

Both Leverkusen scorers from the first meeting are unavailable due to injuries. Leverkusen had a thick bench in Bergamo on Thursday, but they will have Kerim Demiribay back after his suspension in Europa League. Robert Andrich is also a doubt for Leverkusen.

Mark Uth and Timo Hubers hope to recover in time from COVID-19 to return to the side in the derby encounter.

Leverkusen is on the verge of making their Champions League qualification all but a formality. For Koln, they’re still in a packed battle for a European place. Modeste and Lucas Alario would be decisive as both teams are known for creating enough chances. Meanwhile, there is a huge difference between the two midfielders as Koln’s energetic all-rounders face Leverkusen's creative hubs.