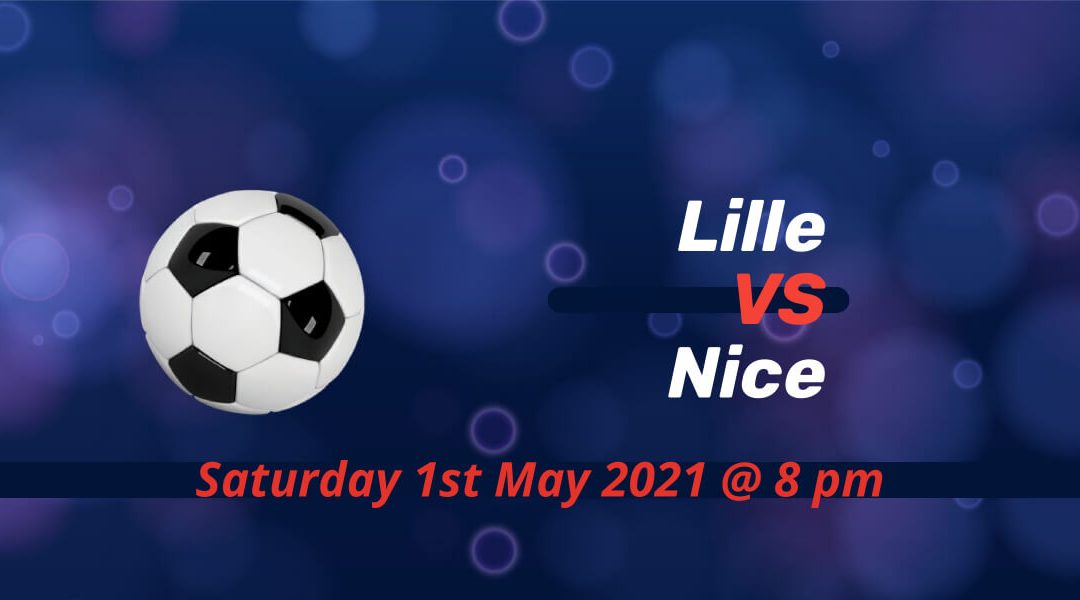 In a game that could potentially pit Christophe Galtier’s present and future clubs, Lille host Nice in the final Ligue 1 fixture of Saturday. Lille are currently top of the table with both PSG and Monaco ready to bounce with one bad result from Galtier’s side. Nice are improving in recent weeks, but Adrien Ursea is not expected to be given a permanent role at the club.

Lille were in first place before their game at Olympique Lyonnais’ Groupama Stadium. But things go wrong when they were 2-0 down after a goal from Islam Slimani and Jose Fonte’s own goal in the first half.

If the game ended at that moment, Lille would have been dropped to fourth place, which would mean they will miss out on a Champions League qualification. But 35-year-old Burak Yilmaz came to the rescue as he first netted a superb free-kick to give hope for Lille before the halftime break.

He was the architect for the equalizing goal with a timely pass to Jonathan David. The latter also scored a massive goal at Parc des Princes earlier this month. The winning strike came with a combination play of the two Turkish international. Yilmaz provided a cheeky finish after Yusuf Yazici’s flick put him one-on-one with Anthony Lopez.

The match kicks off at 20:00 on Saturday 1st May 2021, and the entire game will be available on Premium Sport.

Nice’s project could add another title challenger next season

For all the shouts of Farmers’ League, Ligue 1 has seen the most spectacular title race this season. As mentioned earlier, Lille dropped from first to fourth in the space of half an hour last Sunday before returning to the top spot at the end of the day.

Nice could add to this exciting race next season as the owners are willing to invest in the squad. And they already have one of the best young squads in the division. Nice’s roster has the potential to do more than their current league position from the defence to attack.

They beat Montpellier last weekend, but they were out of the European places race. Their bad run of results under Patrick Vieira was a dent in their attempt to jump up in the placings. Romanian coach Ursea is not expected to stay at the helm next season with Galtier strongly linked with the club.

One win in 17 games against Nice for Lille

There is a 27 points gap between the clubs currently. Lille only managed a single win from their last 17 games against Nice. The previous two games ended in an identical 1-1 scoreline, including the reverse fixture that saw Kasper Dolberg and Yilmaz on the scoresheet. This is the first time Ursea faces Lille, while Galtier only had six wins against Nice in 21 previous attempts.

USA international Timothy Weah is currently out of action due to a muscle injury.

Dante and Jeff Reine-Adelaide remain on the sidelines for a while at Nice, while Myziane Maolida is recovering after his surgery.

Lille to take a huge step to a third Ligue 1 triumph?

Lille is not firmly placed financially with the owners’ approach could see the club need to rebuild again while Nice is ready to invest. Galtier will hope to end his spectacular tenure at Lille with a sensation title, while Nice hope for a solid end to the season.