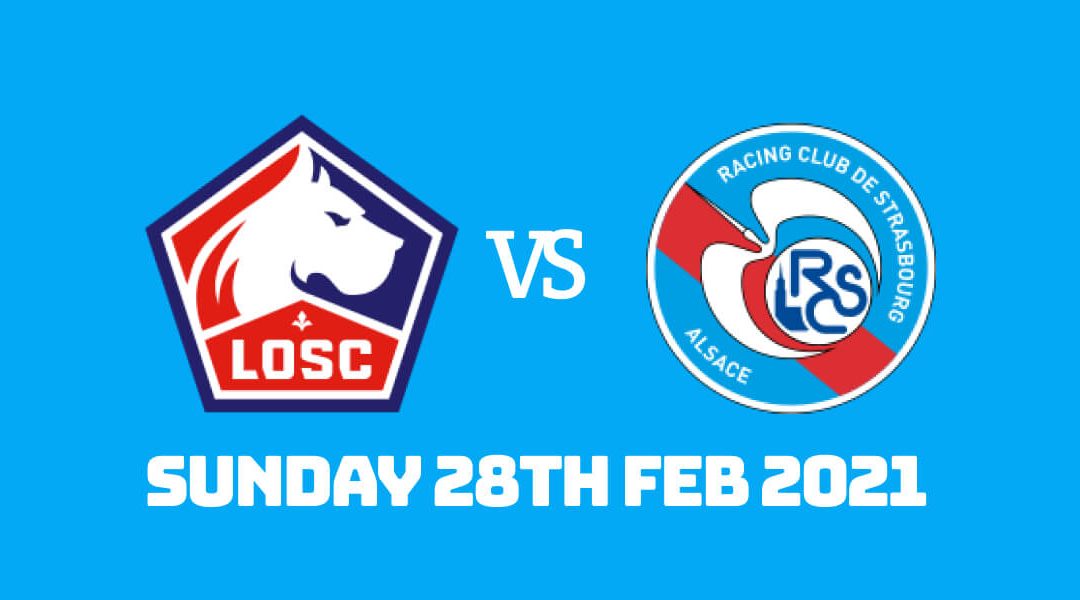 Ligue 1 leaders Lille hope to extend their advantage at the top when they host relegation-threatened Strasbourg. Christoph Galtier’s side only dropped five points since the turn of the year. By their standard, Strasbourg also had a good start to 2021, with only two defeats from nine league games.

Lille’s excellent win at improving Lorient and PSG’s home defeat against Monaco means they’re now three points ahead in the standings. It was Lille’s seventh straight win on the road as they have collected more than half of their points on their travels.

Skipper Jose Fonte scored an all-important goal that helped Lille take a 2-1 lead to the halftime break. Jonathan Ikone’s spectacular free-kick was the best goal of the night as Lille secured a 4-1 win at the relegation-threatened side Lorient.

They tried their very best on Thursday to revert the first leg home defeat against Ajax. Still, another 2-1 defeat means they’re knocked out of Europa League in the first knockout stage. Yusuf Yazici, who scored two hattricks in the group stage, remained top of the scoring chart with his seventh of the tournament from a penalty-kick, however.

One win in six for Strasbourg

For a team that started the new year with a 5-0 demolition of Nimes Olympique, Strasbourg are having an awful run of results. They only won once in their last six league outings, and they are also knocked out of the cup by Montpellier.

They followed up their biggest win of the season with narrow wins against Lens and Saint-Etienne, but Thierry Lourey’s side has lost momentum in recent games. Adrien Thomasson’s brace helped them to a 2-1 win at Metz in their last away game before a goalless draw at home against Angers.

Strasbourg scored more goals than sixth-placed Metz, but they’re far from the top half of the table. They’re only two places and six points off the danger zone, and they need to get out of their bad run as soon as possible. The next two games would be against the top four clubs in-form of Lille and Monaco.

Lille unbeaten in five against Strasbourg

Lille won the last three games and are unbeaten in five against Strasbourg. However, it is Strasbourg who has won the most head-to-head fixtures with 18 wins from 48 meetings. Lille came out victorious on 16 occasions.
The reverse fixture ended with a comfortable 3-0 win for Lille. Turkish internationals Zeki Celik and Burak Yilmaz found the net as well as the former Bayern Munich midfielder Renato Sanches.

Yilmaz is the only Lille player who’ll miss Sunday’s fixture. With the excellent form of Timothy Weah and Yazici, Lille has options of making up for the long-time absentee.

Mohamed Simakan is yet to return to action. However, the potential Dayot Upamecano replacement for Leipzig could feature again for Strasbourg in a couple of weeks. In his absence, fellow defender Alexander Djiku has garnered more attention in recent weeks.

Lazio to climb to third until Juve’s trip?

Lille are not expected to win this season’s Ligue 1. Their defensive record is immense, but they’re not getting enough goals from the attacking department. Meanwhile, PSG and Lyon have far superior squads, and Lille still have to face all the other three teams in the top four. However, this could be a walk in the park for Galtier’s troops, as their positive record against Strasbourg serves as further motivation.