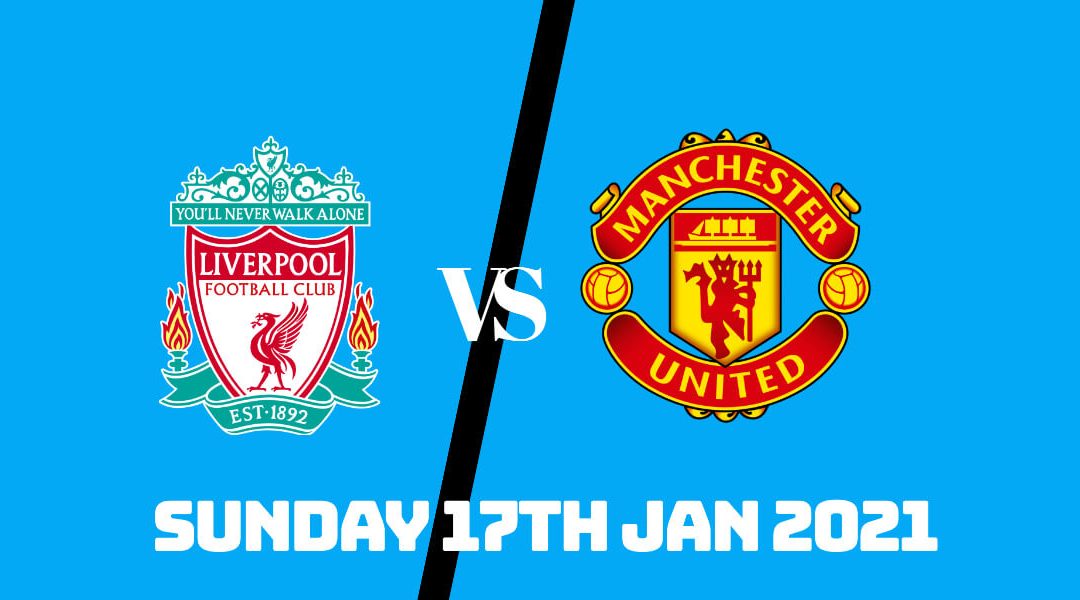 Leaders Manchester United visit defending champions Liverpool in a highly-anticipated Super Sunday Premier League fixture. Despite Liverpool having to wait three decades for a league title and United slumping since Sir Alex Ferguson's retirement, games pitting the two sides are always a big part of Premier League's spectacle. And with United returning to the summit for the first time since Sir Alex's days, all eyes would be on Anfield this Sunday.

With Liverpool coming to the fixture with the perfect record after games against Marcelo Bielsa's highly-touted Leeds, free-spending Chelsea and Arsenal, few expected a defeat let along in this magnitude. However, Liverpool recovered well from the setback. They went in twelve league games unbeaten run before their defeat at Southampton.

The narrow defeat at Ralph Hasenhuttl's well-oiled team Southampton meant Liverpool only picked up two points from their last three league outings. This run of results came after Liverpool top the standings with a late win against Jose Mourinho's Tottenham Hotspur and a 7-0 victory at Crystal Palace.

Liverpool fared relatively well considering the list of injuries at the club this season. From star defender Virgil van Dijk to new signing Thiago Alcantra, Klopp had to shuffle his side regularly. He's also already forced to use all his three first-team goalkeepers in the Premier League.

The match kicks off at 16:30 on Sunday 17th January 2021 and the entire match is available on Sky Sports.

After United's home defeat at Arsenal, who were in the bottom half of the table, Ole Gunnar Solskjaer was under massive pressure at the helm. The Red Devils also dropped to Europa League as they couldn't make use of their strong start to the Champions League group stage. Still, the league form shushed all the calls for the Norweigian's sacking.

Since the Arsenal defeat, United won nine out of eleven league games. The other two ended in respectable draws against Manchester City and Leicester City. In comparison, United only collected seven points from the first six games. Midweek's hard-fought win against Burnley in a rescheduled fixture put United top for the first time since 2013 excluding first matchday tables.

Bruno Fernandes is at the heart of United's success story. He has delivered the goods since his transfer from Sporting CP. The Portuguese international is the most consistent player at United with Marcus Rashford struggling with injuries and Paul Pogba's off the pitch antics.

United sits atop the standings with a healthy three-point gap from their Sunday's host Liverpool — Manchester City is four points and one game behind. However, it all came quickly for Solskjaer's troops as a title race might be coming too soon for their project. Although the league is very tight this season, Liverpool and Manchester City were far ahead of the rest of the league in the past few campaigns.

Manchester United has only won once in their last ten games against Liverpool. It was a highly memorable one, though, as Rashford came into the spotlight with an unforgettable brace. The last time United defeated Liverpool at Anfield was back in 2015, a few months after Klopp's arrival.

Liverpool would still be without their centre-back pairing van Dijk and Joe Gomez. Fellow defenders Konstantinos Tsimikas and Joel Matip are also currently on the sidelines. Naby Keita could make a return, but the influential Diogo Jota is out with a bruised knee.

Solskjaer has few injury worries ahead of the big clash with Phil Jones, Marcos Rojo and Victor Lindelof, the only players on the sidelines. The Swedish defender can recover in time, but Solskjaer would most likely stick with Harry Maguire and Eric Bailly's partnership. Anthony Martial and Nemanja Matic are expected to feature despite injury scare against Burnley.

It'd most likely be a close game with more hard tackles than goal-scoring chances. Liverpool is expected to take the initiative while United would be happier with a draw.