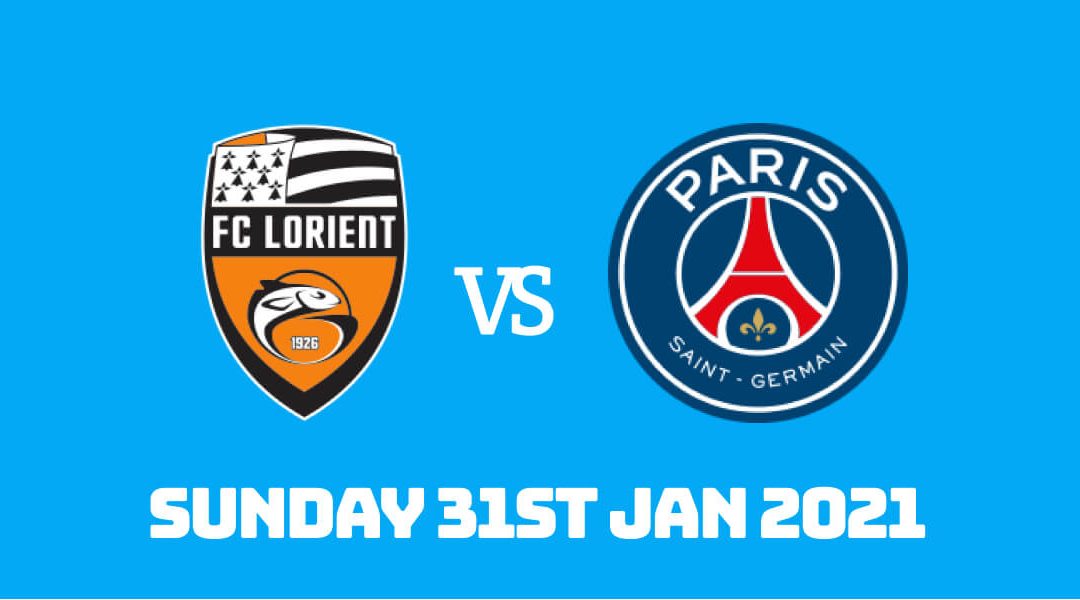 Ligue 1 leaders Paris St Germain travel to Lorient on Sunday in a battle of teams at either end of the standings. The week saw PSG showing keen interest in the European Super League. Meanwhile, Barcelona wasn’t too happy with the Ligue 1 giant’s pursuit of Lionel Messi. In contrast, Lorient had to deal with a relegation six-pointer on Wednesday as they edged out Dijon to climb out of the bottom-place.

In one of the fierce relegation battles, all the three teams in the relegation zone have 15 points. Lorient and Nimes were expected to face off last week, but the game was postponed as the home side missed more than ten players due to positive COVID-19 tests.

It was their first game in 17 days when they met another of the drop zone teams on Wednesday. Dijon was unbeaten in four games coming into the fixture. They were also yet to lose against Lorient after five encounters. Meanwhile, Lorient only picked five points in 12 games before the trip to Burgundy.

Lorient drew the first blood with Chelsea loanee Trevor Chalobah scoring his first Ligue 1 goal. It was Dijon who were in front at the half-time break, however, with two quickfire goals. Bruno Ecuele Manga scored against his former club before Mame Balde’s sixth goal of the season puts the visitors ahead. Nigerian striker Terem Moffi levelled the hour mark score, shortly before Lorient got a helping hand from VAR.

Yoann Etienne, who was making his debut, saw a straight red card before it was rescinded to a yellow card. The game set to end in a draw, but Lorient found the winner in the sixth minute of injury-time. Anthony Racioppi makes the mess of keeping Enzo Le Fee’s header as the decisive goal recorded as an own goal by Dijon’s goalkeeper.

PSG officials think Ligue 1 is badly run and would profit from joining the controversial European Super League. The plan is to have 15 permanent clubs with five guests every season. The round-robin format would be followed by a playoff involving the top six teams.

Although the newly-proposed league didn’t get FIFA and UEFA’s acceptance, PSG are actively in favour of it as reported by Le Parisien. The PSG key figures are not against the idea that it might require them to leave Ligue 1. They think the league is currently run the wrong way while it’s not competitive enough.

PSG were also in the headlines after Joan Laporta threatens legal action against the French giants. Argentinian superstar Lionel Messi is at the heart of it as Barcelona’s presidential candidate laments PSG’s sporting director Leonardo’s public comments on the 33-year-old being part of their transfer targets.

PSG is also strongly linked with Real Madrid’s Sergio Ramos during the week. After returning to the top of the table with a late win at Angers, PSG crashed Montpeiller 4-0 last week. Both Kylian Mbappe and Neymar were on the scoresheet as the France international scored his first goals of 2021.

The last time Lorient take something from their game against PSG was in the 2012-13 Ligue 1 opening weekend. They were 2-0 ahead at half-time in Parc des Princes before Zlatan Ibrahimovic’s brace saved the day for the Parisians. The equalizer came from a penalty kick in injury-time.
That was the fourth time in a row PSG failed to win at home against Lorient. However, the story is different after that, as PSG came out on top in each of their last twelve games against the Brittany club.

Lorient’s defender Thomas Fontaine is yet to feature after playing in the reverse fixture against PSG in mid-December. PSG’s Juan Bernat, who will not return before March due to a cruciate ligament injury, is the only player ruled out of the game.

PSG pitted to extend the winning run against Lorient?

Mauricio Pochettino’s side is expected to retain or extend their lead at the top. With the Champions League knockout tie against Barcelona on the horizon, PSG needs to make good use of the squad. The surprise Ligue 1 title race requires them to be at their best every week, however.