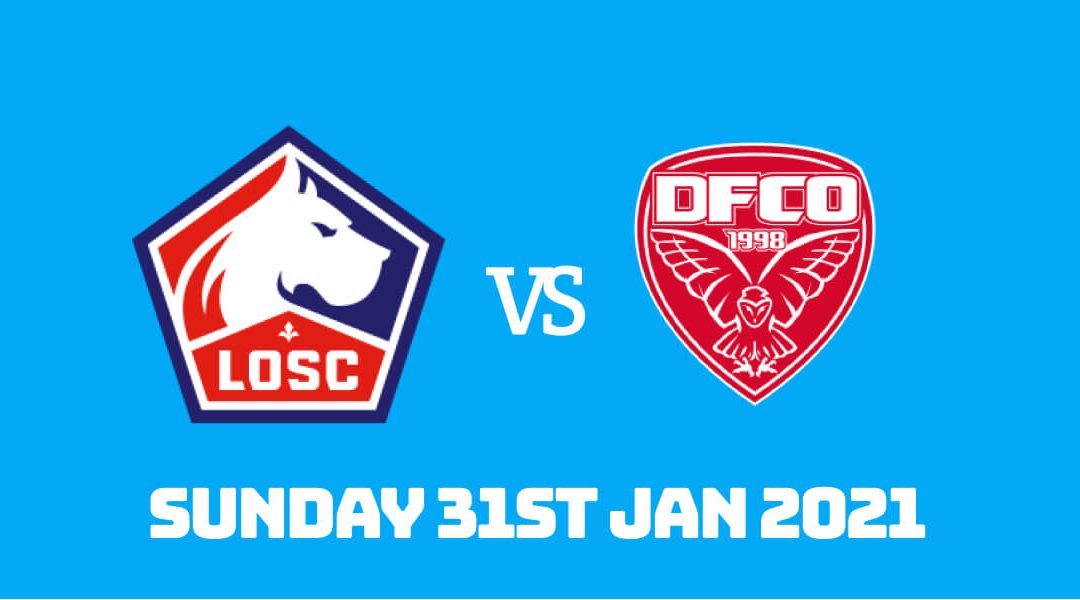 Lille and Dijon lock horns in a key game for the sides at both ends of the table. Christophe Galtier's side is level on points with PSG at the top of the league. Dijon are in the relegation playoff position, but only goal difference separates them and bottom-placed Nimes.

Lille on the rise

Lille continues to strike great profits from the transfer market. The last two summer windows saw them amaze the club's top two record sums for outgoing players. They transferred Nicolas Pepe, Rafael Leao, and Thiago Mendes for more than €125m after their instrumental role in Lille finishing second in 2018/19.

In COVID times, they amassed another €100m last summer with Victor Osimhen and Gabriel heading to Napoli and Arsenal, respectively. Lille overcame the financial difficulties and boardroom crisis with an excellent transfer policy and Galtier's squad management.

They remained in the Champions League qualification places since October. Lille even topped the standings for four weeks this season. Defending champions and Champions League finalists PSG currently only ahead of Lille with a better goal difference.

In Europe, Lille advanced to the knockout stage of the Europa League to face Ajax. On the group stage, they famously beat AC Milan at San Siro thanks to Yusuf Yazici's hattrick. Their attacking line is unpredictable with the Turkish duo Yazici and Burak Yilmaz supported by the three Jonathans — Ikone, Bamba, and new-signing David.

Only eight teams conceded fewer goals than Dijon in Ligue 1 this season. Yet David Linares's side is level on points with the last place Nimes. It was his first managerial job for Linares when he took over from Stephane Jobard in November. Still, he instilled a solid backline at Dijon.

They conceded 18 goals in the first nine league games under Dijon's former player Jobard. With Linares in charge, Dijon only conceded 12 goals in as many games. They were in a four-game unbeaten run before losing to Lorient in extra-time in midweek.

The result at Lorient has further ramifications in the standings. All the three teams in the relegation zone currently have equal points with Dijon having played an extra game since Lorient's visit to Nimes was postponed the previous week. Dijon sits in 18th place, giving them a second chance in the form of the playoff game against a Ligue 2 side.

It would be the second time in a row Dijon finds themselves in a similar situation. Since the leagues interrupted, there was no relegation/promotion in France last season. Dijon beat Lens in the 2018/19 playoff to prolong their stay in Ligue 1. Lens got promoted last season, and they're currently in a comfortable ninth place in the table.

The sides only met eleven times so far with Lille victorious on eight occasions. Dijon only has two wins and six goals to speak about in their previous games against Lille. One of the wins came last season at Stade Gaston-Gerard courtesy of Cape Verdean striker Julio Tavares' goal. The skipper left for Saudi Arabian club Faisaly in the summer after eight seasons at Dijon.

Xeka and Zeki Celik return to the team after suspension and injury, respectively. Burak Yilmaz also expected to be back in action after missing the last couple of games for Lille. Ivory Coast striker Roger Assale is available for selection for Linares's side.

PSG pitted to extend the winning run against Lorient?

Dijon has the worst attack in the league, but their defensive organization makes them a tough opposition since Linares's appointment. Lille themselves haven't been firing the goals despite their high position in the table. On the positive side, it's a game of two teams who are not afraid to give playing time to young players.