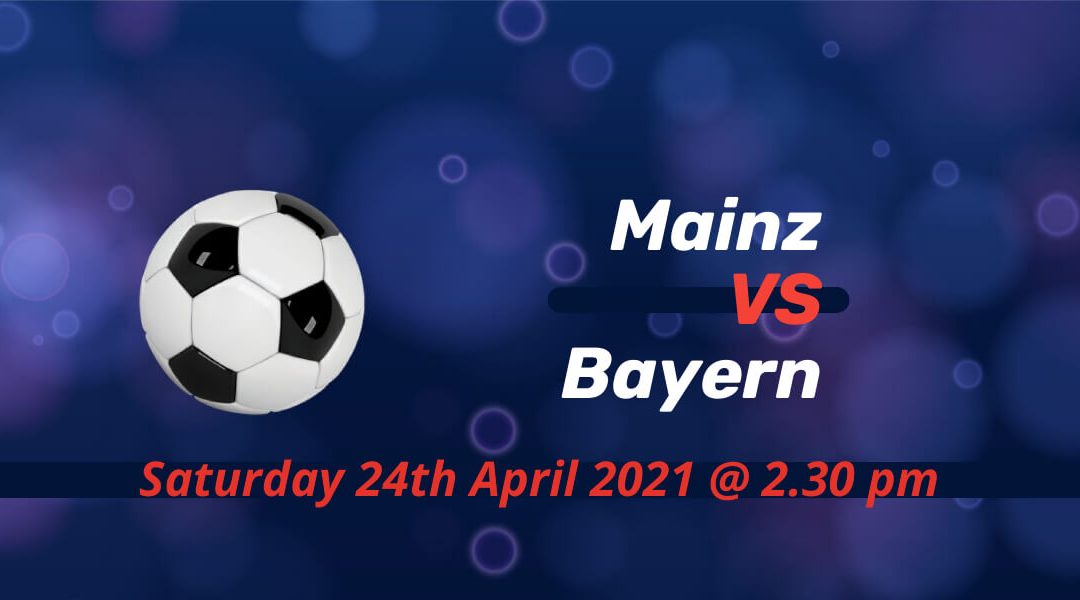 Bayern can be crowned Bundesliga champions on Saturday with a win at Mainz. The 05ers are currently in a relegation fight, but it's a game between two of the in-form sides in the Bundesliga.

Werder Bremen lost for a club record six consecutive times that left them in another relegation dogfight. Adam Szalai finally netted his first goal of the season as Mainz maintained their momentum going into the final four games of the campaign.

Only Bayern collected more points than Mainz in the last ten games. The club's fate is wholly changed once former Mainz defender Bo Svensson took over for his first job at this level. They also managed to record some significant results against teams at the top with a winning mentality, helping them turn deficits in a fraction of seconds.

The fight is far from over, however. Mainz would face some daunting fixtures until the end of the season. There would be a rescheduled game at home against fellow relegation fighter Hertha somewhere in between. Still, the last four games in the calendar saw Mainz face teams currently in the top five.

Bayern can clinch the title with a win

RB Leipzig dropped points in successive games as Bayern now extend the gap at the top to ten points. From now on, they don't need to wait for Julian Nagelsmann's side's results as they would be confirmed as champions with their next win.

Bayer Leverkusen started well at Allianz Arena on Tuesday, but, as usual, quickfire goals by Bayern changed the complexion of the game immediately. Eric-Maxim Chuopo Moting netted his fourth goal in five games before Joshua Kimmich added a second with a curling shot outside the box.

The result means Bayern would now be crowned champions for the ninth year in a row if they win at Mainz on Saturday. It'd be a record number of titles in Bundesliga for departing David Alaba and the ever-green Thomas Muller.

Mainz squandered a two-goal lead in the reverse fixture

Mainz faced Bayern at Allianz Arena with an interim coach before Svensson sits at the helm. They started brilliantly and have a 2-0 lead in the break thanks to goals from Jonathan Burkardt and Alexander Hack. But Bayern came out a different side after the break, with Kimmich producing a spectacular display from right fullback as the Bavarians scored five second-half goals.

Summer signing Luka Kilian, who wouldn't get playing time with Stefan Bell's fantastic return, is the only absentee for the hosts.

Lewandowski is expected to return to the side for the first time since his injury in national team duty. Serge Gnabry is also back after missing games due to contracting COVID-19. Corentin Tolliso is another player who returns to team training during the week, while Leon Goretzka played for the first time midweek after the first leg of the PSG tie.

Bayern to secure the title with three games left

This is a great chance to end the season on a high for Bayern despite a difficult time, mainly involving disagreement between the club's hierarchy. Although they had a great run of results recently, Mainz still need to be at their best, considering all the remaining fixtures pitting them against teams vying for Europe.