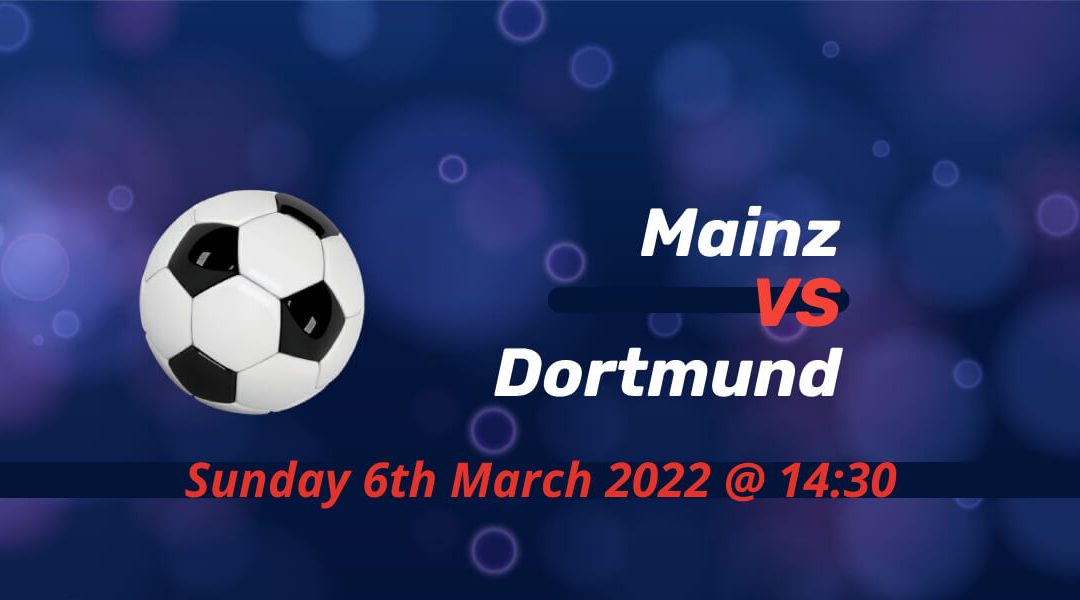 Although their title push seems to be gone after a disappointing draw at Augsburg, Borussia Dortmund travel to Mainz with a slight hope of pushing Bayern until the final weeks of the Bundesliga season. The home team won each of their last five home games in the MEWA Arena.

Mainz have been pushing for European qualification and their home form is the main reason for it. The dramatic 3-2 success over Bayer Leverkusen extended their home streak to five straight wins.

But, then, they succumbed to a 3-0 defeat away at Union Berlin, who failed to score a goal in three successive games. It was a contrasting performance to when they play at home.

Bo Svensson picked up his fifth yellow card of the season last week at Alten Forsteri. The result put them six points adrift of the automatic Europa League qualification as they need to make up for some room in the last ten matchdays to return to continental football.

The match kicks off at 14:30 on Sunday 6th March 2022, and the entire match will be available on Sky Sports.

After hitting Borussia Monchengladbach for six, Dortmund drew both their games leaving them with probably no trophy for the season. They were ousted by Rangers in Europe and Bayern is now eight points clear at the top of the Bundesliga table.

In the remaining ten rounds, Dortmund’s first hope would be securing a Champions League berth. Marco Rose struggles to bring out consistent performance from his side in his first season at Signal Iduna.

Haaland brace in the reverse fixture

Reus’s early strike and two goals from Haaland helped Dortmund to a 3-1 win over Mainz in the reverse game. Mainz is BVB skipper's favorite opponent as he scored the most goals against them than any of the other Bundesliga clubs.

Reus and Haaland aren’t expected to be fit for the starting lineup. Gio Reyna, Dan-Axel Zagadou and Thomas Meunier are certainly unavailable.

Mainz’s home form will be tested by Dortmund

Mainz currently have the longest winning streak at home in the Bundesliga. After their victory against third-placed Leverkusen in the last home fixture, they will hope to stretch the run against Dortmund. Rose’s side looks for a first win on the road since the 3-0 victory at Union Berlin.