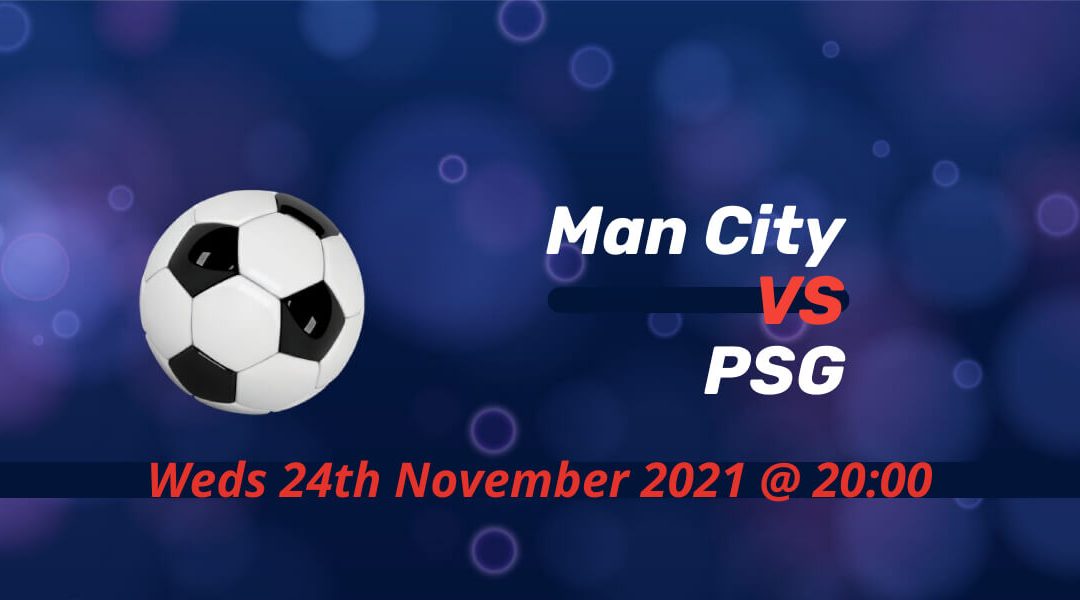 Manchester City hope to make up for their earlier defeat to PSG when the two mega clubs lock horns on Wednesday. Despite the big win against City, PSG has been unconvincing in their other three games so far in the competition. Manchester City started their campaign by scoring half a dozen against Leipzig and they dispatched Club Brugge home and away to sit top of the group.

Man City can claim qualification with a win

Pep Guardiola is looking to reunite with the Champions League trophy since leaving Barcelona, but it hasn’t been easy going for him both with Bayern and Manchester City. In truth, last season was the closest since the unfortunate defeat against Atletico Madrid as a coach of the German giants.

Now he’s going at it again and he faced a strong challenge starting from the group stage. RB Leipzig did knock out the other Manchester club in 2019-20 and Club Brugge has improved vastly over the years.

But the biggest challenge comes from PSG. The club who had a solid transfer market including bringing Pep’s old friend Lionel Messi is also looking for their first Champions League triumph. Despite the disappointing defeat in Paris, Manchester City is now on the verge of qualification ahead of welcoming PSG to their home.

The match kicks off at 20:00 on Wednesday 24th November 2021, and the entire match will be available on BT Sport.

Unconvincing PSG made for big nights?

It’s not even debatable that PSG’s big performance so far this season came against Manchester City. And that’s including the Ligue 1 season where they expected to dominate from the start.

In a way, they dominate the league and look to clinch the title in the early months of 2022. But the performances left plenty to ponder for Mauricio Pochettino’s men. In contrast, they put on a solid performance against last season’s Champions League finalists.

In their other group stage matches, PSG were lucky to collect four points against RB Leipzig. And in what was the first match of MNM — Lionel Messi, Neymar and Kylian Mbappe — PSG dropped points away at Brugge.

Manchester City were unbeaten against PSG in the previous five meetings. Manchester City also won each of their last three games against PSG. In a match Messi scored his first PSG goal, that run came to an end, however. The Argentinian curled a beauty after Idrissa Gueye put the Parisian in front in a memorable night for modern football.

Ferran Torres has a foot injury and he was out of Spain’s squad for the final two World Cup qualifying stage games.

Julian Draxler was finally recalled for Germany, but he also missed the opportunity following a muscle injury. Marco Verratti, who was one of the stars of the first meeting between the sides, is out for a while with a hip injury.

Game of the midweek

It’s not going to be like a knockout stage game, but we’ll surely be treated to a high-stakes game between two very good attack-minded sides.