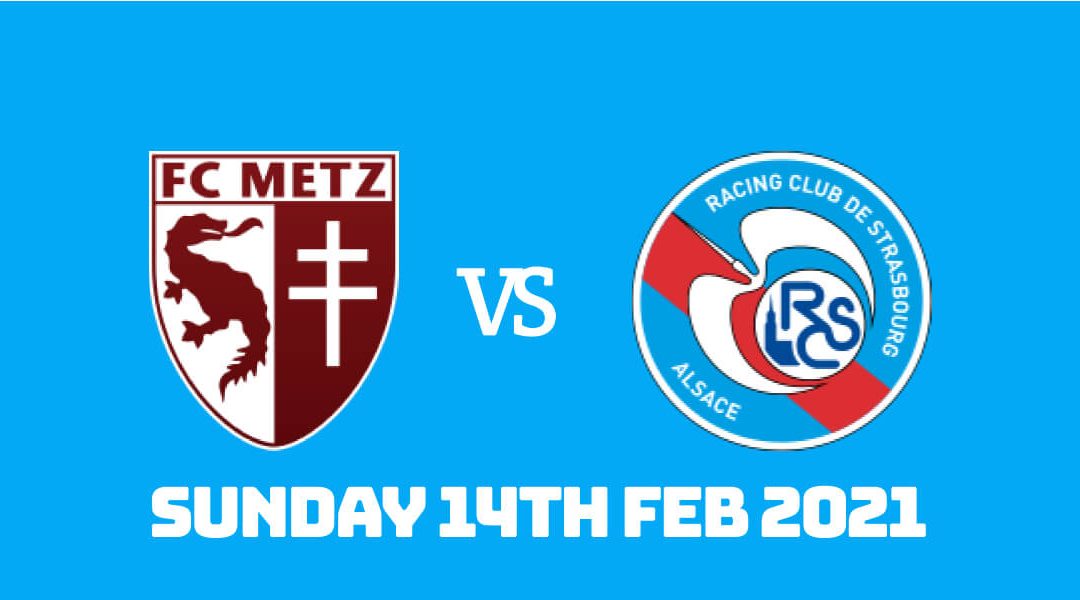 Metz hope to continue their good home record when they host Strasbourg on Sunday. Frederic Antonetti’s side is unbeaten at home since the turn of the year, and they currently sit at seventh place. Strasbourg could be in for a relegation fight as they’re only six points clear of the bottom three.

Metz failed to finish in the top half of the standings since their second-place finish in 1997/98. Their start of the season suggested another campaign where they have to fight for survival. Still, results have been improving since December so that they’re now three points shy of fifth-placed Rennes.

They progressed to the next round of Coupe de France with a 2-1 win against Amiens. Metz’s goals arrived in the very first minute and the injury-time. Alexis Blin cancelled Aaron Leya Iseka’s opener before Vagner left it late to score from the spot.

The cup win came after Metz’s six games unbeaten run came to an end at Saint-Etienne. John Boye’s own-goal was enough for the relegation-threatened side to stop Metz’s momentum. But they’ve been superb at Stade Saint-Symphorien with only three defeats this season including against high-flyers Monaco and Lyon.

The match kicks off at 14:00 on Sunday 14th February 2021, and the entire game is available to stream on William Hill.

Strasbourg look to distance themselves from the bottom three

The Racers were in European football not so long ago, but they now have to fight for getting out of the bottom half of the standings. Nine defeats from the first eleven games put coach Thierry Laurie under immense pressure.

Laurie has been in charge since 2016, but his contract will expire in the summer. He did steer the ship since December as they only lost four games since then. They started the new year with some aplomb with three wins on the trot including a 5-0 success over Nimes Olympique.

But normal service was restored in recent weeks as they’re winless in the last four despite coming up against three teams in the bottom half of the standings. Strasbourg were also knocked out of the Coupe de France midweek as they lost at home to fellow Ligue 1 side Montpellier.

Metz are superior in head-to-head games against Strasbourg. They came out victorious in 25 of the 55 matches where they have crossed paths so far, with Strasbourg only winning on 12 occasions. The last of which was in 2007 with Metz superior since then against one of the six clubs to have won all three major French trophies, including the now-abandoned Coupe de la Ligue.

Strasbourg came from behind twice to earn a point at Metz earlier this season. Dylan Bronn opened the scoring from the spot, but he missed another penalty later on as Eiji Kawashima’s made a crucial save.

Metz will continue to play without their top-scorer Ibrahima Niane. The Senegalese striker scored each of Metz’s first six goals in the first six league games, but he is out of action since then with a cruciate ligament rupture.

Mohamed Simakan, who is reportedly set to replace Dayot Upamecano at RB Leipzig, is on the sidelines since the injury he picked in the win against Lens.

A game of few chances?

Both teams hope to return to victorious ways after losing their respective games last week. Metz are flying high after fighting relegation continuously in recent season, but it’s Strasbourg’s time to fear for their league status this time around.