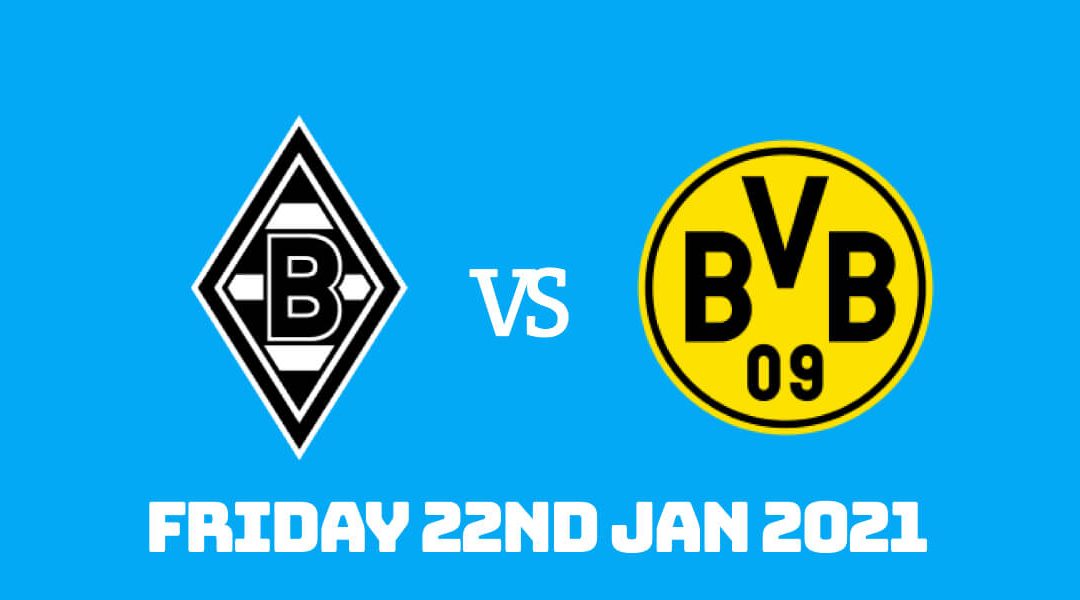 The battle of the two Borussia will open the second half of the Bundesliga season on Friday night. Both teams had a strong start to the new year until the midway fixtures where Borussia Dortmund slumped to their sixth defeat of the season. Borussia Monchengladbach had a tough time of their own but managed to scrape a win against Werder Bremen to close the gap with Edin Terzic’s side to a single point.

Whatever the result of their tie against Manchester City, Gladbach has had a memorable Champions League campaign. They fought toe-to-toe with giants Real Madrid and Inter Milan while scoring ten past reigning Europa League semifinalists Shakhtar Donetsk in two games.

The story remained different in the league for a large spell. Almost all of their games have been dramatic with comebacks one way or another. They managed sensational turnarounds against Mainz, Eintracht Frankfurt, and, most notably, Bayern Munich.

But there were also lots of disappointing games where Gladbach inexplicably dropped points. They conceded a late equalizer to ten-man Augsburg. A reckless red card of their own in Marcus Thuram helped Hoffenheim collect all points from Borussia Park and force a four-game suspension to the star striker. Last weekend’s draw at Stuttgart where Ramy Bensebaini conceded a cheap penalty right at the death.

The midweek fixture against Bremen seemed to follow that route. Gladbach only created a single clear goal-scoring opportunity for the whole game. Luckily, Nico Elvedi makes use of it with a strong header from Laszlo Benes’ free-kick. Boosted by their earlier performances at Bayern and Leverkusen, Bremen looked sharp throughout and substitutes Milot Rashica and Leonardo Bittencourt came very close to tie the game.

The last time Dortmund scored a first-half goal in Bundesliga was in Terzic’s debut as head coach. In the last five games, Dortmund showed great spirit after the break. It was the same against Leverkusen, where they created a plethora of chances, but it was a kind of game decided by the smallest of margins.

After both sides drop further points in midweek, Leverkusen and Dortmund were looking for the three points. It gives us probably the best Bundesliga game of the season with a high tempo end-to-end football. Dortmund started brightly, but the hosts changed gears suddenly to dominate the first-half.

Dortmund were lucky that only Moussa Diaby’s strike separated the sides at halftime. It was almost a tale of two halves. Erling Haaland’s cheeky smile just before the second-half kick-off was a sign of things to come. Julian Brandt’s excellent goal levelled the score, but the all-out attack display at both ends made it anyone’s guess.

In the end, Leverkusen took all points courtesy of the wunderkind Florian Wirtz ten minutes from time. The defeat means Dortmund lost more than one-third of their league games. If there was any hope of a title charge by Dortmund, this sets it straight. It’d take much better than this from Dortmund to make it to the Champions League with a host of teams in contention.

Dortmund and Marco Reus enjoy the sight of Gladbach

Dortmund’s captain scored a joint-top ten goals in this fixture. The only time Reus lost against his former club Gladbach was back in 2013 when his current teammate Thorgan Hazard came off the bench for the Foals. The Black and Yellows won each of their last twelve games against Gladbach.

Ironically, the biggest ever Bundesliga win is held by Gladbach against none other than Dortmund with a 12-0 victory in the final matchday of the 1977-78 season.

Thuram will be back to the side after his ban ended midweek. The French duo Thuram and Alassane Plea were key in Rose’s memorable first season and the Champions League group stage. Still, they both have been largely disappointing in the league this term. They could start up front against Dortmund as Breel Embolo was left out of the squad against Bremen for breaching COVID protocols. Friday night’s game could also come early for him as he needs a couple of negative tests to join team training.

Terzic has further problems besides the result at Leverkusen. After knowing Axel Witsel would be on the sidelines for months, Thomas Delaney had a decent performance coming in his place. However, the Danish midfielder picked up a fifth yellow card that rules him out from the trip to Gladbach. Dan-Axel Zagadou, Marcel Schmelzer and Hazard are the other Dortmund players out of this fixture due to injuries.

Gladbach to break the spill?

Records are there to be shattered. Gladbach would barely get a chance as good as this to end their abysmal run against Dortmund. They proved impeccable for the big sides under Marco Rose as he masterminded wins against Bayern and Leipzig this season. Dortmund are struggling to find balance in their team, and confidence is very low in the squad right now.