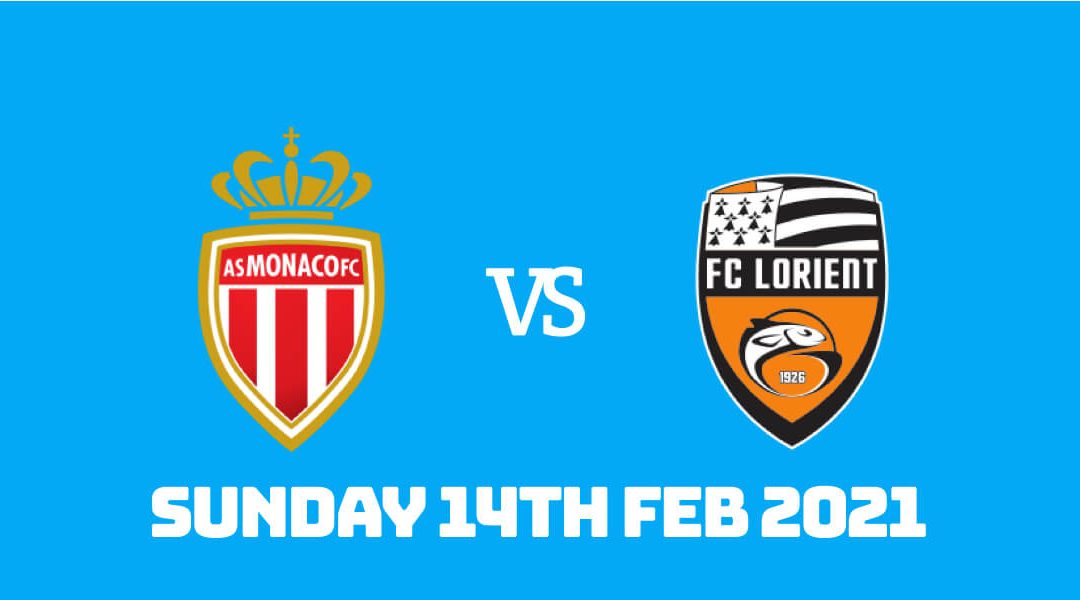 Two in-form sides go head-to-head in Sunday's early Ligue 1 encounter as high-flying Monaco host Lorient. Nico Kovac's team is currently fourth in the standing, but they're only three points shy of the Champions League spot. Monaco won each of their eight fixtures in all competitions since the turn of the year. Lorient stirred clear of the relegation zone after ten points from their last four games after only collecting twelve in the previous nineteen.

Monaco in stellar form since the turn of the year

Only Monaco and Manchester City have a 100% record in 2021 from Europe's top-five leagues. Monaco won seven straight in Ligue 1 before progressing to the next round in Coupe de France in midweek. They started the year at seventh place, but now there is a 13 points gap between them and seventh-placed Metz.

Incidentally, the run started with a 5-2 win against their next opponent Lorient. Their recent run at Nimes was nervy despite Monaco opening up two-goal leads on either side of halftime.

Aleksander Golovin, who missed the majority of the season with a hamstring injury, scored a hattrick and assisted Kevin Volland's 12th goal of the season. The bottom-placed side reduced the score to 4-3 ten minutes from time, but the visitors held on to the points to record their 15th win of the season.

There was also a scare for Monaco in midweek in the cup as they faced promotion hopefuls Grenoble Foot 38. Stevan Jovetic was the match-winner as Kovac's much-changed side resisted Grenoble's late pressure for the equalizer.

It's about time that Lorient climbed out of the relegation zone with their form in the last few games. They beat direct competitors Dijon and the mighty PSG by the same 3-2 score with the winning goals coming in injury-time.

Quentin Boisgard's late strike helped them to get a solid point away from home at Rennes. Christophe Pelissier's side finally climbed to 17th place after a narrow win against Reims last week, a third consecutive home success.

Defensive midfielder Laurent Abergel, who also opened the scoring against PSG, scored the game's only goal against Reims last week. Lorient also beat the other capital club, Paris FC, in the cup midweek. They once again relied on second-half goals as they came from behind thanks to goals from joint top-scorers Yoane Wissa and Terem Moffi.

Monaco won each of their last five against Lorient

Monaco kept the clean sheet in each of the previous four games against Lorient before their meeting earlier this year. They also beat Lorient 5-2 in there as it kickstarted a stunning run for Kovac's troops. Golovin opened his account for the season in that game as Lorient had to play almost the entire second-half with ten-men.

Monaco have the full squad except for Cesc Fabregas and Gelson Martins, who had knee surgery recently.
Thomas Fontaine and Stephane Diarra are yet to feature this year, and they've to wait for more time to get their chances.

It'd not be easy for Monaco as they also had to fight hard for their recent wins against cellar-dwellers Nimes and second-tier Grenoble. They only kept one clean sheet in the league this year, but they scored more than three goals per game. Lorient could find it hard to keep hold of Monaco's attacking play despite their recent excellent form. A ninth win on the trot would mean Monaco push further to join the title race.