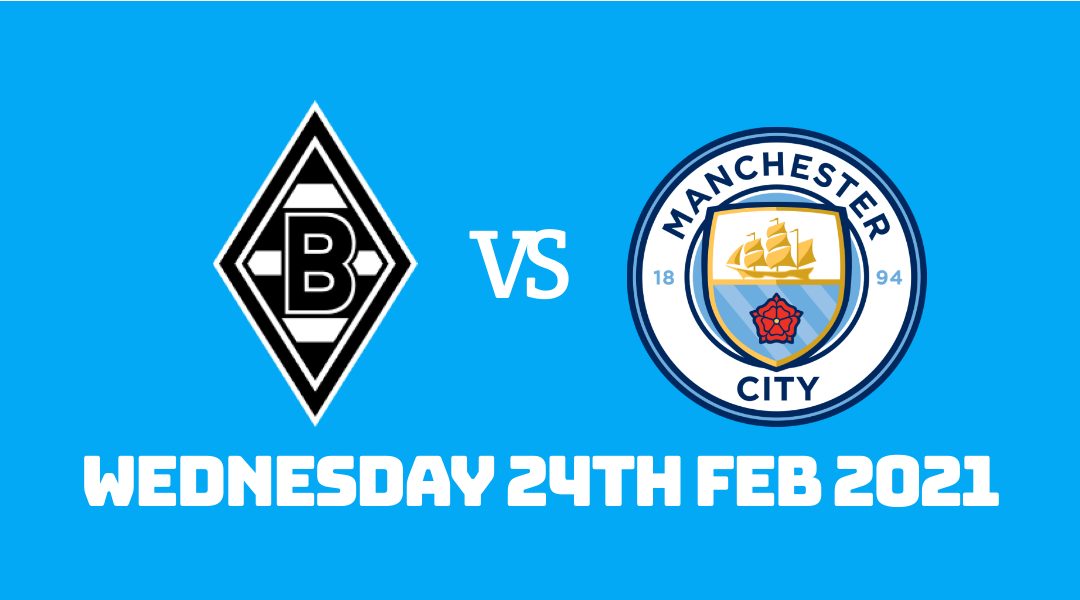 Borussia Monchengladbach face a daunting task as they host Manchester City, who have won each of their 15 games since the turn of the year. Pep Guardiola’s side extended their winning streak to 18 games with a 1-0 victory at Arsenal on Sunday. Gladbach are now nine points shy of Champions League places in Bundesliga. They lost two home games on the trot after a single defeat in the previous ten.

It’s been expected for a while, but the news of Marco Rose joining the other Borussia, Dortmund, is affecting Gladbach’s season. The Austrian didn’t want to deny the negative connotation of the word breaking in midseason after their shocking defeat against Mainz.

It happened after Koln, another relegation-threatened side, came away with all three points from Borussia Park. Gladbach were also lucky in a goalless draw at Wolfsburg as they only collected two points from the last four games.

Sporting director Max Eberl continues to insist that they don’t plan to bring an interim replacement. However, a soaring defeat against Europe’s in-form side, Manchester City, could force him to change his stance. Rose would face his future club Dortmund in the cup with the competition bringing a realistic chance of title triumph for both sides.

Guardiola is gunning for another historic season

A sextuple winner with Barcelona, Pep has another chance to do a miracle with Manchester City. They’re in a great position to win all four titles this season. City await out-of-form Tottenham Hotspur in the EFL Cup final while they reach the quarterfinal stage of the FA Cup.

There is little doubt as to where the Premier League crown is heading this season as City has opened up a ten-point gap. The next two games present a good opportunity for any questions; they host surprise Champions League place contenders West Ham United before the Manchester derby. You could be hard-pressed to find any other teams in good form in Europe as City will be the automatic favourites for the Champions League triumph.

In a season where the games are coming thick and fast, City is the only team that have maintained their consistency for an extended period. Many expected Pep could be tempted to move on after last season’s disappointing Champions League exit by Olympique Lyon, but City came back stronger to win it all this term.

Gladbach knocked out City in their 1978-79 UEFA Cup triumph

The first meeting of the sides was at the end of the 1970s, in the decade when Gladbach won two UEFA Cups and reached three more European finals. A 4-2 aggregate quarterfinal win against City set them in the tone for their last hurray in Europe.

This will be the first time they meet in knockout stages since then as Gladbach had to wait until this season to progress from a Champions League group. Their last meeting ended in a fierce 1-1 draw in the 2016-17 group stage, however, with both teams reduced to ten men. Gladbach were also one of the most formidable opponents to Pep Guardiola’s Bayern in head-to-head games.

Despite the bad run of form, Rose has his full squad available for selection in Gladbach’s first knockout tie in the Champions League format.

Summer signing Nathan Ake is only limited to nine appearances with a hamstring injury, and he’s not expected to travel with the team. Sergio Aguero, who scored four goals against Gladbach, also featured only nine times due to injury, but he’s now back in the squad.

Manchester City to go for a 19th successive win?

Gladbach were superb in this season’s Champions League until the final day defeat at Real Madrid, where they looked out of sorts. Unfortunately, recent performances suggest for more of the same against City, who will be the favourites against any team in Europe right now.