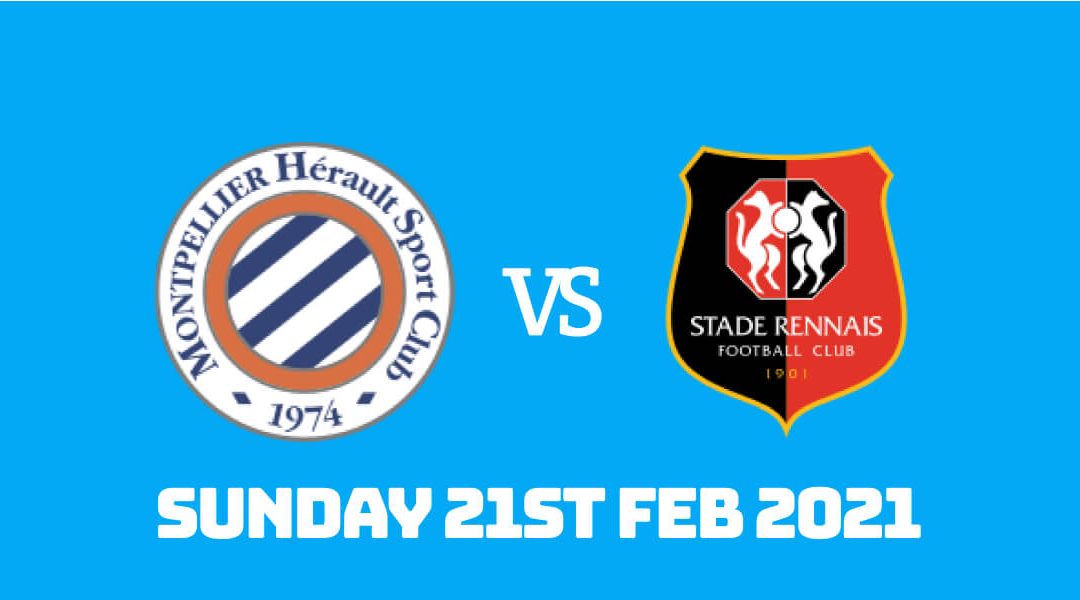 Rennes look for their first win in over a month when they travel to Montpellier, who climbed to ninth after two successive wins. Julien Stephan’s side only scored two goals in their last five games across all competitions. Meanwhile, Montpellier shocked title hopefuls Olympique Lyon, last week with a 2-1 win away from home.

It’s not always been an easy season, but the 2011-12 champions are now on the right track. They head into a third successive top-half finish in the league while they progressed to the fourth round in the cup.

Michel Der Zakarian’s team won each of their last games in all competition. The comeback win against Dijon, thanks to four second-half goals, ended Montpellier’s nine games winless run. They only collected three points in that run where they conceded more than a goal in all but two games.

Montpellier knocked out Strasbourg from the cup, with Andy Delort and Petar Skuletic finding the net in the end of both halves. They followed it up with a stunning win at Lyon as halftime substitute Elye Wahi scored the winner. The 18-year-old striker netted three times in only 253 minutes of league action.

For all the quality in their attacking ranks, Rennes struggled to create many opportunities in the final third this season. They’ve only scored 31 goals after 24 matches, and only six of them came since the turn of the year.

Stephane’s side is yet to win at home this year. They could only get a draw against the newly-promoted sides Lorient and Lens this month. A home defeat against Saint-Etienne followed last week as Serhou Guirassy went ten league games without scoring a goal.

The summer signing from Amiens last scored in September against the same opponent. An ankle injury that kept him out of the squad for a couple of months didn’t help, but he struggled to make a telling effect in the final third. Still, he’s the club top-scorer with six goals in all competition, although only half of them were in Ligue 1.

Rennes unbeaten in nine against Montpellier

The last time Montpellier beat Rennes was in the penultimate matchday of the 2015-16 season. After three draws in the fixture, Rennes came out victorious in each of the last three times they locked horns with Montpellier.

The earlier fixture between the side this season resulted in two sending offs. Florent Mollet and Martin Terrier are both known for making things happen in midfield, but they both saw a straight red card. After his excellent performance in the curtain-raiser at Lille coming off the bench, Eduoardo Camavinga scored a solo goal to help Rennes to a 2-1 win in their first home game.

But that was the only time the sought-after 18-years-old midfielder was involved in a direct goal despite only missing a couple of games this term. Stephane has his full squad raring to go for the trip to Montpellier.

The hosts have no injury worries either. Der Zakarian knows the good form of his strikers — from experienced Andy Delort to Wahi — is the key to their success.

Rennes to keep their good run against Montpellier?

The hosts came to this in good form, but Stephane’s side would get a boost from their solid record in the fixture. Although Montpellier is three points behind Rennes in the table, they scored ten more goals than the Brittany club. They conceded 45 goals, however, as only two teams let in more strikes.