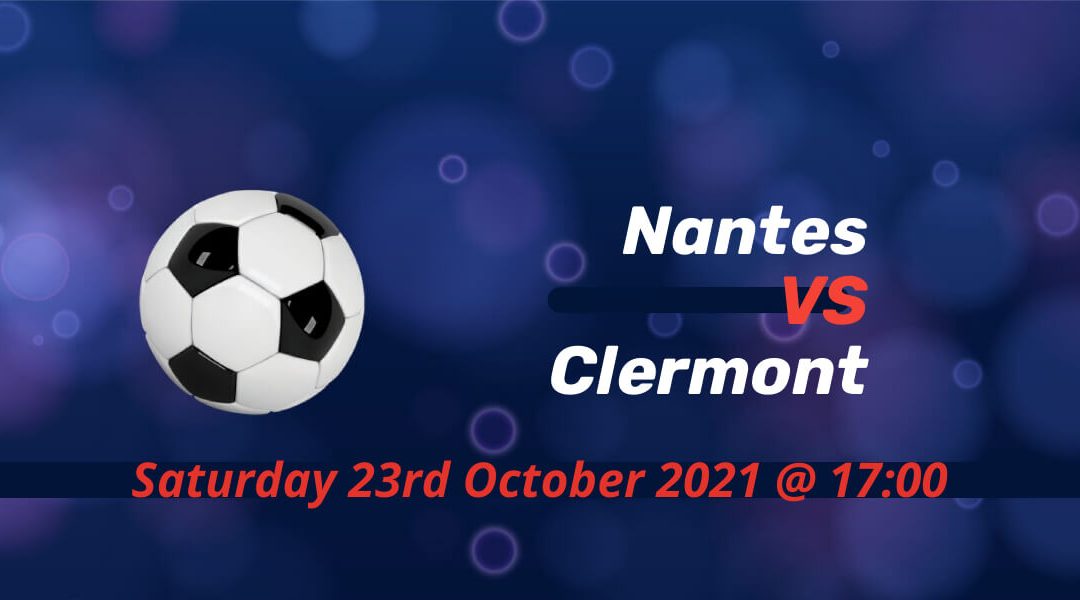 Two teams that exceeded expectations so far in the Ligue 1 season faced each other in the first Saturday game of the weekend as Nantes entertain debutant Clermont. Antoine Kombouare managed to save Nantes after Nantes tested many things all season last term. Now he’s managed to put the side in the top half of the season with one-third of the season already gone. Clermont grasp lots of attention with their exciting football and they came to this fixture after beating champions LOSC Lille.

Since leaving PSG, Kombouare made a name for saving clubs from their worst fear of relegation. There were hardly any expectations when he replaced Raymond Domenech with Nantes languishing in the wrong end of the standings.

They managed to secure survival with an impeccable form in the final few weeks of the campaign. Although they lost key players in the summer including Imran Louza, Nantes started the season with some aplomb.

Nantes secured a draw in the opening fixture of the Ligue 1 season. They continued with their solid defensive display including a stunning derby win against high-flying Angers SCO. They currently sit only three points off the Champions League places as they recorded four wins from the first 10 outings of the season.

Clermont became a team to watch in France

Clermont’s two coaches before Pascal Gastien had the club put on the map of European football. Having become among the first teams to trust women in the men’s football coaching, Clermont finally made it into Ligue under the underrated Gastien.

They brought their enterprising football to the French’s top-tier football. The first three weeks were sensational. Clermont secured wins both in their first home and away fixtures of Ligue 1.

Their winning streak came to an end at Lyon on the third matchday, but the comeback 3-3 draw was their biggest result of the season. They also managed to upset out of sorts LOSC Lille in their last fixture to climb out of the relegation zone.

It’ll be the first time the two teams meet since 2013. Back then, when Nantes were in Ligue 2, the away sides win the two fixtures in the second-tier. Clermont managed four wins in their last ten games against Nantes.

There are no injuries in both camps before their clash on Saturday. With both sides among the teams who had narrow squads, the coaches must have options on the bench.

Nantes will be the favourites

Nantes secured a vital point away at Bordeaux after the international break to sit ninth in the standing. Vital N’Simba’s first-ever goal meant Clermont returned to winning ways against Lille. For both, survival was the plan before the start of the season. Both can now dream of finishing in the top half of the standings.