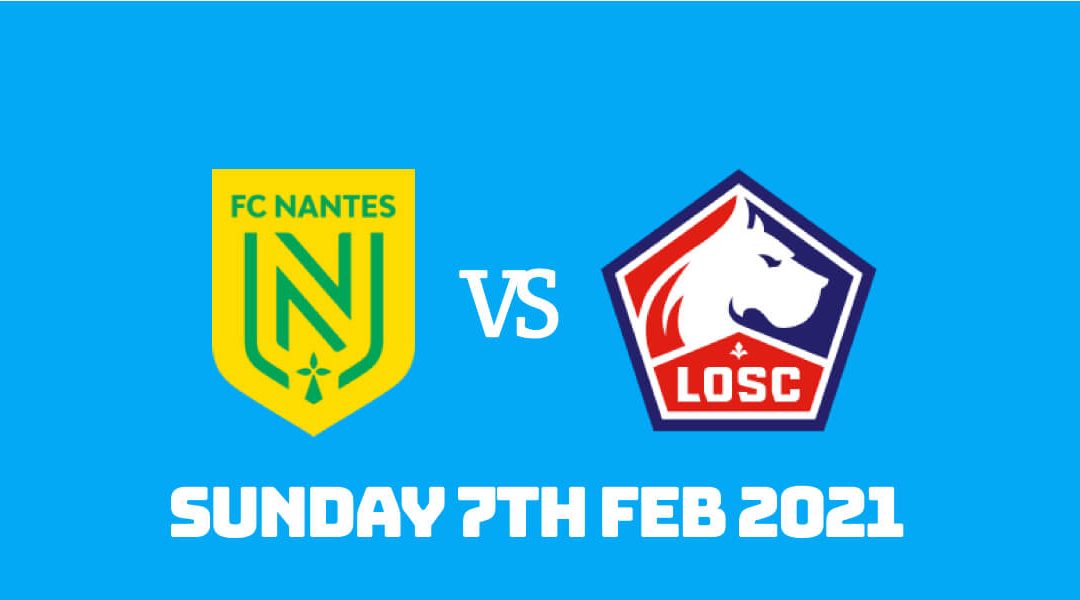 Lille travel to relegation fighters Nantes as they aim to maintain their lead at Ligue 1 summit. Christoph Galtier’s side picked up their fifth straight win midweek thanks to three second-half goals. Nantes only salvaged a point at St. Etienne in the game of two sleeping giants.

The Canaries in a relegation dogfight

Nantes’s midweek fixture at St. Etienne was an excellent opportunity to ease the pressure for the historic club. Randal Kolo Muani put them ahead, but they couldn’t hold on to the three points as they succumbed to their tenth draw of the season.

Nantes only won three games this season as they succumbed to ten defeats so far in the league. Raymond Domenech returned to a managerial job after a decade of absence as he became Nantes’s third coach this season. The 69-years-old former French national team coach is still waiting for his first win after six games in charge.

Domenech’s last job in club football was at Olympique Lyon before he diverted to France U21 in 1993. It’s a sensational return as Nantes hopes his experience helps their case in a difficult time for the club. But it’d be a further blow for Domenech’s status if the eight-time league winners end up getting relegated.

He didn’t have the best of farewells at France national team as they knocked out of the 2010 World Cup group stage. However, he led the team to the final four years earlier, as they lost to Italy on penalties. Lyon is the only club Domenech coached in Ligue 1 before he returns to coaching this year.

The match kicks off at 16:00 on Sunday 7th February 2021 and although there is no viewing scheduled at the moment, keep an eye on the Bet365 channel for any changes.

Turkish international Yusuf Yazici is enjoying his best season in professional football. He scored a career-best 14 goals in all competitions this season. Half of his goals arrived in Ligue 1 including crucial strikes in both of Lille’s last two league games.

He was the game-winner against Dijon last week when Lille took advantage of PSG’s slip to sit top of the league. Yazici was at it again on Wednesday as he opened the scoring at Bordeaux. In the end, Lille won 3-0, but Yazici’s strike was so vital to open the game for the title hopefuls.

Yazici missed the first two games of the year due to contracting COVID-19, but he came back stronger as he turned into a key player for Galtier’s side. He played alongside Timothy Weah at Bordeaux in what was a rare start for the United States international. Weah scored his third goal of the season to double Lille’s advantage before Jonathan David made it three off the bench.

Lille continues to show solid organization at the back with no goals conceded in their last three games. Maik Maignan managed to keep 12 clean sheets after 23 rounds. The three goals in midweek mean they now score 40 league goals.

Lille won in each of their last five head-to-head encounters with Nantes. They’ve only lost once against Nantes in the league since 2004; the reverse fixture saw a 2-0 defeat for Nantes. Skipper Nicolas Pallois scored an own-goal before Burak Yilmaz netted his first goal in French football from a penalty-spot.

Yilmaz wouldn’t be on the field this time, however, with a calf injury. In his absence, his compatriot Yazici took full responsibility in front of the goal. Galtier showed that he has potent attacking power in midweek with further changes to the starting lineup.

Domenech has his full squad to prepare against the league leaders. Pallois would be back to the side after missing the midweek game at St. Etienne due to his red card against Monaco.

A setback in Lille’s title charges?

Lille are on a winning streak while Nantes struggle to find inspiration. This would be another tight game for the league leaders as Nantes aim to steer clear of the danger zone.