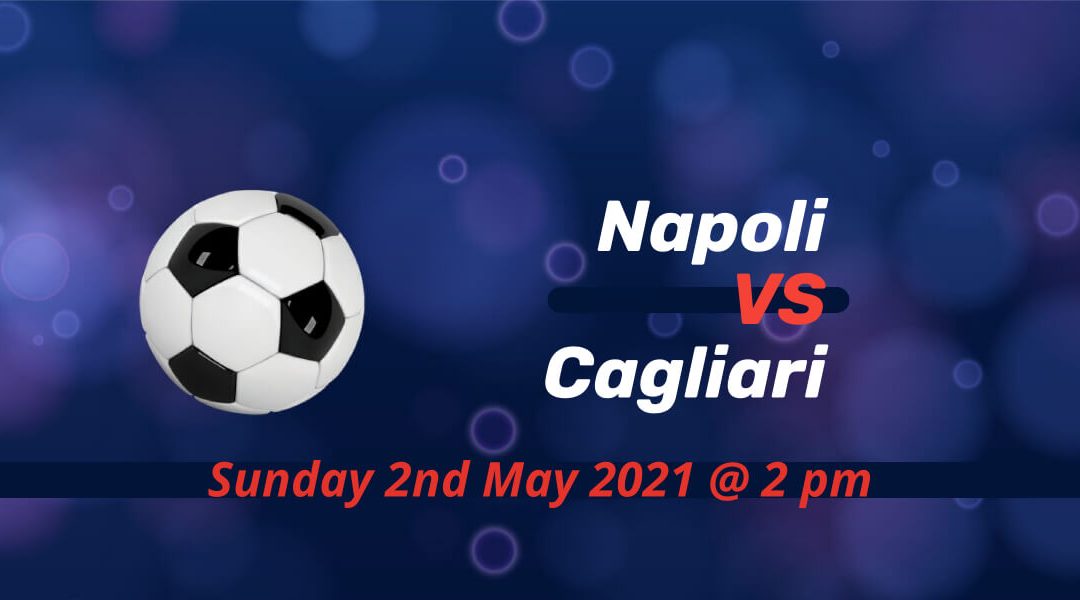 Two in-form teams in a different battle lock horns on Sunday as Champions League hopefuls Napoli host relegation fighter Cagliari. Gennaro Gattuso’s side is enjoying a great end of the season. Their form sees them jumping to Champions League spot. Cagliari won each of their last three games in an attempt to avoid the drop.

Napoli climbed to third after one defeat in eleven

The rescheduled fixture against Juventus is the only time Napoli lost in Serie A since the end of February. Gattuso is criticized heavily with the fingers pointing at him for not playing to his squad’s qualities.

But it’s been a great couple of months by the coach, who will most likely leave the club in the summer. They start to keep clean sheets while the goals keep flying from all sources, including Victor Osimhen. He had a tough time after joining the club for a hefty sum from LOSC Lille.

Their win over Lazio was a sensation, in particular. All seven goals in the game were a beauty in their own right in a match that was a perfect advert for Serie A. They followed it up with a win against Torino, who recently made life hard for many clubs in their bid to remain in the division.

The match kicks off at 14:00 on Sunday 2nd May 2021, and the entire game will be available on Premium Sport.

The rollercoaster win against Europa League semifinalists Roma helped Cagliari disappear for the first time since matchday 18. Romanian midfielder Razvan Marin played a big part in the 3-2 win for Leonardo Semplici’s side.

Marin scored the second goal before adding an assist to his name seven minutes later. Cagliari’s in-house legend Joao Pedro scored the third with a header for his 15th league goal of the campaign.

Semplici collected seven points from his first three games as Cagliari coach before losing each of the following four outings. But his team is now well in control of their destiny after three successive wins.

Napoli only lost once in the previous 21 games against Cagliari. Gattuso faced the club on five occasions as a coach of AC Milan and Napoli, with four of them, ended up with a win for the former combative midfielder. Semplici only managed a single draw in five games against Napoli.

The reverse fixture was played earlier this year. Napoli won 4-1 thanks to three goals after the hour mark after Piotr Zielinski put the guests in front on two occasions.

Faouzi Ghoulam, who also missed games due to a COVID-19 positive test earlier this month, is most likely out of the season with a cruciate ligament rupture.

The matchwinner against Roma, Marin, is out of this game due to an accumulated yellow card suspension. Former Napoli midfielder Marko Rog is missing for a similar reason to Ghoulam. Alessio Cragno and Gaston Pereiro are not on the side as they’re both quarantines.

A battle that could go until the last drop

It’s common to see games that are only important for the one side at this stage of the season. But both teams need the points here for different purposes. Napoli are the favourites, but Cagliari know too well that Torino could surpass them again with their recent good run of form.