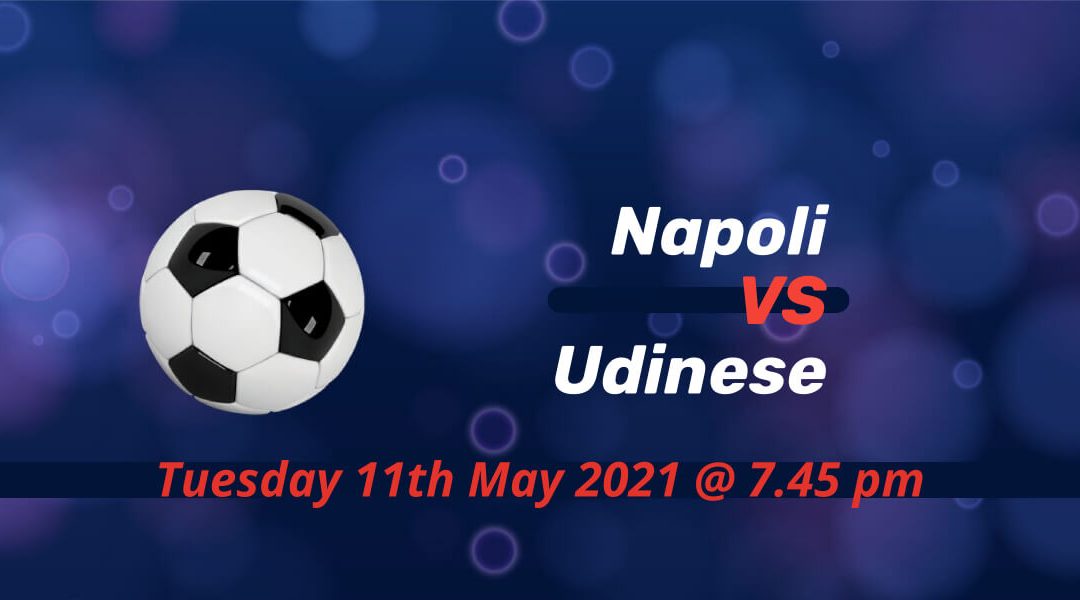 Napoli hope to consolidate their place in the top four when they host Udinese on Tuesday night. Gennaro Gattuso’s side placed higher than Juventus after the weekend’s round of fixtures. Udinese reached the 40-points mark with a draw against Bologna.

Inter became the first team out of the top five leagues to clinch a league title. Still, the race for the remaining three Champions League slots for Serie A clubs is fascinating. There have been many twists in the fight that currently include as many as five teams for three positions.

Napoli continued in their great form on Saturday as they dispatched relegation-threatened Spezia 4-1. The Serie A debutant won at Napoli in the reverse fixture, but a brace from the in-form Victor Osimhen helped Gattuso’s troops to a 3-0 halftime lead.

The head-to-head between Juventus and AC Milan later in the week promised Napoli — along with Atalanta, who also won their game comfortably — would be benefited from the outcome. And the Turin club's defeat means Napoli are now a point ahead of the Old Lady.

The match kicks off at 19:45 on Tuesday 11th May 2021, and the entire game will be available on Premier Sports.

After losing to Juventus with Cristiano Ronaldo’s late brace, Udinese shared the spoils against Bologna in a battle of two teams who are sure to finish the season in the middle of the table.

Udinese had a good game against the nine-time successive champions before the final ten minutes changed everything. They will have to fight another game against Champions League hopefuls as they travel to Naples.

Once again, they squandered an early lead against Bologna. Ricardo Orsolini scored the equalizer eight minutes from time for the visitors. Rodrigo De Paul is a sought-after attacking midfielder, and it was him who put Udinese in front in the first half with his ninth league goal of the season.

Udinese only managed one draw in their previous ten matches against Napoli. Tiemoue Bakayako scored a rare goal to snatch all three points for Napoli in the reverse fixture.

Diego Maradona, commemorated with the renaming of the stadium following his death, scored the most goals in this fixture with nine. Udinese’s own talismanic striker Antonio Di Natale scored eight against Napoli.

Faouzi Ghoulam will not be back before next season, while Kalidou Koulibaly and Stanislav Lobotka are still on the sidelines. Nikola Maksimovic is recovering from COVID-19 as he’s the latest name in Napoli’s long list of players who missed games due to the virus.

Sebastian Prodl has a long suspension while Gerard Deulofeu and Jayden Braaf are injured. Three Udinese players missed the majority of the season due to cruciate ligament injuries.

Napoli to move one step closer to UCL football?

Juventus have the more daunting fixtures in the remaining season as they face Sassuolo and Inter in the next two games. Napoli will look forward to ending the season on a note similar to how they spent the majority of 2021.