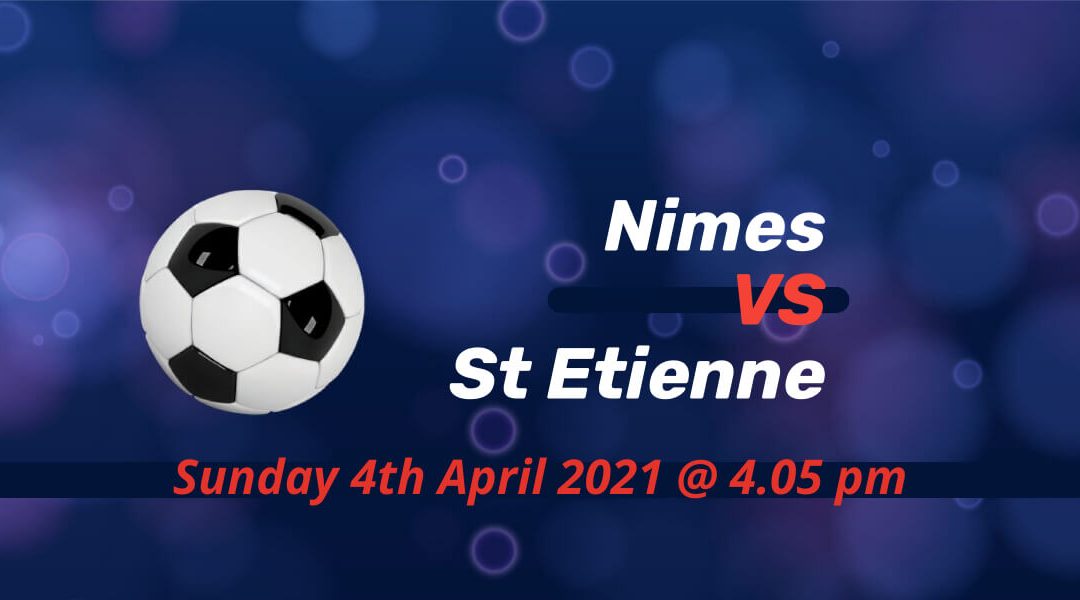 A relegation six-pointer will take place in Ligue 1 on Sunday at Stade des Costieres as Olympique Nimes will try to enter Saint-Etienne into the mix. Saint-Etienne are currently four points clear of their guests, with Nimes having equal points with 17th placed Lorient.

Four points for Plancque’s Nimes in the last two

Nimes helped their cause by collecting four points in the past two games before the international break. They were in a good position to record a home victory against Montpellier before conceding a late equalizer.

Moussa Kone scored his fourth goal of the season on the night as Nimes hope to get out of the drop zone. They successfully secured three points before the league got interrupted with a 2-1 win at Lille.

Christoph Galtier’s side is in a battle of their own as they hope for a surprise Ligue 1 triumph. Yet Nimes, who are fighting for their lives, managed to spurn a surprise result by taking the lead twice in the first half. Kone scored for a consecutive game before Renaud Ripart scored the winner with all the three goals of the match scored before the halftime break.

Claude Puel’s side lost three of their last four games, and they’re now well in contention for the teams who play to avoid the drop. After they face the vastly improving Nimes, they will be in action against Bordeaux. The latter are another team yet to distance themselves from the drop zone.

Next up would be a trip to PSG for Saint-Etienne as Puel’s side need to collect some points from these three fixtures to avoid a panic ending to the season. With the teams who spent most of the season in the bottom three showing improved form, anything could happen between now and the end of the season.

The home defeat against Monaco, the best Ligue 1 sides in 2021, was Saint-Etienne’s most significant since the 5-0 reverse by Lyon in the derby. Puel is not helping his case as the club who won the most Ligue 1 titles could be dropped to second-tier in a season where PSG have a chance to equal the record with their tenth triumph.

Saint-Etienne won four of their last five games against Nimes, one of which was a Coupe de la Ligue fixture. It was in the Coupe de France where Saint-Etienne reached the final last season, however.

The corresponding fixture ended 2-2, with both teams leading the game at some point. Harold Moukoudi and Arnaud Nordin scored the goals for the hosts that night. Nimes goals were netted by Mattero Ahlinvi and the club’s record goalscorer, Ripart.

No injuries or suspension from the home side for the must-win game.

Meanwhile, Yvann Macon, who only featured six times in Ligue 1 this season, is the only player who is sure to miss joining his side in the trip to Nimes.

Nimes to record a massive win against St Etienne?

Wahbi Khazri came to the rescue for Saint-Etienne at Angers. A similar performance from the experienced heads would go a long way in avoiding a nervy finish for the historic side. Nimes are in an upward trajectory, and they would aim the three points against a direct competitor on Sunday.