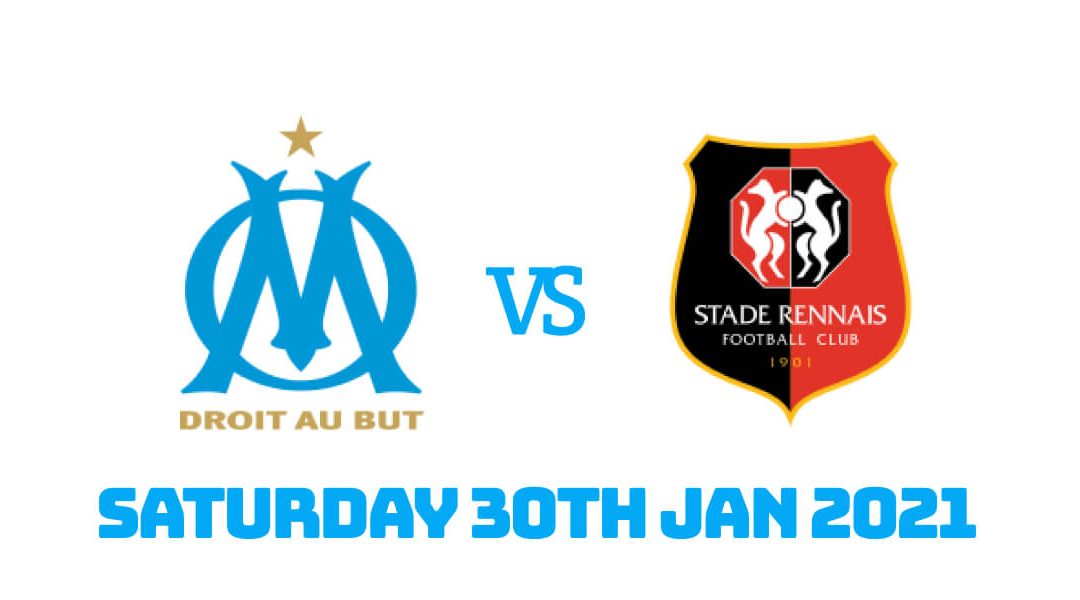 Marseille host Rennes in Saturday’s late Ligue 1 encounter as both sides target to finish in European places. The two clubs played Champions League football this season, but both finished bottom of their respective groups. After a narrow defeat to Lille, Rennes are three points off fourth place. Marseille is far off as Andre Villas-Boas is under pressure.

Since his tenure at a modest Liga Nos club Coimbra, Villas-Boas never lost four games on the trot. That was until last weekend as Marseille squandered an early lead at Monaco. The run started with the Super Cup defeat against PSG. Marseille was lacklustre when they lost at home against Lens and Nimes.

Polish international Arkadiusz Milik didn’t have the best of debuts at Monaco last week. The score was level when he entered the pitch for his first Marseille appearance, but Monaco turned the tables with two late goals. Dario Benedetto had another disappointing night as he only scored four goals in 17 Ligue 1 appearances.

The Argentinian was prolific for Boca Juniors, but he only finds the net 15 times in 54 games in Europe. Although the combative striker felt at home in Marseille, his stats should improve vastly for the club to stand a chance in fighting for Europe.

With Morgan Sanson completing his move to Aston Villa, Marseille sends away three established midfielders since the start of the season. The €20m they received from the Premier League side is a healthy sum in COVID-19 times, however, as Marseille are in a bad financial situation. Young striker Marley Ake could follow suit. He’s expected to join Juventus with Franco Tongya heading the other way round.

Rennes’ first-ever Champions League season was short-lived. The 1-1 draw in their debut game against Krasnador remained their only point in the group stage. With recent Europa League winners Chelsea and Sevilla in the seeding, it was a tough ask for the Brittany club.

After they reached Europe’s premium competition, Rennes had a busy transfer market. They signed a new striker in Serhou Guirassy from relegated side Amiens. At the same time, Martin Terrier joined them from Lyon, who failed to qualify to Europe. Their defence also bolstered with Mayef Aguerd and Daniele Rugani as well as Inter Milan’s fullback Dalbert.

That was not the end, however. There were a couple of late decisions with key players Edouard Mendy and Raphinha leaving for the Premier League. Rennes reacted quickly by signing Dijon’s Alfred Gomis to bring competition in the goalkeeping spot for the 36-years-old Romain Salin.

Curiously, Rennes spend more than what they get from Leeds United for Raphina’s transfer for his replacement as they sign Jermey Doku from Anderlecht for €26m. With Ligue 1 sides actively pursuing a transfer model that helps them sell youngsters with profit, the 18-years-old could be the next in line. The new signings barely made an impact in the first half of the season, however.

Rennes has a good record in their last five travels to Velodrome. A 5-2 win in 2016 was the pinnacle with Marseille unable to content with Ousmane Dembele and Yoann Gourcuff. The corresponding fixture earlier this season was a memorable one for Marseille’s defensive midfielder Pape Gueye.

The 22-years-old scored his first Ligue 1 goal before seeing his second yellow of the night ten minutes before half-time. Rennes turned the game against ten-man Marseille with Adrien Hunou scoring the winner seven minutes before time.

Defensive players Boubacar Kamara and Jordan Amavi are out of this game due to torn muscles. Flavien Tait, who missed the last two games after his ankle surgery, is the only Rennes player currently on the sidelines

A game of few chances at either end?

Both teams have good defensive records this season. At the same time, they haven’t been prolific in front of goal. Julien Stephan is fast becoming one of the emerging top coaches in Europe. Villa-Boas has seen it all, but he now focuses on ending his worst run.