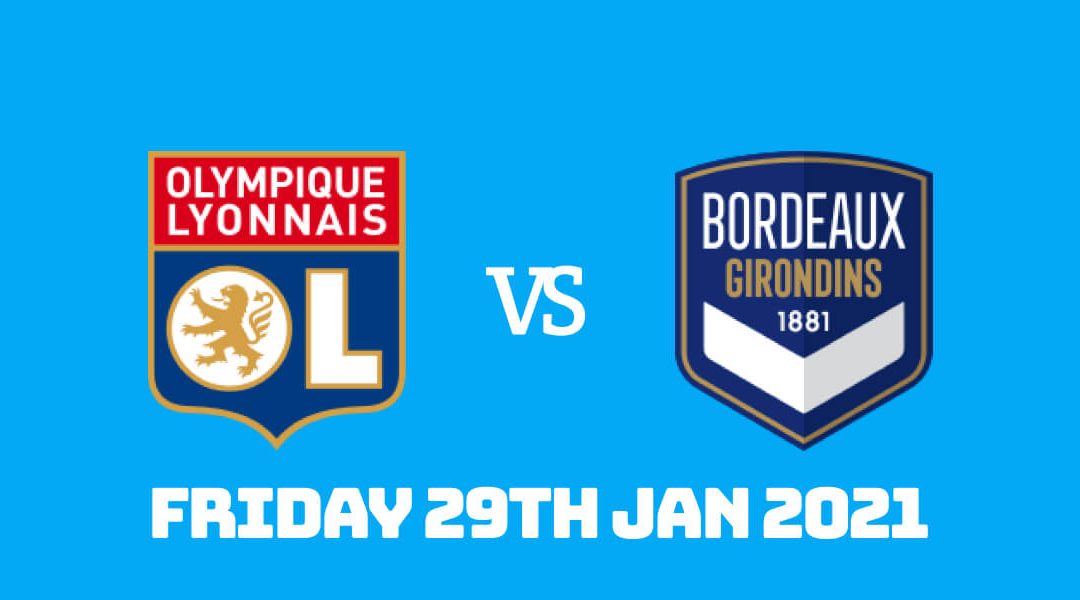 Lyon can climb to the top of the table on Friday when they host Bordeaux in the Ligue 1 week opener. PSG and Lille, who recently dispatched Rudi Garcia's side from the summit, would play their respective games on Sunday. Lyon returned to winning ways in style with an emphatic 5-0 derby win against St. Etienne. Bordeaux is also on the right path with three league wins on the trot.

Rudi Garcia struggled to have Lyon's fans' blessing even after leading the club to the Champions League semi-finals. The season's start was also difficult for the former Roma and, most notably, Olympique de Marseille coach.

Although Dembele only left this January, his contribution to Lyon's surprising title charge was very minimal. In his place, Lyon will hope winter signing Islam Slimani, who had a fruitful half-season at Monaco last year, play a supporting cast to the skipper Depay. The Dutch international's contract at Lyon expires at the end of this season.

Tino Kadewere, who spends last season on loan at Le Havre, is the new star at Lyon. The 25-years-old Zimbabewen international already scored nine goals in his maiden Ligue 1 season. The striker is not shy about his dream of playing alongside the current Real Madrid goal-getter Karim Benzema.

The win against Angers courtesy of Hwang Ui-jo's brace helped Bordeaux to climb to their highest position in the table since the second matchday. The third win in the row put The Girondins in seventh place with listless Marseille sit higher only on a better goal difference.

Jean-Louis Gasset had a tough start in his second spell at Bordeaux. He won only one of his first five league encounters as they only scored three times in the process. They equalled that tally in one game with a confident 3-0 win against Dijon. Bordeaux ended the year in an uninspiring 13th place.

However, they're undefeated in the new year as they make use of the short break to come out like a different side. A goalless draw at Metz followed three consecutive wins as they now trail fourth-placed Monaco by seven points. Most importantly, they opened a 17-points gap between themselves and the drop zone.

With Remi Oudin and Hatem Ben Arfa failed to live up to expectations, Bordeaux finds little inspiration from the South Korean striker Hwang. Experienced striker Nicolas de Preville is also waiting for his first goal of the season. Out of the bottom five, Bordeaux only bettered two teams in the scoring charts.

Bordeaux with a decent record in recent visits to Lyon

Bordeaux is unbeaten in their last four away fixtures at Lyon. After a 3-1 win in 2016, the previous three fixtures at Groupama Stadium ended in stalemates. Alexandre Lacazette, who scored the joint top-scorer of this fixture with six, netted twice the last time Lyon beat Bordeaux at home. The corresponding fixture ended in a goalless draw at the start of this season..

Lyon has no major injury worries ahead of Friday's fixture. Lucas Paqueta missed the derby win, but he's expected to return to the side against Bordeaux.

The visitors will continue to miss the service of the influential defensive midfielder Otavio. The Brazilian is out of the rest of the season with an injury.

In the three-way title race, Lyon lost their top spot after a home defeat against Metz. The Kids would face another tricky fixture against Bordeaux, which has a good record of late in Lyon. The visitors are also on a three-game winning streak, and they only conceded five goals in their last six games.