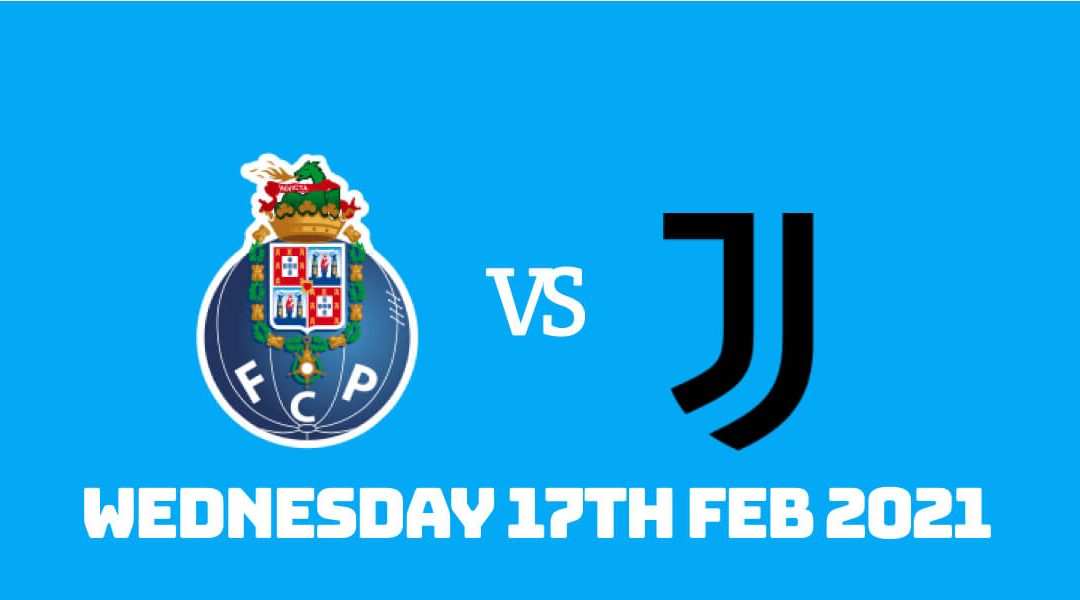 After a weekend of action that saw their respective title hopes faded, Porto and Juventus clash in the continental front. Porto trail Sporting CP by ten points after only securing a point against relegation-threatened Boavista. Juventus suffered their second defeat of the calendar year leaving them eight points shy of Serie A leaders Inter.

Porto hope to build on a solid group stage form

Three consecutive draws in the league mean Porto now have little chance of defending their title. However, they’re in pole position to repeat the cup success after a first-leg 1-1 draw at Braga in the semifinals.

In the group stage of this season’s Champions League, Porto were too much to handle for Olympiacos and Olympique de Marseille. After the opening 3-1 defeat at Manchester City, where Sergio Conceicao was not too pleased by Pep Guardiola, Porto remained unbeaten throughout the group stage.

They didn’t concede a goal in any of the five fixtures including a goalless draw at home to high-scoring Manchester City. Porto made it into the knockout stage of the Champions League in five of their last six appearances. They beat Roma in this stage two years ago before being knocked out of the competition by eventual winners Liverpool.

A setback for Juve in title aspiration

Juventus got a taste of their own medicine on Saturday at Stadio Diego Armando Maradona. They were resilient against Inter to reach the Coppa Italia final in midweek. Napoli needed a similar type of defensive performance to keep Cristiano Ronaldo and co. from scoring as they make up for the Supercoppa Italiana defeat.

In the absence of Kalidou Koulibaly and Kostas Manolas, Amir Rrahmani and Nikola Maksimovic produced a memorable performance at the heart of Napoli’s defence. Lorenzo Insigne’s 100th goal for the club was the difference as Juve faced a setback after three consecutive wins set them on track in the title race.

They will hope to return to winning ways at Porto. The Old Lady hopes to add European glory to their domestic dominance. The transfer of Ronaldo was a significant catalyst to push them in the right direction as was seen in their comeback win against Atletico Madrid. They’ll hope to put last season’s disappointing exit by the hands of Lyon behind them, however.

This is the second time the sides have met in the first knockout stage of the Champions League. Juve progressed to the 2016-17 quarterfinal after an aggregate 3-0 win over Porto. The Portuguese side had to play the majority of the tie with ten-man with red cards in the first half of both games.

The clubs’ first fixture was back in the 1983-84 Cup Winners’ Cup final where Juventus lifted the title with a 2-1 win. Porto only managed a single draw against Juventus in five meetings so far.

Otavio is the new addition to Porto’s injury-list as the Brazilian midfielder joined Nanu and Zaidu Sanusi in the treatment room.

Juan Cuadrado was one of the key players on Andrea Pirlo’s side, but the Colombian will not be travelling with the team after an injury picked up in Naples. Former Porto players Alex Sandro and Danilo are expected to start for Juve in fullback positions. Arthur, Paulo Dybala and Aaron Ramsey are yet to return to action for the Bianconeris.

Pirlo will have multiple decisions to make for how his side lines up in Portugal. Giorgio Chiellini had a game to forget at Napoli, but he could still be one of the players to be drafted in defence as Pirlo has all four centre-backs fit and raring to go. On the other end of the field, Alvaro Morata could return to the substitute bench.

Juve to continue a good run against Porto?

As shown in the group stage, Porto have a solid defence while Mehdi Taremi and Moussa Marega making things happen in the final third. Juventus were in fine form before the weekend’s defeat at Napoli. They were decent after the break against a stubborn defence, however. Juve fare much better with Weston McKennie, Federico Chiesa and Kulusevski as Pirlo is expected to give the nod to the trio behind the main man Cristiano Ronaldo.