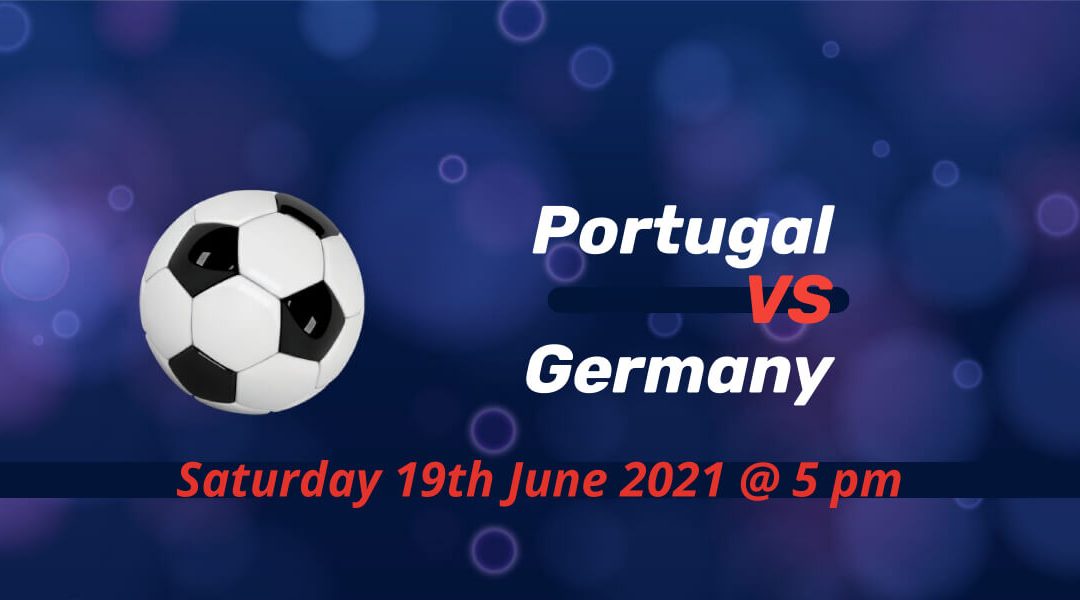 Germany’s challenging route in the group stage continues as they face Portugal in Allianz Arena on Saturday. Portugal started their defence of the European Championship with a hard-fought win in Hungary. Joachim Low’s team had a different outcome as they lost to France in the final game of the first matchday.

Portugal finally made their opportunities count

Not only did they finally beat Hungary, but Portugal managed to do their goal difference good. A flattering 3-0 win put them in an excellent position for qualification. It was far from a straightforward victory, however.

Peter Gulacsi had a great game in goal with Portugal go frustrated with the clock ticking to the final whistle. But, with six minutes left on the regular time, Raphael Guerrero took it on himself with his attempt deflected through to the net via Willi Orban.

Cristiano Ronaldo had an unusually quiet night, but he did make another history. In his fifth European Championship, the Serie A top-scorer finally got past Michel Platini to become the all-time top scorer in the tournament.

There is not much fuss around Germany ahead of the tournament. They had a heavy defeat against Spain in the Nations League before losing out to minnows North Macedonia in their own backyard in the World Cup qualifiers.

But Germany always step up their efforts in the final tournament. And, after losing out in the group stage of the 2018 World Cup, Joachim Low hopes to end his tenure with another success story.

They lost a European Championship opener for the first time in their history. Still, the biggest worry is the lack of sharpness in the final third. For a country that has produced lethal strikers throughout the years, it’s bizarre they now lack a reliable goalscorer.

Germany opened their 2014 triumph against Portugal

Thomas Muller was the headline man when the two teams last met back in 2014. The unfashionable attacking midfielder scored a hattrick, and his antics led Pepe to be sent off in the first half. They will face each other once again as both still going strong, with Muller recalled by Low after a three-year absence from the national team.

Portugal is expected to make some changes from the Hungary game as Fernando Santos has one of the best squad depths in the tournament.

Leon Goretzka could provide something unique for Low if he returns to full fitness for the game against Portugal. Kai Havertz’s disappointing performance could see him benched. At the same time, Low could still be tempted to return Joshua Kimmich to the midfield.

Germany would look to avoid another group stage exit

The time is running out for Low. With Hansi Flick watching his back on the stands, Low knows too well another defeat could put them under immense pressure against a spirited Hungary side. For Portugal, they could relax a bit. However, they would still want to send a statement for their credibility as one of the tournament favourites.