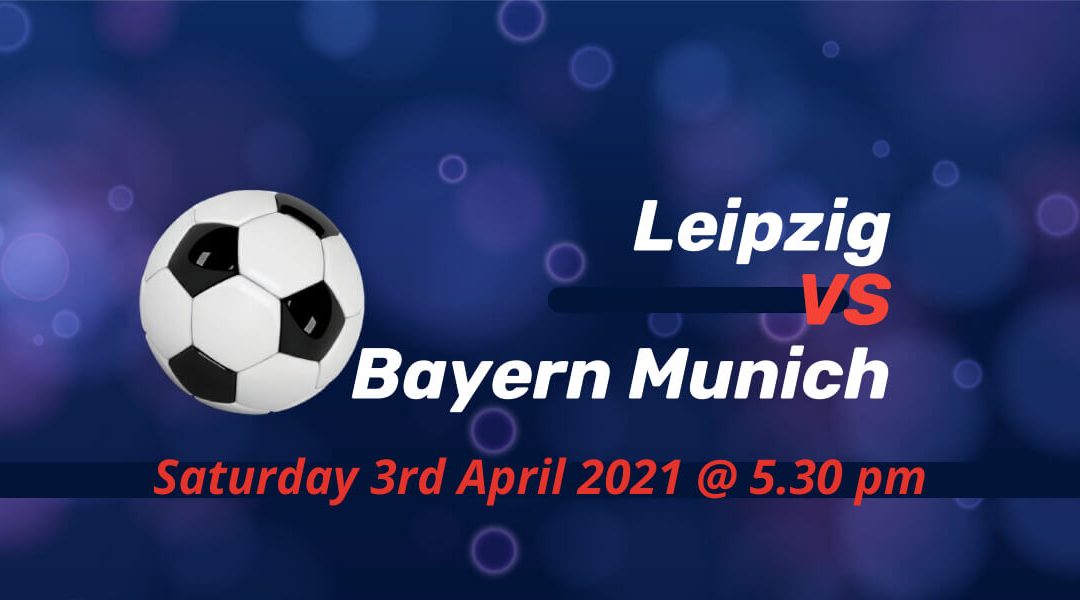 A title decider would take place in Red Bull Arena on Saturday night as RB Leipzig host Bayern Munich. The Bavarians are currently four points ahead of their opponent. Leipzig all but secured a Champions League berth. They're the only team to challenge the eight-time defending champions this season.

Perfect chance for Leipzig to mark a first major title

Whether it's in the Bundesliga or DFB Pokal, Leipzig are currently in the best position to win their first major trophy since their existence. They're in the cup's semifinals with inconsistent Borussia Dortmund, the only big team from the remaining bunch.

In the Bundesliga, Julian Nagelsmann's side ruined a great chance when they drew at home to Eintracht Frankfurt, helping Bayern extend their lead to four points. After the shock defeat to Mainz, Leipzig won six successive games to be in contention once again, but the young manager couldn't go seven in a row.

It's something he has never done in his managerial career for the former Hoffenheim coach. They were eliminated from the Champions League by 2018-19 winners Liverpool after that. Still, a workmanlike win at Arminia Bielefeld put them in good spirit before the crunch fixture.

There were plenty of fears in Bayern camp over this international break, with David Alaba and Robert Lewandowski's involvement in games in Great Britain causing plenty of stirs. The reason was the previously sanctioned rule which would've meant the players potentially forced to be in quarantine after flying in that territory.

That was all sorted out, but there was another bad news for Bayern with talismanic striker Lewandowski injured even before the highly-touted friendly against England and Harry Kane. Lewandowski scored three goals against Hungary and Andorra, but he got injured, which could see him out of action for four weeks.

It's a blow for Bayern as the Polish striker would miss both PSG games as well as the top-of-table Bundesliga clash on Saturday. On a personal note, Lewandowski will be hard-pressed to level Gerd Muller's record of 40-goals; his hattrick against VfB Stuttgart put him at 35 with eight games left in the season.

Three successive draws between the sides

It's never a dull game when the two sides lock horns. Whether the highly entertaining goalless draw last season or the 3-3 earlier this term, it's always full of moments as both sides play enthralling football. The last-gasp 5-4 win at Red Bull Arena courtesy of Arjen Robben's solo strike also came to mind in a game that was initially considered meaningless. Kingsley Coman played three assists in the reverse fixture.

The international break also takes one player out of Leipzig for the game as Marcel Halstenberg is unavailable after being deemed the first contact person with Jonas Hofmann, who was tested positive for COVID-19. His involvement would need a ruling from Leipzig's health office. Angelino is still nursing his injury while Dayot Upamecano could return to face his former club. Kevin Kampl would sit this one after picking up his fifth yellow card of the season against Bielefeld.

This would be the first game Lewandowski miss for Bayern after the latest injury. Jerome Boateng is suspended, while Alphonso Davies is suspended after his early red card against Stuttgart.

A game of few chances or end-to-end football?

It will be an interesting clash either way, as the title race would be affected directly by the outcome. Leipzig would be confident after keeping Bayern at bay in the last three games, although they only managed one win against them in nine games.